A Woman’s Place - Is in an Office in Sweden

This is “NAIs pick” of the week. Every week we pick a powerful piece of native advertising that can serve as inspiration for the industry.

“I am proud to declare that Stockholm is a woman’s place” says the mayor of the Swedish capital, Karin Wanngård.

Invest Stockholm, the official investment promotion agency of Stockholm, used Wanngård’s quote to reinforce the message of their new campaign “A Woman’s Place”. They teamed up with The Local, an English-language digital news publisher, in the effort to attract more female talent to Stockholm and promote the city as the place to be if you are a woman looking to shatter some glass ceilings.

Following the peak period of the #MeToo campaign, Invest Stockholm approached The Local to work out a concept to raise awareness of the city’s excellent reputation for gender equality. They call the result “an initiative”, rather than a campaign.

With its five principles, which are supported by content such as articles and a podcast, and activities in the shape of free seminars, the “A Woman’s Place” initiative is an excellent example of native ads seamlessly fusioning with social, cultural, and political projects. “A Woman’s Place” is in big Swedish companies such as Spotify, King, Klarna, iZettle, and many more.

Though we are not a part of the initiative, the ambition behind “A Woman’s Place” truly resonates with us here at the Institute. This is why it’s NAIs Pick of the Week.

To read more about the “A Woman’s Place” initiative, click here. 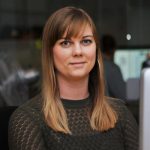