Why native ads are less annoying than traditional online ads

Advertisements are considered a primary tool for businesses and ventures to create awareness about their company as well as promote their products and services while augmenting brand visibility. There is no doubt that establishments and corporations spend hefty sums of money to get their ads online and running.

However, the consumers, customers, and general users on the internet have come to a saturation point where looking at ads or ads popping out of nowhere are looked upon with considerable disdain and considered a nuisance.

According to a recent study by Word Stream, 73% of consumers dislike pop-up ads and find them extremely annoying. Furthermore, 81% of consumers would often close the browser or exited a webpage because advertisements were interrupting their browsing experience.

With thousands of ads been thrown at users, our online surfing is rigged with websites using their white space dedicatedly to showcase ads. No wonder we have become so infuriated by them.

Advertisements are all the same. However, how they approach the audience and the angles they take can define them in the current ecosystem that we have created for ourselves. Native advertisements, in that case, are more informative in nature, while in the end, they still try to convince you and users to associate in some way with the business entity behind them.

Looked upon as sponsored content, native ads can differ from traditional advertising in a sense where they utilize content to build trust and engagement and directly paid opportunity that delivers an in-stream experience for users. Traditional advertisements, on the other hand, can be downright disruptive and can be placed anywhere on the website where there is an allocated space for them.

Native ads fit in with your daily feed

Native ads, however, are those that fit in with your daily feed and can be scrolled out of the eyesight. A many times you will find native ads using their brand voice as well as motives while creating influence through content. This can also refer to a brand showcasing its subject-matter expertise and trying to establish itself as a thought leader within the industry.

While traditional advertising still takes the cake when it comes to business spending and investment, native ads have proven to perform better on mobile devices. For a native ad to be successfully integrated, it has to deliver relevancy and context to the content in which it is featured. However, no such ramifications are required for traditional advertising.

In order to study further how native ads are more user-friendly as well as perform better than traditional ads online, here are some pointers to consider.

Native ads have seen incredible success in the past few years, and with the passage of time, various types of native advertising have emerged. Here for simplicity’s sake, I would like to explain the three most prominent types used by businesses and offered to them by numerous platforms.

These advertisements are placed between the content of the page and enable the reader to consult them in a natural manner as they would do with respect to other posts. Many social media sites often would deploy in-feed ads, and other sites have also used them that offer an ‘infinite scroll’ feature.

Commonly used by e-commerce websites, promoted listings refer to featured and sponsored products that can appear generally appear on category pages. eBay is a prime example here as it no longer charges customers for promoted listings until it results in a sale.

They can also be used for sites that typically do not have editorial content. However, they are designed in such a way that they fit seamlessly into the browsing experience for users.

Many brands nowadays are leveraging content recommendation widgets on major publishers in order to drive traffic towards their websites. Publishers also approve of such widgets as they not only get to increase their audience for themselves but also brands while using content marketing strategy for lead generation.

A good example here can be of Revcontent that operates a recommendation content engine for a wide variety of publishers, including the likes of Barstool Sports, CBS Local, and NBC News, to name a few.

There are several ways to tell if it is a native ad. Some of them are discussed below.

How to tell if an ad is native

If you look at Facebook, you will find the use of the word “Suggested Post,” and for me, it’s quite often because I follow a lot of companies on social media.

Thus a lot of native ads do land in my feed, but since there are in my feed, I can quickly scroll them through for the ones I am not interested in, and that is convenient because traditional ads are a much bigger sore to user’s eyes.

There is no point for a company to post a native ad and then not let you know about their business by offering you some useful links. While they try their level best to dwell in with the rest of the posts in your feed, there is no doubt that all native ads provide you with clickable icons or links to take you to their online store, website, landing page, app store, and whatnot.

The Federal Trade Commission mandates that any native advertising should be labeled as such in order to prevent consumers from being a victim of deception. Hence the ads are almost specified with an obvious mention like “Advertisement,” “Sponsored,” or “Promotional” content.

Other types of crediting include mentions such as “Featured Post,” “Suggested Post,” or something that doesn’t require much interpretation like Forbes that uses “Brand Voice” as their tag to let readers now.

I don’t intend to proclaim myself as tech-geek, but there are a lot of occasions when you are surfing online that you came across notable publishers and intriguing posts. The moment you click on them, a video starts playing while you intend to read what is written.

These videos are the recommended video ads that are part of the seamless integration of branded messages incorporated into the existing content.

Read on to know why native ad works.

Native ads are specifically designed not to look like a traditional ad, and for the most part, they are efficient since they approach marketing to overcome ad blocking and banner blindness. This allows native ads to be molded into different content formats, and hence they can be placed to create a non-disruptive experience for the users.

A lot of users online would recognize the issue where they are constantly bombarded with advertisements, and at times the frequency gets too high. This is known as ad fatigue and results in targeted audiences becoming agitated after seeing the same ad repeat again and again.

Pupils looking for a dependable literature review writing service online also feel that ad fatigue simply ruins their experience. Native ads can fight off ad fatigue by offering something new for visitors and internet surfers. They get more responses from online traffic since they are designed and customized in a way that spells them differently than a traditional ad.

Consumers Can Tell If It Is an Ad

Like I mentioned before, native ads are most of the time accompanied by a label like “Promotion,” “Featured,” or “Suggested” to let audiences know of the intention behind the ad. The audience can then decide whether they want to engage further with the post or simply scroll away until it is no longer in their view.

This makes it extremely convenient, unlike traditional ads that stick out and make your eyes sore. Even students who search for HND assignment help and relatable services online come across a lot of native ads that they can instantly identify.

Native ads have become increasingly popular for businesses that want to promote their services and offer products in a subtle and non-disruptive manner for online traffic of internet users.

Not only do they help corporations to extend their reach and capture their audiences’ attention. However, it is important to know that the publisher is always in control and therefore allows establishments to target audiences that are relevant to their venture specifically.

Not only do they help bring about greater engagement opportunities with prospects and future candidates, but native ads are also a great way to increase brand awareness and reach out to otherwise untapped consumer segments. 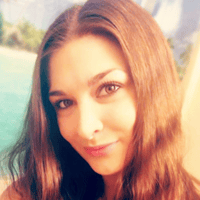 Claudia Jeffrey is a Digital Analyst at the leading platform Crowd Writer. This is where higher education students can acquire professional assistance from experts specializing in their field of study. She likes to doodle and create wall art to keep her creative cogs moving.

Previous story
← Real estate company established thought leadership in the local market - and generated leads at the same time
Next story
A Filipina senator employed native advertising to earn re-election. Here’s the spectacular inside story of how it worked →

These Stories on Sponsored Ads