So rarely do I use the bible when talking about business, but here goes: «Do not build your house on another man's foundation» (Romans 15:20). But this quote seems appropriate when addressing the current Facebook adventure.

The internet is fast becoming a duopoly of platforms: Facebook and Google. Where traffic goes, money follows and consequently finding revenue and viewers is becoming harder and harder for content producers - both media outlets and brands. Let’s face it, the deal with Facebook was always too good to be true: «Make people like you and we’ll make sure your messages turn up in their feed». I admit, it looked good initially, but as the feeds got crowded and Facebook went public, the algorithms had to start changing - and they did.

In 2015, Facebook surpassed Google as the number 1 source of traffic and referrals for content. Organic reach was limited over and over, resulting in traffic-hungry companies pulling out their credit cards to pay Facebook to surface their stories in people’s feeds. “People are going to have to buy traffic from Facebook to level out the peaks and valleys,” one of the publishers said. “Long story short, they’re putting a vice around people’s necks.” 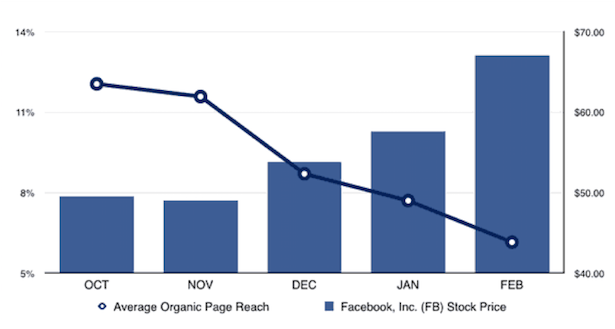 Media companies and brands balking at this squeeze have been struggling to cope with the new landscape where a nice flow of users has been replaced with a cost bearing «social media strategy». Balking at this brands and publishers alike have discovered that you can’t exactly pick up the phone and call Facebook to voice your complaint, and the stark reality is: they are not there for anyone’s purpose than their own.

Saying that Facebook has an extortionist approach to their content providers is perhaps taking it a little to far, but the rate at which 'Instant Articles' has been embraced by a desperate media industry is surprising. Despite the convoluted relationship history, this publishing platform has been hailed as a shiny new toy, publishers simply cannot live without. For those still in the dark, 'Instant Article's is basically a publishing platform for content designed for enhanced experiences in a Facebook environment that looks absolutely fantastic on mobile. Content providers are free to sell their own ads and keep all the money themselves - and Facebook will provide back-fill sales at a 30% cut. Sounds too good to be true? Well, Facebook have capped the amount of ad spaces available, are not allowing native ads and has no roadmap to enable video monetization. If that’s not enough - ask yourself what you would do if you were an advertiser. Call around to X amount of publishers - or book the campaign directly through Facebook's buying tool?

It’s all about the feed

Instant articles, video, branded content, live streaming  are all on Facebook's list of innovations and focus areas. At their last developer conference earlier this year, F8, this was also evident from Mark Zuckerberg's talk. However, he failed to mention 'Instant Articles' in his opening keynote.

But what does that mean for publishers and brands? Well, to be blunt - it means trouble! If brands and media outlets become overly dependent on Facebook for traffic, distribution and / or attention, they will find themselves slave to the algorithms that tune what actually appears in peoples feeds. This algorithm has - as the above chart clearly demonstrates - one master, and that is Facebook's stock value.

Well, the good news is: there are good news coming all the time. Attempting to slay, or even compete with a giant like Facebook is a task not even worth contemplating, but finding the solutions that goes under the radar - or even leverages Facebook's lack of agility is half the fun of dealing with a system like this.

Here’s a couple of gem’s that really stand out:

But most importantly: I’d like to finish of how I started, with a quote: "Don’t put all your eggs in one basket!» It may be time and cost consuming, but I urge you to explore the opportunities that exist in leveraging other publisher channels like Twitter, linking your content to that of others to increase organic search results on Google, make sure your video is well indexed for YouTube, content syndication platforms and sharing solutions like strossle.it or Reddit, the strange but alluring magic of Snapchat, the B2B universe of LinkedIn etc.. There are many options that are underused and thus represents a huge opportunity for growth.

Rickard Lawson is the Managing Director of Strossle Norway. He has a substantial career background in commercial business development and marketing for a wide range of companies. Past experience ranges from corporate giants like GettyImages and Discovery Channel to private start-ups and entrepreneurial projects in WebTV and retail . He has an MBA in International Marketing and Operations from UeL in London and believes hard work somehow justifies all the time he spends flyfishing or skiing the mountains of Norway.