Who Are Native Advertising's True Competitors?

When I was in college, I used to work for a small magazine publisher that published two magazines about starting your home business and generating a passive income. Think a poor man’s Forbes or Entrepreneur’s magazine. My job was pretty simple: call as many potential advertisers to place ads in the magazine. I was essentially a telemarketer, and my success (and commission) was based on my ability to smile and dial.

Across the floor from me were the writers and graphic artists who created the amazing articles and images for the magazine. I was always a little jealous of these folks because they did the “real” work for the magazine, reporting on the latest and greatest home business that succeeded. There might as well have been a fence in dividing the floor between the editorial team and my team of poor and hungry college students selling ad space.

How the times have changed.

Not only are the lines blurred between editorial and sponsored content, big news publishers have journalists--who traditionally write editorial—help advertisers create their branded content. This amazing format is being lauded as the next best ad format since the banner ad (yikes!) but marketers and publishers are still having difficulty measuring performance of branded content. The reason? Too often marketers compare native advertising to earned media from an editorial piece or to other digital advertising formats.

Why Comparing Native Advertising to Editorial is Wrong

Everyone loves earned media. A new outlet or digital publication decides to cover a story about your brand organically. A marketer gets warm and fuzzy inside when they see people sharing a story about their brand in the New York Times because it’s the media saying “you’re doing something cool and newsworthy and we want to talk about you”.

When sponsored content is created, the brand and the publication work together to create the story, and maybe the story doesn’t get shared as much or gets as many comments as an earned story. Of course, the exception to this rule comes from the likes of the New York Times, Wall Street Journal, and even Buzzfeed. The sponsored content is so good on these sites that they consistently outperform editorial. Josh Schwartz, chief data scientist at Chartbeat has this to say about paid content performance, “This is part of the proof point that audiences will engage with great content regardless of its provenance, provided they have a sense of where it’s coming from.”

Porsche made the first hybrid car. Porsche did not say this car ran on gas-powered electricity or electrical combustion, but gave the car an entirely new category. The same treatment needs to be applied to native advertising.

If you agree native advertising is indeed advertising, then you are probably saying to yourself, let’s compare this format to digital advertising! This is also incorrect. I’ve had many advertisers come to us and say we need X number of sales or Y number of conversions in a month. You know what I say to them? Check out this amazing advertising platform called Google AdWords. While you are at it, check out affiliate marketing platforms as well.

Native advertising will rarely win against any PPC digital advertising platform. When the advertiser’s goal is to encourage some action right after reading the story or watching the video, the value of native advertising has diminished because goals are not aligned. The best digital marketers understand that their target audience consists of people who are ready to convert today and people who have no idea their brand exists! Going back to the old marketing mix model, marketers need to invest in all areas of the purchase funnel, from buying native ads to bidding on keywords. The mistake is to compare native ad performance to other forms of advertising further down in the funnel.

It’s Not Editorial or Digital Advertising, Who Are Native’s Competitors?

Many traditional marketers may not like this answer, but I believe native advertising’s true competitors are paid media formats such as TV, print, and radio. In the late 1900s, paying for media on a popular sitcom meant advertisers could reach a majority of the TV views in the U.S. Fast forward to today’s fragmented TV world with Netlfix, Hulu, and Amazon, online publishers have never had a bigger opportunity to capture this fragmented audience. Digital publishers who have a niche focus can even charge a premium for their native ads because advertisers know they are reaching a highly targeted audience versus the spray and pray method of most traditional paid media.

Would the advertisers I cold called during my magazine days be open to native advertising? Back then, no. The line between church and state was clearly demarcated, and each side had its own processes and metrics. With native advertising, holding the format to the standards of one side over the other is simply wrong, and it needs to be placed in a category all on its own. 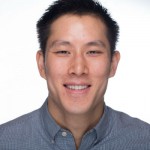 for some of Google’s top distribution and mobile partnerships. In 2010, he started selling the Google TV Ads product to traditional media agencies and Fortune 500 companies across Travel, Finance, and Auto verticals. In late 2012, he co-founded a native advertising platform called Cooperatize, helping brands get their stories published on thousands of blogs at scale.

Previous story
← Go native or go home! Choosing the right strategy for your content
Next story
The FTC's latest native regulations: A recap on the debate that followed →