When Will Programmatic Mobile Native Finally Take Off?

In the early days of mobile, global developers were investing heavily in user acquisition to gain a global footprint. However, alarmingly low retention rates, caused by intrusive mobile advertising, forced the industry to rethink mobile advertising.

The result was a quick adoption of native ads, with their non-intrusive nature and high level of effectiveness. Impressive numbers such as those found by Facebook, including engagement rate improvements of up to 60% and retention rates increasing threefold, created interest and boosted popularity. Additionally, reduced screen real estate, a frequently touted drawback when it comes to mobile, helped native advertising thriving on mobile: with little space to place banners, ads naturally needed to become integrated into the space formerly occupied by content. In fact, native ads have been found to drive much higher engagement rates on mobile than on desktop, according to Business Intelligence. 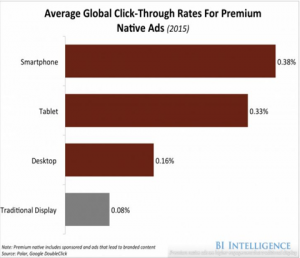 However, despite this growing popularity, we have yet to see the kind of rapid, programmatic growth experienced by other mobile ad formats like video and interstitials. Why is this the case, and when can we expect to see mobile native ads being served programmatically at scale?

While effective, the catch when it comes to native ads is that they need to be served via traditional, non-programmatic means. In order for a native ad to be truly native, to fit into its environment, it needs to take on a format specified by whichever media it was supposed to adapt to - and of course, every platform offers different formats in order to match their own content. This means that native advertising is a time-consuming process which needs to be repeated for each platform. This has also meant that platforms with particularly large reach and targeting possibilities, like Facebook and Twitter, have captured a lot of the market.

By being forced to operate in this manner, the native advertising industry has been severely restricted in its growth. For other formats such as banners and interstitials, programmatic means opened the market to larger numbers of people by making advertising on mobile more affordable and more transparent. The next logical step for mobile native advertising is for advertisers and publishers to be able to buy and sell native ad slots programmatically. What’s holding them back?

Standards are a work in progress
The number of players in the mobile advertising market can be confusing, and the various different platforms, systems, publishers and advertisers has also led to difficulty in establishing standards due to a number of reasons. Native is a very broad term, defined differently by different firms in the field - most publishers have their very own brand of native ad format which also means they have different views on what, if any, standard formats should exist.

The walled gardens of Facebook and Google
With its enormous reach and advanced targeting opportunities, Facebook is pretty hard to beat. As a result, the vast majority of mobile advertising dollars are flowing straight to Facebook and subsidiaries like Instagram. While there are many players trying to access this market, Facebook’s dominance makes this tricky. It also means that creating any type of standards is very difficult, as the market is heavily skewed in one direction.

Collectively, these two challenges mean that whereas standardization of mobile native advertising is just a question of time, publishers are not yet able to understand and market their audiences independently of Facebook and Google.

While the Interactive Advertising Bureau (IAB) has released documentation in the form of its Native Advertising Playbook, it is unlikely that the market will experience changes significant enough during this year for them to be able to introduce standards for native advertising. We predict that the native ad formats introduced by Facebook and Google will be the quasi-standard for native in-app ads due to the pair’s dominance of app monetization (the supply side) and ad spend (the demand side). This will lead to smaller players following suit to copy the format (this is already taking place both at the level of ad platforms and app developers).

While the IAB is working with industry players to standardize the practice of native advertising, it is still a work-in-progress. One of the things standard practice introduces for advertisers is setting expectations, meaning advertisers know what the end product is (how it looks, how it works, etc.). Once these standards are in place, and publishers are able to understand their audience, nothing speaks against mobile native programmatic being served at scale. However, before a common practice is established, native programmatic faces a challenge to realizing its full potential, as standardization is the cornerstone of programmatic buying and selling. 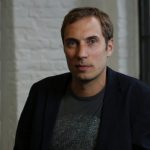 As glispa’s VP of Media Operations, Robert Wildner is responsible for the development and operational management of glispa’s gNative app monetization solutions. Robert has a decade of mobile advertising experience ranging from account management and client relationships to business development and operational management. He was also glispa’s first full-time employee after the relocation of the headquarters to Berlin in 2008 and has been integral in building the company from a digital start-up to its current state as a full-service mobile advertising solution.

Connect with Robert at LinkedIn