What does reciprocity have to do with native advertising?

What does reciprocity have to do with native advertising? Well, everything, says Sebastian Fernandez, head of Ekstra Bladet Brand Stories, the  Danish newspaper’s native studio.

When it comes to building brand loyalty through native advertising, Fernandez firmly believes in the expression “give and you shall receive”.

How can brands build audience loyalty?

Fernandez says that reciprocity – a relation in which two people or groups perform mutual or corresponding actions based on the actions of the other – is key to acquiring loyalty from an audience.

“If you give something to other people, they will feel indebted to pay that niceness back to you,” he tells the Native Advertising Institute.  “That’s very simplified, but it’s just like the good old saying ‘what goes around, comes around.’”

Fernandez is referring to the reciprocity principle. According to Robert Cialdini, professor, author, psychologist and expert in the field of influence and persuasion, a social study about reciprocity shows that: “Reciprocity is a powerful human instinct because most people desperately want balance or to reestablish balance in their relationships.”

Fernandez believes the reciprocity principle is the foundation of content marketing and should be the very cornerstone of what native advertisers are doing.

“Do something without expecting anything from others and then eventually, because of this inherent indebtedness they will feel, you'll be paid back if you have patience. But it’s not a short-term game,” he says.

Which content, then, will an audience reward with reciprocity?

Fernandez believes it’s content that provides value to the audience, whether that’s simply free entertainment or some form of how-to guide or advice.

Native advertisers should be asking themselves how they can make entertaining content that enriches their audiences' lives Fernandez says. Audiences are more likely to reward brands when they see this type of content. It could be as simple as providing a guide on how to cut your lawn, as long as it's delivered in an entertaining and informative way.

More brands are opening up to native advertising, insists Fernandez, as content marketing matures and becomes settled in the market. While it’s tempting to push marketing efforts towards short-term, profitable goals, many brands are starting to really see the value of the long game and understand that by giving, they will be rewarded over time.

How do you measure campaign success?

As a digital company, Ekstra Bladet can track everything, which Fernandez agrees is useful for proving that the audience of a native advertising campaign actually reads and interacts with it.

But while this is important, there’s another metric he’s more interested in.

“Where the money is is in brand preference. Have we made people like this brand better? That’s the most important one,” he says.

It’s the metric Ekstra Bladet uses in every campaign, Fernandez says. Although it might not be the most immediate metric, he says it’s important to think long-term. It comes back to his thoughts about the reciprocity principle.

“Give and you shall receive in the long run,” he says. 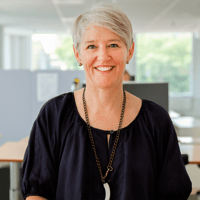 Previous story
← Native programmatic: Why it’s a major opportunity for publishers
Next story
Can native advertising work for a government body? →