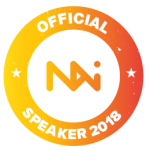 With over 80 million views and one million social media engagements, the global launch of Velux' marketing campaign 'The Indoor Generation' has been considered a huge success in brining the problem of bad indoor environment to the masses.

One of the digital marketing tactics used was native advertising, and we've asked Charlotte Ferris, Head of Global Campaign Planning & Social Media at Velux and Lisbeth Meng Collignon, Senior Director, Marketing Excellence at Velux to dive a little deeper into the successful campaign and use of native advertising.

They were both on stage at Native Advertising DAYS 2018 talking about the campaign.

Can you, in short, tell about your campaign "The Indoor Generation"

Lisbeth: ‘The Indoor Generation’ is a purpose-driven marketing campaign to make the problems that arise from living in unhealthy homes come to light.

It is part of a wider marketing programme in VELUX, aimed at boosting the relevancy of daylight and fresh air in consumer’s lives.

The global branding campaign was run in all of VELUX’s 41 markets - with the film about ‘The Indoor Generation’ and the campaign site, www.theindoorgeneration.com, acting as the spearheads.

With over 100 million views and one million engagements on our own and our partner’s social media pages, we believe that we have raised awareness about the issue and sparked a global conversation.

RELATED: You Need to Teach, Guide and Inspire Your Readers

A local and more product-focused TVC campaign (‘Solutions for The Indoor Generation), was also rolled out in Great Britain, Germany, France and the Netherlands.

And it’s not just a campaign any more – it is a marketing platform that we will be using for next years.

As we had no experience in using native advertising, Oath, our media agency, suggested that we put 10% of our media budget

You chose native advertising as one digital marketing tactic. Why?

Charlotte:  We used native advertising to start ‘conversations’ around the problem of the Indoor Generation.

RELATED: Why Native Beats Display in Performance and Engagement (Sponsored)

Native video advertising also proved to be efficient in regards to harder CTAs, such as the number of views of the video and video watch time.

As we had no experience in using native advertising, Oath, our media agency, suggested that we put 10% of our media budget into trying out native programmatic video advertising to achieve the best watch time on our three-minute video as possible.

How did you use native advertising?

Charlotte: Native video advertising was just one aspect of the digital-first media plan for the brand campaign. In the plan, we split channels and tactics by their ability to raise awareness of the problem, start a conversation and drive traffic to www.theindoorgeneration.com.

How has the native advertising efforts worked so far?

Charlotte: We have all been astounded by the results of the native video advertising – both in terms of starting conversations around the Indoor Generation, but also for the number of views and click through rate.

We saw a significant lift in global conversations around the VELUX brand and we were constantly getting notifications on Twitter.

RELATED: How Opel Changed Its Image from Old-Fashioned to Visionary with Native Ads

Secondly, our target was to achieve 1.84m video views - we managed to receive 13.6m, that’s an overperformance of 739%! Next, the cost per click was the lowest in our media plan and the click-through rate even managed to beat some of our traffic driving channels.

We believe that native advertising works because the format does not feel disruptive to the user.

Will you consider using native advertising in future campaigns? (Why, why not?)

Charlotte: Absolutely. However, as it is a native format, we shouldn’t oversaturate the user with our messages.

We believe that native advertising works because the format does not feel disruptive to the user – therefore, for future campaigns, we need to gauge how much budget we should use for it to be just as effective.

You are official keynote speakers at this year’s Native Advertising DAYS. Why should attendees at the conference absolutely not miss your presentation?

Lisbeth: Alongside our experiences with native video advertising, you will hear about what it took to launch a campaign of this size at a company like VELUX - it was no easy feat!

What do you look forward to the most at this year’s Native Advertising DAYS?

Both: Learning a lot more about how native advertising can help us in our challenge to boost the relevancy of daylight and fresh air in the next four years – and of course, trying out some cocktail bars in Berlin.

Previous story
← Drum Roll...The Shortlist for Native Advertising Awards 2018 Is Here!
Next story
Do Your Ideas Get Stolen? Here's Your Best Defence →