Why True Native Can and Needs to Be Scalable

In Sweden, native advertising is on the rise like in many other countries. Many publishers, agencies, and advertisers use externally linking native ads and also increasingly “true native content” formats where users can read sponsored content directly on the publisher site. But especially the latter is handled in a very manual way today.

This is what Alex Sattelmaier, the founder of SUNT, has set out to change. He is now introducing scalable, efficient native advertising technology in Sweden.

The aim of SUNT is to help publishers grow stable revenues and allow for efficient buying of native campaigns by advertisers, and the way to achieve this is by enabling a scalable, efficient distribution of “true native content”.

We talked to Alex Sattelmaier and asked for the story behind Sunt, true native and whether or not native advertising is actually scalable.

I caught myself interestedly reading a sponsored article.

What is the story behind SUNT?

While using my favorite Swedish news app, I caught myself interestedly reading a sponsored article. Despite the fact that I’m otherwise an open critic of - in most cases disturbing - online ads. So I thought: If this ad format can appeal to a critical user like me, it has real potential.

I couldn’t let go of this idea and started talking to publishers, agencies, and advertisers here in Sweden. It turned out that many actors on both sides are already using true native content, and also externally linking native ads, recommendation or traffic sharing widgets. But most of them used it in a very manual way, only offering direct sales, where articles only can be distributed on single titles or maximum within a publisher group, and with very different reporting metrics, product and distribution deals and pricing models.

And so, I continued thinking: couldn’t this concept - that I started to believe so much in – grow much quicker and bigger for the benefit of all sides, if it could be used more efficiently and at scale? A while after that, I then got into contact with German Seeding Alliance via a good friend of mine. It turned out these guys had already built a tool that enabled the native distribution setup I was imagining, and it had been successful in improving and growing the native content market in Germany already a couple of years back. They were open and excited about a license deal, and so I decided to try and give publishers and advertisers up here access to this great setup and technology as well.

Why is it important to make a scalable distribution of native advertising?

Because it allows true native content to unleash its full potential.

Publishers can monetize their sites much more efficient and user-friendly by showing ads and sponsored content that appeals to users both visually and in its substance. Using native content distribution technology, publishers can add value to their existing direct native sales through for example more detailed metrics, served in a real-time dashboard, and features attractive to advertisers such as targeting, retargeting or conversion tracking. And network campaigns add new revenues on top of that, without cannibalizing on existing display and other ad placements.

RELATED: Why Mobile Native Must Run Programmatically to Succeed

Advertisers at the same time get much more time, space and interactive possibilities to bring users closer to their brand and products by storytelling instead of simply showing them a banner. Add cross-publisher reach and targeting possibilities, and native content is finally the second strong, effective pillar in paid digital content marketing distribution that it can be – beyond social media.

In summary, a scalable native content setup ensures that publishers can keep users on their site with a trusted user experience, while the advertisers still get the necessary reach and targeting possibilities to ensure good ROI on campaigns of this format. In the end, this also means the user wins since they’ll see more, high-quality sponsored content instead of more intrusive, non-engaging display ads & co.

And, as demonstrated by the success Seeding Alliance had in Germany, the whole setup can actually work as good as it sounds.

Both teaser and full article always need to be clearly and visibly marked as paid or advertisement.

What we mean by true native content is a combination of text-and-image teasers and full-length articles, that can also feature various rich and interactive media elements such as videos or newsletter signups. Teasers are shown in the same layout as editorial article teasers, in or around feeds on publisher websites. A click on them lets the user read the entire sponsored piece on the publisher’s website they’ve chosen to come to (“click-in”), also in the native layout of that website. Both teaser and full article always need to be clearly and visibly marked as paid or advertisement.

We do also offer a “click-out” format, where a click on a native teaser leads to an external website, but we’re much bigger fans of and focused on the true native content, “click-in” format.

Some might argue that “true native” isn’t scalable - what is your take on this viewpoint?

In my view, content can be native on a number of dimensions: layout, UX, context and content.

Layout is an obvious and easy one – colours, images, and text or image sizes can and are automatically adapted by modern technology.

Also, UX is rather straightforward to me. When I’m on a publisher site, I expect any article teaser to lead to an article or another subsite on the same publisher website. As a user, I go to such a site to read great, interesting content about a certain topic. I don’t expect to be routed away from the site when I click on an article teaser unless it’s explicitly marked or understood as “external link”. Internal links are exactly what the technology used by SUNT allows at scale, and without having to use each publisher CMS to add the content to the site.

Context is an important aspect of native, but also manageable. As for any other ad format, the paid content should fit the website context, since people don’t expect or want health tips on a business website’s stock market section. This is also handled by the technology and categorization of both websites and articles so that a context match is ensuring even at scale and without manual intervention on every website.

Another issue that actually sometimes might hinder scalability is for example tone of voice.

The content itself is more complex. Overall content quality is one aspect, which is always subjective to a reader and gets harder to control with increased scale. But in SUNT’s case, all content must go through SUNT’s and optionally also individual publishers’ quality checks. Criteria SUNT uses by default include things like not claiming everybody can earn massive passive income by signing up to a binary options platform, and of course excluding pornographic or extremist content, among others.

Another issue that actually sometimes might hinder scalability is for example tone of voice. There are a number of publications that have an extremely special tone or way of storytelling which means they can’t share content with most or any other sites. A classic example would be Buzzfeed, The Onion or a number of youth websites. At the same time, a brand running a campaign can always choose to write (or have the individual publisher write) separate articles as part of the same campaign for these individual sites. Using SUNT, they’d still benefit from value-adding features such as user interest targeting, retargeting or centralized reporting if a single campaign is run with different articles across multiple sites.

As for advertisers, I think the ultimate measure of efficiency is ROI.

How do you measure the efficiency of your scalable distribution?

The ultimate measure for publishers is the increased revenue they see from working with SUNT, as well as less time spent on admin issues including managing campaigns and reporting based on their own CMS for example.

As for advertisers, I think the ultimate measure of efficiency is ROI, which becomes transparent through mainly using a cost per read pricing (“pay for what you get”) as well as a range of different metrics from reads and dwell time to various conversion metrics that differ from case to case.

I think it is important for publishers to understand that such a setup neither cannibalizes on display or other revenues.

What is the most important learning for publishers and brands when working with scalable distribution of native advertising?

I think it is important for publishers to understand that such a setup neither cannibalizes on display or other revenues nor does it endanger their own direct sales and customer relationships. Instead, it opens up the market to new advertiser budgets. Such as for example those that haven’t spent (more) yet due to limited transparency or detail in reporting, or because single-publisher campaigns simply are too expensive and ineffective for some.

These are also at the same time key learnings for advertisers – namely, that network reach and features like targeting or detailed reporting and follow-up can make native content a reliable, effective content marketing distribution channel that allows to track and prove ROI.

You’ve just started up - is there already a demand from the publishers and advertisers in Sweden?

As mentioned, most of the bigger publishers in Sweden already use native content, and also to a big extent other native ad formats like click-out and recommendation widgets. Also an increasing number of – so far mostly bigger, international – advertisers have started to use true native as a channel for their content marketing activities. In addition, there are over 35 content agencies active in Sweden, some of which have over 100 employees. All this clearly shows that there is a clear need and demand in the market.

A few publishers have started to look at our technology, both in terms of adding value to existing direct sales but also to understand how network sales can harmonize with their existing direct native sales for example. At the same time, we’ve also had initial interest from several advertisers that are interested in being able to scale and at the same time target their paid content outreach.

But as with any “platform business”, it will take some weeks or months until discussions and commitments on both sides are big enough to get bigger campaigns rolling.

Photo by Viktor Jakovlev on Unsplash 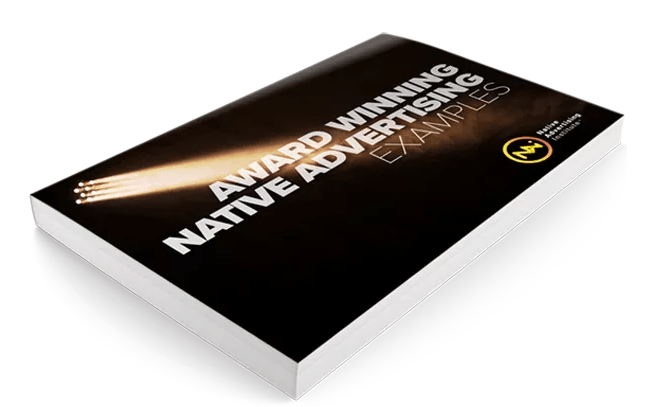