It Is Time Ad-Tech Stands up for Itself

From the recent accusations that programmatic adverts, featuring some of the world’s top brands, have accidentally funded terrorism and promoted divisive discourse, ad-tech has come in for a lot of criticism lately. But it's time for ad tech to stand up for itself.

This news follows on from what was perhaps the most controversial US election, wherein ‘fake news’ became a focal point underscoring Donald Trump’s election and a culprit cited by Democrats in the post-election blame game in America.

Regarding the recent issues with YouTube and Google’s ad placements, many top brands are revising, downscaling or even yanking their budgets, leading to Google’s announcement for better brand safety guidelines, the impact of which time will tell.

While some may say that ad-tech’s days are numbered, I’d go against the grain

While some may say that ad-tech’s days are numbered, I’d go against the grain to posit that the industry’s future is bright and pivotal in combating some of the issues that face society today.

To begin, ad-tech’s reputation can be repaired and also improved by implementing new technology that enhances online user experience, something it has done with great success in the past. With the advent of artificial intelligence (AI) this is already in progress, as we now have the capability to go beyond the understanding and scale of analysis of the human mind and provide far more relevant and insightful ad-placements to users.

RELATED: How AI Will Push the Limits of Native Advertising

Furthermore, AI will revitalise brand safety with its capability to analyse and report upon thousands of web pages within seconds. It provides this data in real time, and in doing so brands and ad-tech companies are able to immediately take control of their campaigns and make changes where needed.

Beyond digital advertising industry this new technology has the potential to tackle wider societal issues, such as ‘fake news’, which has been a huge talking point these past few months. The issue with fraudulent news is the erosion of trust it causes between agencies, ad-tech companies, advertisers, publishers and most importantly consumers.

The use of artificial intelligence in policing ad placements, and protecting brands, will strengthen the relationships that ‘fake news’ has weakened and potentially put an end to the age of misinformation that we seem to be entering. AI will almost certainly be used to remove the financial incentives of creating fake news.

We’re now at a point in time where the digital advertising industry depends upon ad-tech vendors to run successful campaigns. This is true when we look at ad-tech’s relationship with media agencies.

Once upon a time media agencies looked upon ad-tech as if it were a piece of gum stuck to its shoe. They would have revelled in the bad press that the advertising industry is receiving today and looked forward to it’s bottom line swelling in the wake of ‘fake news’ - in reality, this is now far from the case.

Agencies are able to understand the intricacies of their clients, their strengths and how best to utilise them, meanwhile ad-tech partners are able to assist in the delivery of the client’s goals through the use of cutting-edge technology. Today, agencies can see the value in working with ad-tech companies, as a survey from Adroll found that 90% of agency side marketers hold a close relationship with their ad-tech partners.

Ad-tech may have experienced a rough start to 2017, but with the burgeoning successes of AI and the strengthening relationship of agencies and brands the end is far from nigh. Ad-tech isn’t the problem it’s the solution. 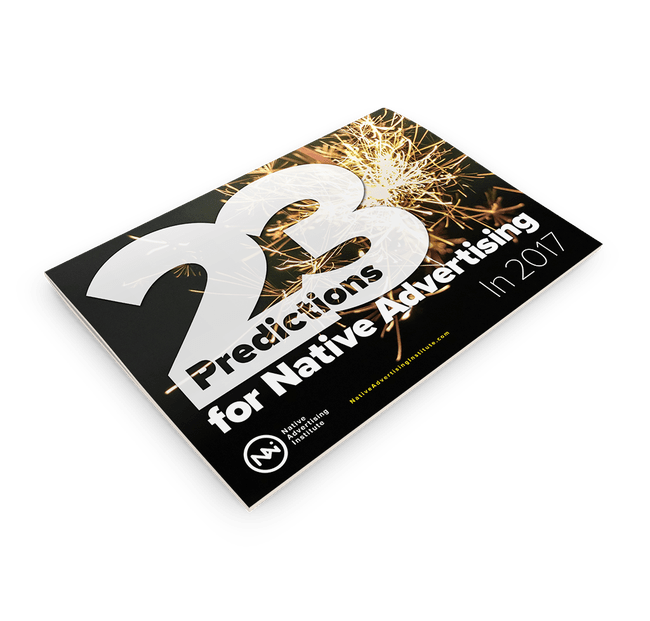 Previous story
← Shane Snow: How Brands Create Content That Stands Out
Next story
Who Should Own Paid Distribution in Content Marketing? →