5 Ways to Save Your Ads from Ad blockers

The usage of ad blockers is surging globally both on desktop and mobile.

Here are a few stats that will help us understand the criticality of the subject according to a report published by PageFair, which states that the usage of ad blockers is growing explosively.

RELATED: “There Would Be No Ad Blockers If There Were No Shitty Ads”

Here are a few global stats from the report:

Naturally, this development risks jeopardising the revenue of advertisers. However, the other stakeholder facing heat is publishers whose major source of revenue is derived from ads.

In the end users will be affected too.

In the end users will be affected too as their access to free content will eventually perish when publishers are left with no other option but to charge for the content they provide. So, what is the solution?

The science behind ad blocking

Ad blockers identify a piece of information as an ad by checking where it is coming from, when the page is being loaded.

A big list of domains is maintained on the back end of the ad blocker software and anything that is recognised to have come from any of these domains is considered to be an ad and hence blocked.

Most ad networks use the same ad servers to serve all their ads thus making the job of ad blockers easier.

Saving your ads from ad blockers

To sum up it is time for brands and publishers to change the ways they communicate their commercial messages to consumers if they want to ensure profitability and avoid ad blockers.

Be in the know about native advertising trends in the news media industry, case stories and budget expectations - download the NAI-INMA e-book 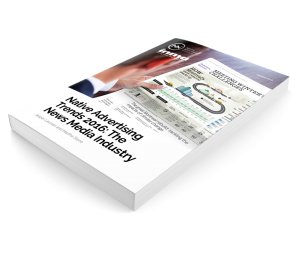 Previous story
← The Key Dos and Don'ts of Native Advertising
Next story
I am a Young Woman; Here is How You Reach Me →