As native advertising has evolved into more audience-focused and editorial-like products, publishers find themselves playing an increasingly active role, sometimes even that of the lead agency in a campaign.

This is one of the conclusions from a new report fra INMA and Native Advertising Institute.

Last year, 26% of publishers were working with an external agency partner to deliver native advertising. This year, that number is exactly half, with 13%.

At the same time, 35% have established an in-house native ad studio, up from 33% last year.

“We’re seeing the native ad studios of publishers acting as media agencies, event agencies, and even digital agencies on some occasions. Some publishers are now openly talking about “going to war” with ad agencies and media agencies, because, as they say, the alternative is that they will be left with a low-margin business model, as happened with programmatic,” says Jesper Laursen, Founder and CEO of the Native Advertising Institute in the report.

Therefore, he says, it will be interesting to see what happens with the industry going forward, and he has a guess himself:

“Our guess is that it will be much more flexible with agencies, publishers, tech companies, and brands working in a wide range of constellations depending on the project. If you’re a publisher or agency, you may find the answer as to how you should position your company in this report.” 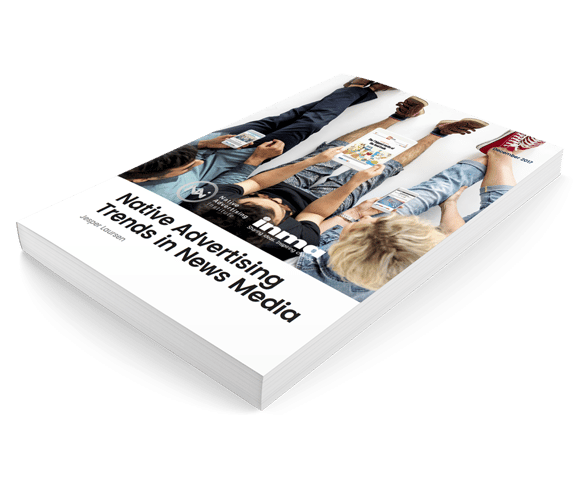