Publishers Will Continue to Embrace Native Advertising - Here's Why

This article originally appeared on What's New in Publishing and has been reprinted here with permission.

The old certainties of digital publishing revenues have vanished, with traditional display advertising becoming increasingly obsolete on the back of ‘banner blindness’ and adblocking. However, the mobile revolution is what has ultimately deposed standard display ads. The format simply doesn’t work well on mobile devices.

At the same time, brand advertisers are more demanding than ever. They want great content – video, images, infographics, editorial; seamless distribution; substantial reporting metrics; and all at the best possible price. They see digital ads as a means to drive traffic to their owned media properties. However, it’s both challenging and expensive to develop a technological solution to do all of this.

The native advertising sector has found its feet and continues to impress advertisers as a brand and performance medium. Native budgets are on the rise, while content marketing (more generally) is taking a greater slice of advertiser spend with each passing year.

Media owners now have a very real opportunity to follow the example of brands such as Buzzfeed – which is 100% monetised through native advertising – and capitalise on the growing opportunity.

Native advertising offers an incremental stream to publishers over and above the initial value of the digital inventory they offer to advertisers. In fact, many publishers can craft and sell the creative concept – and content creation of native advertising – themselves from their commercial writing team and as a result work directly with advertisers for a premium. It’s what their communities and advertising partners want.

A great many digital publishers have already taken on a more content marketing-led approach. For example, Guardian Labs is a commercial content team at The Guardian dedicated to these types of branded partnerships. This allows it to offer native partnerships to some clients, while working with agencies on most of the larger campaigns.

2. The tools to divorce church from state now exist

In the past, native ads and advertorials were simply loaded up and run via publisher CMS systems. This was never going to be scalable and inevitably brought the editorial teams – those everyday users of publisher CMS tools – into commercial areas from which previously they were completely separated.

These issues are now easily solved. Native ads tend not to work effectively with publishers’ existing content management systems. This is because this approach doesn’t scale and the data often doesn’t reveal the specific detail a brand advertiser is looking to report on. So instead, most publishers now work with dedicated native technology platforms.

Once integrated with a native technology platform, media owners can target audiences through other publishers and scale their own native campaigns via audience extension, driving relevant users back to their own sites and branded content

The advent of programmatic native advertising signals continued growth in the market – and adds a layer of control for publishers looking to monetise premium programmatic inventory. Working with native players such as Adyoulike, many have also begun to develop private programmatic marketplaces. Here they can sell their own inventory natively to the most important advertisers, offering ‘ring-fenced’ spaces targeted for particular keywords or valuable audiences.

These private marketplaces offer direct relationships with advertisers and agencies, just like the old days, allowing media owners to command higher prices for higher-quality inventory. They also offer transparency and scale, which are invaluable for everyone involved.

Publishers can also use native ad placements and programmatic selling to monetise their international traffic. Using native to programmatically sell inventory to audiences from other countries offers an additional opportunity for publishers to gain incremental revenue.

6. The market is growing and native advertising is the future

Fundamentally, it’s a huge opportunity. Publishers with access to native networks and software-as-a-service (Saas) platforms can create, run and scale native campaigns themselves, building closer relationships with their brand and agency partners. It offers a level of data analysis that ensures everyone knows exactly what they’re getting. Most importantly, they can increase their revenue streams at a time when the publishing industry as a whole is under a fair amount of pressure. 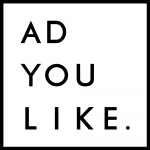 Adyoulike is the Platinum Sponsor at the Native Advertising DAYS Conference in Berlin, November 16th and 17th. Join us for two intensive days of native advertising and be inspired by some of the world's greatest native ad experts.

Want more? Sign up for the Native Advertising Institute Newsletter and get weekly insights and news from the people who live and breathe native advertising.