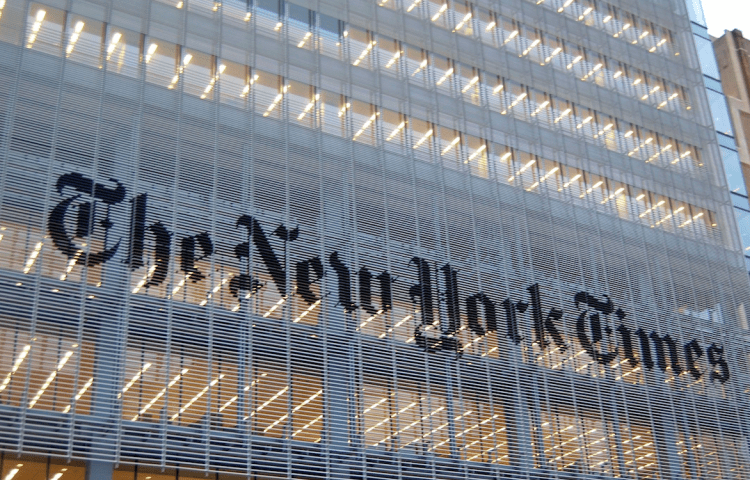 Which native ad formats are the New York Times looking at right now? What can other publishers learn from the NYT? And what should advertisers understand about native?

We asked Michael Villaseñor, Creative Director of Ad Innovation at The New York Times, at Native Advertising DAYS 2016. Sign up for notifications about this year's conference here.

Good VR native is (also) about storytelling
"The way that The New York Times is able to maintain good native within VR has to do with the storytelling. If we were to throw someone into a luxury car and just have them sit there while it's moving down a street that's just an ad.

We are able to create an original story. Think about GE and what the way they created an animated film with nature; birds, snakes and whales and how those creatures or animals inspire technology that we use every day like a jet engine or a computer."

RELATED: The New York Times makes some of the best native advertising, and here is why

Are there ways an advertiser could leverage that?

'Guides' is a type of layout that the newsroom uses to help people learn how to run or learn how to sleep better -- are there ways an advertiser could leverage that?"

No company is too big -- or too small -- to try new things
"I think a lot of publishers can learn that no company is too big to change. If I have realized or experienced anything at The New York Times in the last three years it's that a company as large as we are -- with a reading base that is as dedicated as they are -- we can still look at new technology as an opportunity and challenge the way that we tell stories.

RELATED: How the T Brand Studio Works With Native Advertising – and Why It Works

If you're a small publisher; be inspired that these technologies aren't necessarily out of reach or expensive it's just a matter of trying them out."

It's not just about the clicks
"What advertisers have to learn about native advertising is not to mislead, confuse or camouflage. If people want to read your content they'll click on it. Don't necessarily think that if you trick someone into reading it means more because it's just a matter of clicks. In fact, it has less to do with clicks and more about engagement."

T Brand Studio won a 2016 Native Advertising Award - see the list of winners here and submit your own work for this year's awards.