Last year was a good year for digital publishers. Although overall advertising growth slowed overall, according to eMarketer, digital advertising grew more than 15 percent and almost cleared $70 billion. And, by 2020, digital spend is expected to reach $100 billion.

Growth is being driven by a number of factors, starting with mobile technology. But native advertising and new tools like header bidding are delivering greater revenue gains for publishers. But even these very positive developments come with obstacles that threaten to undercut their value and knock publishers off course.

Overall native is a knockout for publishers.

Overall native is a knockout for publishers, helping them win more ad dollars from brands. However, even in this bright picture there is room for improvement.

In our own analysis of native ad spend over the last year two years, we found that the average renewal rate for campaigns year-over-year was just 33% -- remarkably low. This isn’t necessarily a surprise. Native is more expensive, takes longer to create, and is sometimes sold in a package with display. But, given surging overall spend, renewal rates should be a lot higher.

This might be part of a natural progression. With 1,000-plus sites selling native, the market is maturing. This means renewal rates are polarizing, with some publishers simply better at implementing and measuring impact for partners. Strong performance will lift renewal rates for publishers who consistently show advertisers ROI. The Atlantic and Quartz are two examples. Others aren’t as fortunate, but will try to improve given the revenue opportunity.

Last year, header bidding emerged as a big value add for publishers. Prior to its arrival on the scene, the publisher waterfall undervalued inventory and competition. Header bidding ended that by allowing demand sources to compete directly – in a unified auction – before ad server calls. Swapping sequential bidding for real-time pre-bidding has led to higher CPMs. So, it’s no surprise 70% of publishers now use header bidding.

RELATED: 15 Key Terms You Need To Know About Programmatic Native

But as adoption has increased, the technology must also evolve to maintain its value. Header bidding, even with its benefits, impacts the client-side. The additional code added to a page bogs down site load, often substantially. In response, header bidding “wrappers” have emerged as new a way to manage multiple partners – maximizing yield without sacrificing site performance.

But this may not be enough long-term. At the end of the day, adding multiple tags to the page – even with wrappers – is a band-aid. It was designed as a Google ad server workaround and is not a long-term solution.

Fortunately, this problem can be fixed. More publishers are likely to bring ad decisions server-side, driving faster load times for users. Amazon recently launched such a solution, promising that ad requests “will be handled on the server instead of in consumers' browsers… which may mean less lag time loading web pages.” While header bidding adds a lot of value, it can’t be at the expense of the user experience.

Native and header bidding have been positive developments for publishers. Native has coaxed more value out of their audiences, while header bidding has helped optimize the programmatic ad supply chain. But, for these areas to continue to drive real value, native renewal rates and header bidding site latency issues need to be improved. Otherwise, publishers are not taking full advantage of every innovation at their disposal.

Get updated by the experts -- download: ’23 Predictions for Native Advertising in 2017′ 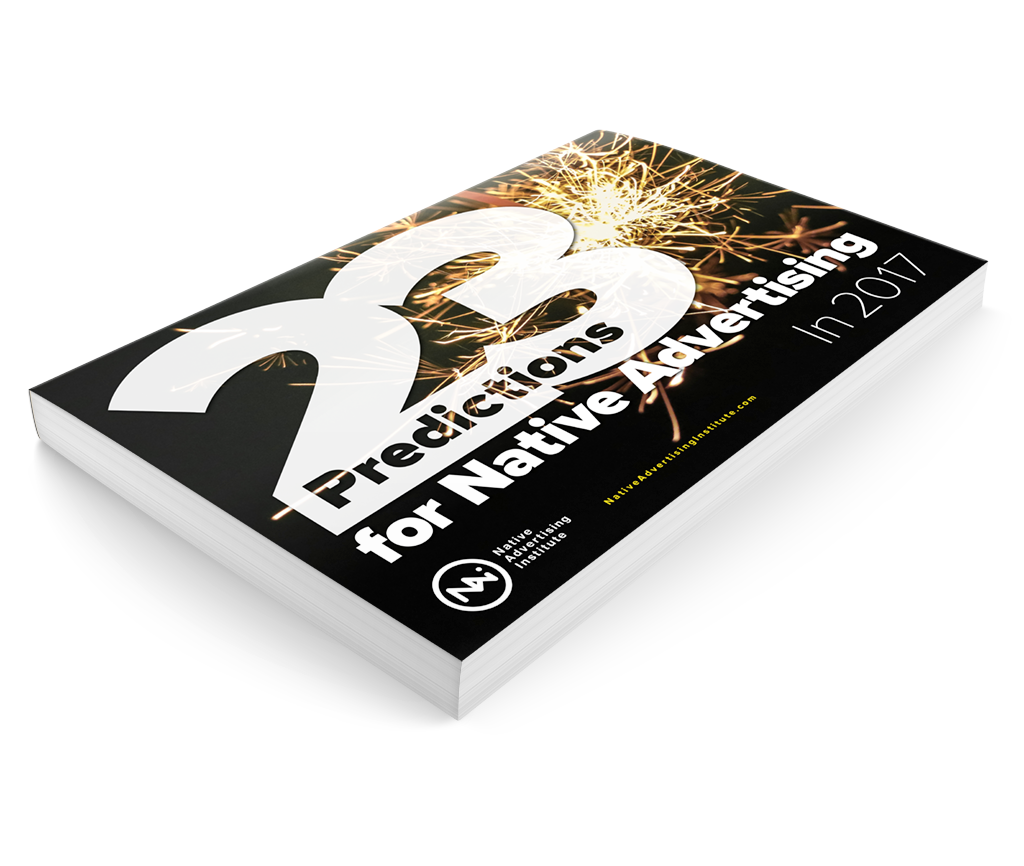