However, 32 campaigns are many to read and analyze in order to pin down what's really working.

But it's your lucky day - because we took the time to do so!

So here are 3 takeaways from the award-winning native advertising examples that you can start integrating into you work straight away. Who knows - Maybe your work will be featured in this year's Native Advertising Awards?

Native advertising is not about you or your brand, it’s about your audience. 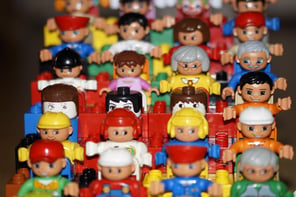 “Understand the people you want to reach”, said Johannes Ceh, Content Strategist and Consultant when he was a speaker at Native Advertising DAYS 2017.

And he is absolutely right. Because native advertising is not about you or your brand, it’s about your audience.

This argument is also supported by Tod Plotkin, Executive Producer at Green Buzz Agency, in an article he wrote on our blog and even though his main focus in the article is native videos, the three key takeaways are nonetheless important to remember when creating native advertising in all formats imaginable:

1) Be where your audiences are: know where and how they watch their videos and read their articles.

2) Be there to help: Know their pain points and the questions they have.

3) Be there in their hearts: Know what they care about.

A good deal of the cases in this ebook is great examples of publishers and brands doing exactly this - understanding, surveying and analyzing their target audience in order to create exactly the kind of content that will resonate with them. On the right platform. At the right time. Take a look at a few examples:

Who do they trust?

“The team undertook a content analysis research in order to better understand the categories of news that the target group has been exposed to (....) based on contextual interviews, the team noticed a low trust in media among the target group (...) Due to the low trust in media and public institutions, the solution was to connect the target group with their optimistic peers, recognizing peer-to-peer recommendation as the most valuable form of recommendation for digital consumers” (page 5-9, Native Ad Studio of Hanza Media for Zito Group).

How do they feel?

“By listening to audience data, Summit Media observed that Cosmo Girls feel more beautiful when they feel strong and fearless. Hence, they came up with this insight: a Cosmo Girl is a Pantene Woman.” (Page 13-15, Summit Media/Cosmopolitan for Pantene Procter & Gamle Philippines).

What do they need and where?

“First, they made a survey about birth control methods, sex and general health amongst women on 24sata.hr. From the information they received from the survey, they planned which topics to do and which sites to place it on.” (Page 19-21, 24sata d.o.o for Pliva).

What do they read?

“The standout statistics from the company’s market research showed that the single biggest barrier to people signing up for a flights reward program was the perception that is was only for Business Class travelers and very frequent flyers (...) Through experience, Independent News & Media knows that Independent.ie’s readers enjoy reading about what it means to be Irish.” (Page 58-59, Independent News & Media for Aer Lingus).

When do they read?

“Based on the intelligence gathered in the audience-discovery phase, ads were initially run on weekdays, between 7 am and 1 pm. As the campaign progressed, targeting was re ned to the highest performing time, between 10 am and 12.30 pm.” (Page 67-69, Xaxis for GlobalGiving”).

Getting the audiences involved in the content - one way or another - seems to be a very successful method for creating great native advertising. 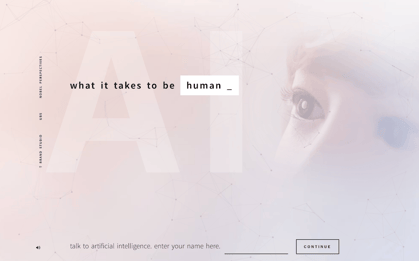 Another prominent feature in several of the award-winning cases in this ebook is including and engaging the audience.

Simply exposing the audience to a video or a text-only article can certainly be enough, but getting the audiences involved in the content - one way or another - seems to be a very successful method for creating great native advertising. We have pulled out some examples that show exactly how this can be done:

Ask them to answer

“The central part of the campaign was the interactive map of good things in Croatia. A consumer is invited to answer ‘What is good in Croatia?’ and the answers show up as a pin within the map (...) Through the map, 317,000 consumers could see more than 1100 arguments about what is good in Croatia - all named by their peers.” (Page 5-9, Native ad Studio of Hanza Media for Zito Group).

“The strategy was to create an innovative type of online content in which fans would not only be passive viewers but engaged co-creators. Through Videostar: First YouTube talent show, 24sata d.o.o offered the fans an opportunity to “Taste the feeling” of success and become the next big YouTube superstars.” (Page 34-36, 24sata d.o.o/JoomBoos for Coca-Cola). 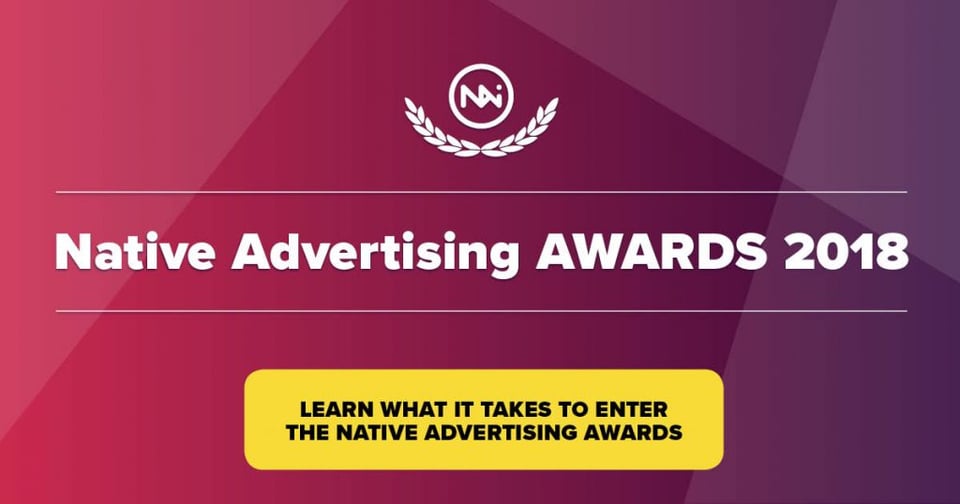 Invite them to participate

“Gonzo Media live-streamed Denmark’s biggest LAN-party (...) While there was an overall direction of the live stream, the audience dictated the development of the live stream as their comments inspired new activities and show developments (...) Gonzo Media executed this strategy by arranging fun and original event, happenings, and contents, as well as interviews with and takeovers by its content creators. All in a very relaxed tone, constantly inviting the viewers to chime in via the chat.” (Page 37-39, Gonzo Media for #GGfestival).

“The Quartz App is a new way to experience the news. A conversational interface shares news updates and surprising discoveries with the user. Volvo’s sponsorship of the app included an opening display unit that greeted users along with an SMS-style conversation about the S90 (...) This also marked the first campaign on the Quartz Mobile News App where users actively engaged directly in a conversation powered by an advertiser.” (Page 90-91, Quartz/Mindshare for Volvo).

“The interactive graphic took a highly visual approach to a data-heavy feature, distilling WEF’s rankings into a “web” of competitiveness that invited readers to compare different countries against one another and examine the metrics that affect global competitiveness.” (Page 60-61, Quartz/ Groupe Connect for Bank of America).

“T Brand Studio implemented the award-winning chatbot, Rose. Rose speaks to the audience about whatever they want (within reason), but gently encourages the exploration of AI further by delving deeper into the content.” (Page 83-86, T Brand Studio/New York Times/Spark Foundry for UBS).

Thinking outside the box is always a good place to start

3. Think outside the box

Being creative is not always easy, but thinking outside the box is always a good place to start, whether it’s thinking in new platforms, crazy creative solutions, trying new formats like AI, VR, or using a very controversial influencer.

“It’s about getting comfortable outside your comfort zone, where you’re often coming up with creative ideas you’ve never tried before, but can nonetheless deliver because you’ve got insights to back them up and great teams to help bring the concepts to life,” is what Lindsay Harrison, Creative Content Lead for Mashable Brand X said in an interview with us.

And, apparently, it’s working. Because thinking outside the box is what most of these award-winning cases have done - and with great success. Just have a look at these examples:

“Innovation and technology were at the forefront of the piece. Provocatively titled “AI: What It Takes to Be Human”, the project delves into storytelling but also o ers the readers the opportunity to experience the story. T Brand Studio implemented the award-winning chatbot Rose. Rose speaks to the audience about whatever they want (within reason), but gently encourages the exploration of AI further by delving deeper into the content.” (Page 83-86, T Brand Studio, The New York Times, Spark Foundry for UBS).

Talking about sex in conservative country

“Today, in Croatia, they are facing a possible future ban on abortion. Sex education in schools is centuries away from implementation and gay marriage have already lost its battle a few years ago. With that in mind, 24sata d.o.o understood that they couldn’t talk about the pill without talking about sex, sex education and abortion in Croatia. So they did. They told a story about the pill from different angles.” (Page 19-21, 24sata d.o.o for Pliva).

“The idea was simple. An online video showing an influencer doing back-to-school shopping for her son in National Book Store. What makes this idea stand out? The choice of influencer: Kris Aquino. She is a popular and often polarising celebrity in the Philippines - both admired and despised for her candor. In a country where modesty is the norm, Kris defied tradition by living her life openly (...) For these reasons, she is loved and hated, but one thing people can’t deny is her authenticity. She says what she means. Because of this, people believe her and her natural excitement and pas- sion for things can be infectious.” (Page 54-57, The Huddle Room for National Book Store)

“A lot of people in Russia are prejudiced against taxi drivers and see them as descendants of the post-Soviet era: rude, arrogant and crooked. Be- cause of this belief, many people are afraid of us- ing Yandex Taxi’s app that o ers regular taxis, not personal drivers. So, Yandex.Tazi needed to gain users’ trust and prove that all taxi drivers in the ser- vice are excellent (...) In the project, Look at Media recreated six well-known movie scenes in regular Yandex taxis and watched the drivers’ reactions using Go-Pro cameras. The drivers didn’t know that they were participating in the project.” (Page 16-18, Look at Media, Yandex.Taxi).

Download the entire e-book with the 32 examples right here: