Native Advertising has a Terminology Problem. And It’s Not Pretty.

Occasionally, it’s important to ruffle some feathers and stir up some dust to make important change happen in an industry. The 800-pound gorilla in the room that hardly anyone mentions is that the language publishers and marketers use to discuss native is completely different in many cases.

This is the source of much of the confusion surrounding native advertising today and it’s holding back the growth of the collective industry. While the industry is absolutely growing, it would be further accelerated if this terminology problem didn’t exist. It’s causing some would be buyers to be reluctant because they’re confused, too.

To exacerbate the problem further, the terminology used to talk about native advertising in different global geographies varies greatly, too.

One thing that most in the industry collectively agree upon is the definition of native advertising:

“Native advertising is paid advertising (media) where the ad matches the form, feel and function of the content of the media on which it appears.”

The other thing that most agree upon is that native advertising is a content distribution channel for marketers, whether social, programmatic, non-programmatic or long-form.

It’s these two things, if properly understood, that can help our collective industry get on the same page and speak the same language. This behooves everyone because it will add velocity to the projected growth in all native advertising categories.

Understanding the definition and what’s agreed upon

Native advertising is 100 percent paid media, no matter the form. It doesn’t linger in owned or earned. Professionals in all the native categories should understand this. Another thing that the industry must also agree upon is that the marketer (advertiser, media buyer, etc.) is at the center of the universe when it comes to terminology.

They’re the ones that pay the bills, therefore, the terminology used must be clear, concise and cater to them. It’s far more difficult to sell an apple to someone when they think they’re being sold an orange.

Now let’s look at the different forms of media from the marketer’s perspective and their definitions through a content promotion and delivery lens.

Earned Media – free online or offline coverage of content to an audience NOT controlled by the brand. 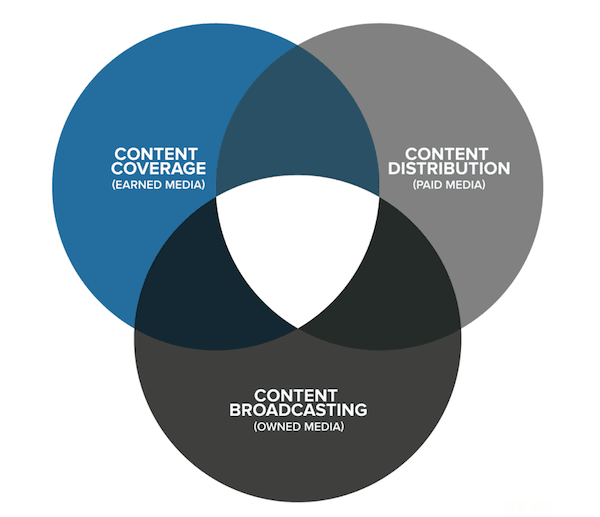 Where the language differs

Many content studios have adopted the language of marketers in order to productize their native lines of business. However, in doing so many have redefined the denotation of what the terminology actually means to marketers. This is at the root of the problem. Let’s take a look at some of the ways these terms are being used across both publishing and marketing.

When referring to publishers below, it includes content studios and vice versa.

Content Marketing – This is what many publishers say they do for brands. And for the people executing, they absolutely feel like they’re doing content marketing just like an agency or an internal marketing team.

Branded Content – This is what many publishers say they sell to brands. Makes sense, too, because for them, it is indeed content which is branded by a company. Some content studios have this as just one of a few “products” they sell and produce – custom long-form native advertising.

Native Advertising – This is another product line some content studios sell. It generally refers to a non-programmatic in-feed unit that links to an article on a brand’s website.

Sponsored Content – Yet another product line some content studios sell. It generally refers to a brand sponsoring (placing a logo on) a regular editorial article.

When referring to marketers below, it includes both brand-side and agencies.

Content Marketing – This is what content marketers say they do. Generally speaking, this is what they consider their owned media endeavors – creating and publishing content on their owned channels and then promoting it.

Native Advertising – This is the umbrella phrase that describes all the different categories – programmatic, non-programmatic, social and long-form. These categories can be further broken down, but for the purpose of this article, it is not necessary. In addition, the IAB has its six categories of native advertising. Each of the six falls under the categories mentioned above.

The standardization of terminology

Just like Google has standardized display advertising units, native advertising needs to standardize the terminology. Whether the industry wants to admit it or not, the words used matter.

Content Marketing – As long as publishers (content studios) are paid by a brand to give them access to an audience (whether custom long-form, sponsored editorial or non-programmatic in-feed unit) they don’t control, it’s paid media. It doesn’t matter if the journalists and the rest of the staff feel like they’re doing content marketing (owned media) and promoting it across multiple channels.

Some publishers will argue that the work they’re doing is no different than that of an agency, and, for the most part, they’re correct. However, there’s one big difference – agencies don’t own media (audience). That’s why paying for agency services is not considered paid media.

The dynamic described above is partly to blame for the faux debate on “content marketing vs. native advertising.” As long as publishers are executing paid media (and they are) they’re executing content distribution for a brand. Distribution alone IS NOT content marketing. What publishers are really doing is simply native advertising – custom or not.

Branded and Sponsored Content – The three major points with these two phrases are identified below:

2. The category of branded content also includes content that is produced by a brand for their owned audiences (for their own website). Many marketers consider this phrase to mean mid to bottom-funnel content – more salesy content. This is the exact thing that publishers DO NOT want to sell to brands. They want to keep their native advertising up-funnel.

3. Sponsored content has no connotation or expectation of being owned or earned media. It’s only one thing – paid media.

It seems pretty clear that publishers should avoid the phrase “branded content” when talking to prospective advertisers. It’s an unnecessary layer of confusion between the buyer and the seller. That said, it could be used internally to describe long-form native advertising, however, publishers run the risk of infecting their sales staff with it.

Below are the suggested fixes to the way publishers use terminology differently than their prospective customers – marketers. The case on why this is important is laid out above. In italics are the definitions repeated from above to provide clarity on the recommendation.

Content Marketing – This is what many publishers say they do for brands. And for the people executing, they absolutely feel like they’re doing content marketing just like an agency or an internal marketing team.

Branded Content – This is what many publishers say they sell to brands. Makes sense, too, because for them, it is indeed content which is branded by a company. Some content studios have this as just one of a few “products” they sell and produce – custom long-form native advertising.

Native Advertising – This is another product line some content studios sell. It generally refers to a non-programmatic in-feed unit that links to an article on a brand’s website.

Sponsored Content – Yet another product line some content studios sell. It generally refers to a brand sponsoring (placing a logo on) a regular editorial article.

It may seem like publishers got beat up a bit in this post. On the contrary, they’re poised to have a much-needed revenue boom with native advertising. In fact, according to Margaret Boland of Business Insider, sponsored content will be the fastest-growing native format over the next five years.

Of course, there will be winners and there will be losers in the publishers’ race to succeed at native advertising. The ones that align their lexicon with the language of marketers will have an even better chance of winning. 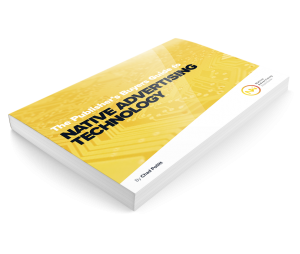