Native Advertising Isn't the Silver Bullet Brands Were Hoping For, But It's Getting There

By Vitaly Pecherskiy, Co-Founder and COO of StackAdapt
Feb 5, 2016

Native advertising is all the rage right now, and deservedly so. When done well, it has the power to benefit advertisers, publishers and their audiences—all while promising high click-through rates similar to those seen with editorial content.

Its meteoric rise is most likely due in part to the growing disillusionment amongst the advertising community towards display ads. When it first entered the scene, it was considered the figurative golden egg of marketing and the long-awaited answer to advertisers’ prayers. It’s only now, five years after the term was first coined, that marketers are realizing that native advertising isn’t a gift sent from the heavens, nor is it the holy grail of digital marketing.

It’s true that it is altering the way in which brands market their products to consumers, shifting them off course and encouraging them to ditch their former interruptive advertising methods in favour of rich brand experiences, but it doesn’t come with a guarantee. It takes hard work, creativity, and a great deal of time and effort on the advertiser’s part.

This week, The Content Marketing Institute’s Joe Pulizzi published an article entitled “Content Marketing—It’s Going to Get Weird”. In it, he discussed the phenomenal growth (and subsequent plateau) of content marketing, and looks at it through the lens of Gartner’s “Hype Cycle”.

The concept of the Hype Cycle demonstrates the rise and adoption curve of game-changing digital technologies, and provides a graphical representation of how any given technology matures over five distinct phases. 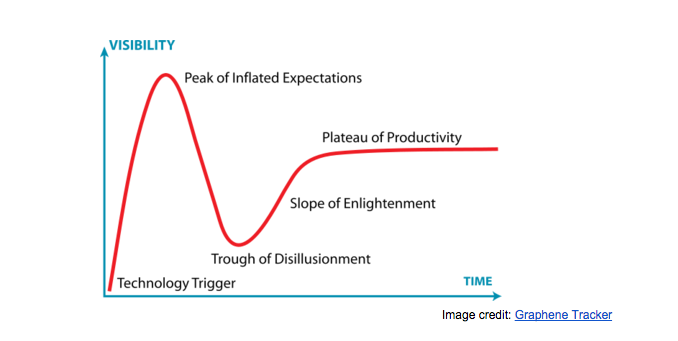 First of all, there’s the technology trigger. This is followed by the peak of expectations, and then there’s a plunging dip into the trough of disillusionment. The final stage is the plateau of productivity, but in order to get there, the technology must first go through a “slope of enlightenment”.

“How is this relevant?” you may be asking. Well, because this is exactly the stage I think native advertising has found itself at now.

Marketers have, for the most part, overcome the initial disappointment that native isn’t the marketing silver bullet they were hoping for, and are now focused on figuring out how to leverage its demonstrable power by filling in the holes where it currently lacks.

But what exactly are those shortcomings? And more to the point—how can they be fixed?
The following are what I consider to be the foremost challenges facing native advertising right now, that must be overcome in order to reach a steady plateau of productivity.

Native advertising, in the context of the entire advertising industry, is still in its infancy—and this is where one of the biggest challenges facing marketers lies. As of yet, no official standards or performance benchmarks exist to allow marketers to gauge the efficacy of their efforts. Those practicing native are still struggling to standardize what to measure and how to measure it, and internal battles over whether editorial, web, or social metrics are the greatest indicators of success continue to take place industry-wide.

For now, the majority of those dabbling in native advertising are also still running a (diminishing) number of display campaigns. This means that for the time being, they are at least able to use display metrics as benchmarks to gauge native campaign performance.

2. Too many technologies + lack of collaboration = complete chaos

It’s fast becoming apparent that truly brilliant examples of native advertising are a product of cross-functional collaboration between several departments within an organization. After all, myriad team members are required to make content marketing (and by extension, native advertising) “happen”. Content creators, project managers, PR specialists, paid media buyers, graphic designers and social media strategists are just a few of the titles one would expect to be involved in a native advertising campaign. It seems curious then, that so many marketers report a distinct lack of synergy between these respective divisions.

Compounding this is the fact the average brand enlists the help of several creative agencies, each of which has its own personnel across many departments. This duplication means that brands and their agencies frequently find themselves overlapping in their efforts.

And then of course, there’s the issue of technology. These days, we leverage tools for just about everything. We use software for marketing automation, SEO, inbound marketing, lead management, social media, analytics, search marketing, email marketing, content creation, content distribution—the list goes on. Now let’s say that each of these individual departments, whether they operate in-house or as part of a creative agency, uses several of these marketing solutions for different purposes. Starts to get confusing, doesn’t it?

This scenario isn’t exactly a far stretch of the imagination, as according to recent research by Martech, the average number of tools used by marketing departments is now 17. This, as you can likely imagine, is not only inconvenient, but it’s also a wholly ineffective strategy.

The good news is that, according to the same study, 2016 is set to see the rectification of this problem. While 51 percent of marketing executives report that their marketing technologies and data aren’t integrated, this year the majority are resolving to take a cross-channel approach by centralizing their various marketing technologies.

In all likelihood, as more acquisitions take place and more and all-in-one solutions are developed, this will also reduce the number of vendors within the marketing technology landscape this year, leading to a more cohesive environment in which native advertising can comfortably thrive within.

The marketing industry’s adoption of the term “native advertising” is haphazard at best, and is used interchangeably to refer to sponsored content, custom content, recommendation widgets, in-feed ads and more. This scattered usage indicates a lack of understanding of the nuances between the various types of ads, so it comes as no surprise then, that the majority of native ads in circulation today hardly seem to live up to their “native” moniker at all. 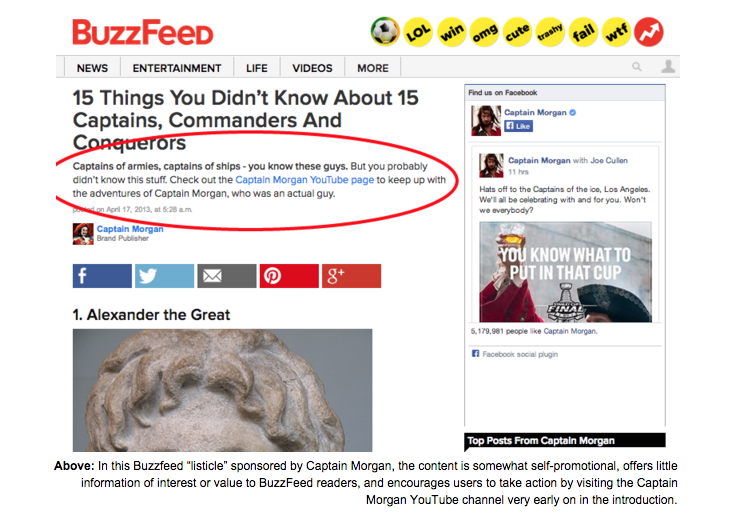 And then of course, on the other end of the spectrum we have those that go too far and cross the thin line into deception, resulting in readers feeling duped.

The truth is that native ads—the good, the bad and the ugly—are driving results regardless of quality and context. Why? Because a significant number of web users still don’t recognize them as sponsored content.

But just think back to the birth of the banner ad. Back in 1994, the first display ad received an impressive 44% click-through rate over a four-month period. Fast forward to 2016, and consumers are more likely to complete Navy SEAL training than click on a banner ad.

This teaches us that, sooner or later, native ads will stand out to web users just as much as a banner ad stands out to us now. Just like with display, consumers will become wise to native content, and the only way around this is for brands to produce truly engaging, customer-focused content that audiences will actually want to read.

Marketers must take heed from the past by adopting a customer-centric approach to native advertising that genuinely seeks to enhance user experience, rather than detract from it.

So what does the future hold?

Native advertising, as it continues to grow, demands new approaches, new tactics, new software and new forms of measurement. In order to reach the end goal in the maturation process of any burgeoning trend—defined by Gartner’s Hype Cycle as the “plateau of productivity”—we first must continue to climb the “slope of enlightenment” we find ourselves on now.

The only way to do this is to learn from the mistakes of others, and adopt the right tools to understand what is and isn’t working to deliver the best, most relevant user experiences possible. Because let’s face it—if General Electric can bend its strategy and brand values to create compelling content for du jour sites like Buzzfeed, there’s certainly hope for the rest of us.

This post is written by Vitaly Pecherskiy, co-founder and COO of StackAdapt. Vitaly is one of the founders at StackAdapt.

StackAdapt’s vision is to create the world’s most powerful platform for distributing value-adding branded content that enriches internet users’ lives.Vitaly is passionate about education, frequently guest blogs, and has lectured at the Interactive Advertising Bureau (IAB). He also heads up StackAdapt’s thought-leadership content hub.

He was previously included in Marketing Magazine’s 30 Under 30—a list of rising media stars poised to take over the marketing industry. 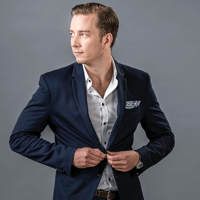 Previous story
← Down the road: Native advertising trends in 2016
Next story
Go native or go home! Choosing the right strategy for your content →