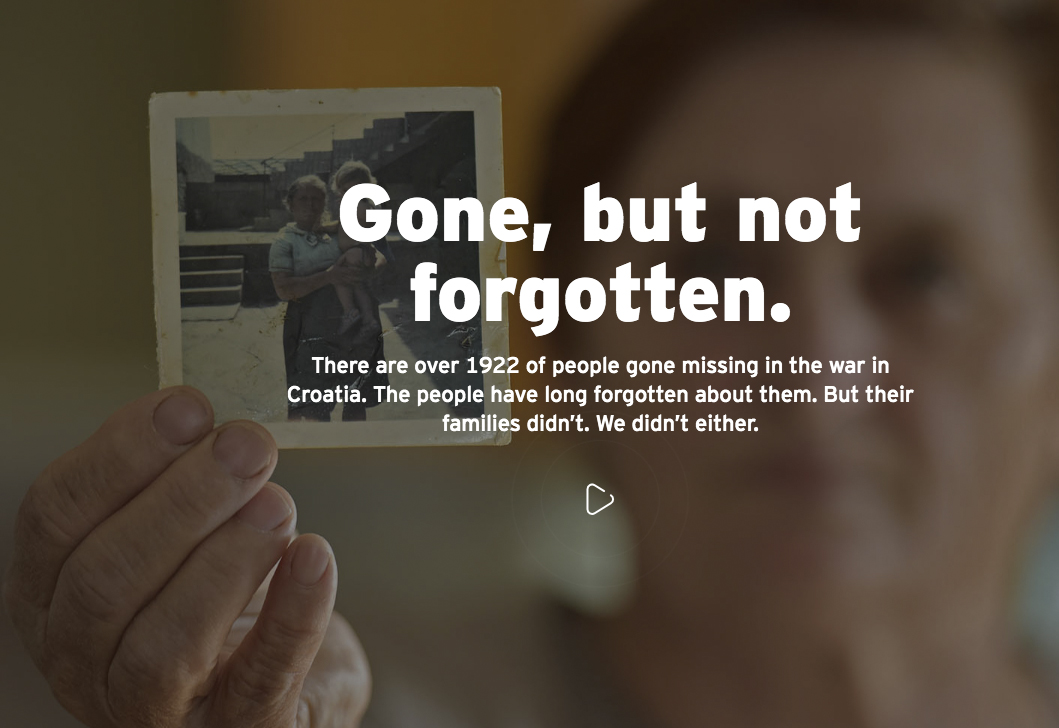 Campaign: Gone, but not forgotten. Check out the campaign here.

In Croatia, the Homeland War ravaged the early nineties. One of the repercussions of the military conflict was the disappearance of thousands of people. This particular aspect of the war became the unlikely focal point of a native advertising campaign with a unique purpose.

Brand and publisher developed a content idea based on telling documentary stories about the people missing during the Homeland War. The stories were told both in text and video and published in print, web, on YouTube, Facebook and other social networks. Every week during the campaign the story of one missing person was published. Each story was told by the loved ones left behind and included some of the last photos taken of the missing person. In each story, family members and friends put into words what it actually feels like when someone you love disappears and how those left behind hoped to find some form of closure in the future.

The campaign team steadily distributed the stories of the missing on all social media channels and combined the efforts with two so-called “mega covers”. Here the distribution was maximized with the guiding principle being “One day, all channels, the same message”. The aim was to grab the attention of the whole nation. That day, all eyes were on the painful memory of the missing: YouTube videos, Facebook posts, articles on 24sata web page, ads in the print edition of the newspaper and the rest of the social media. Gone, But Not Forgotten also adopted guerrilla marketing tactics in the biggest Croatian cities. Public places were marked with black silhouettes - the symbol of the missing - and prints of the missing to further emphasize the campaign. Associations of families of detained and missing persons during the Homeland War organized a press conference where the highest-ranking politicians of present Croatia were in attendance and gave their support to the campaign.

Perhaps most importantly Gone, But Not Forgotten (2018) wanted to raise the public’s awareness of the people that went missing during the Homeland War. The campaign aimed to achieve the following metrics: 1.100.000 page views 1.000.000 video views

3.000.000 video views 3.200.000 page views In this campaign, all the views and all the attention generated by the content served a higher purpose: That families of citizens missing during the Homeland War would be able to learn more about the fates of their loved ones.

For this campaign, it was a unique strategic manoeuvre that made the difference.