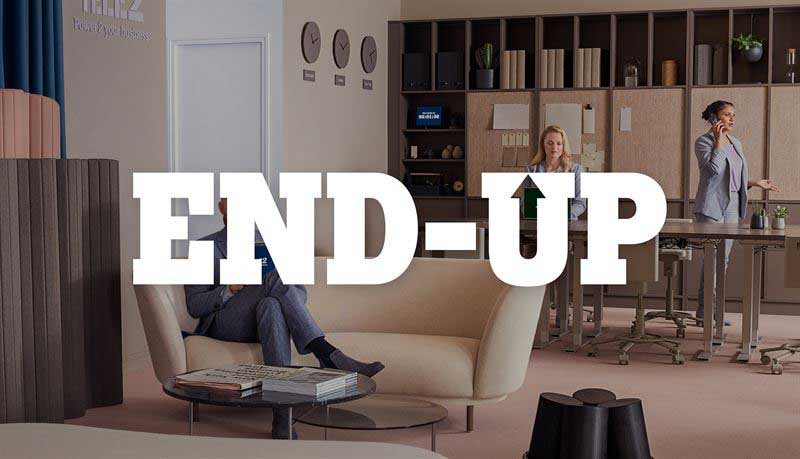 Together with Tele2 and their agencies, Bonnier News Brand Studio created the world’s first End-Up. Basically a start-up in reverse: An ideal company and office located in central Stockholm with everything from ergonomic furniture, financial resources, eco coffee and the latest tech solutions from Tele2. Everything was in place: Except for the business idea.

Bonnier News Brand Studio produced a native tv-series and native articles to back up the episodes about the business ideas that poured in. The tv-series was produced in real-time and led by the wellknown host Måns Nilsson, who travelled around Sweden with a team to meet jury members, experts and ultimately hunt down the perfect business idea. The winner of the End-Up was Max Mohammadi and his business idea called Heartstrings: a technology that detects heart defects in an early stage. In the follow-up season, the audience got to see how things went for Max’s business and how Tele2 helped him optimize the company.

The tv-series was distributed on news media websites Expressen, Dagens industri, Di Digital and Dagens Nyheter. A content hub was built to host the episodes and native articles and optimized according to custom-made measurement methods. In addition the team also produced tv-content for Tele2’s own channels, as well as display ads and manuscripts for the program’s participation in Di-podcasts.

KPIs included hard numbers such as page views, time spent, the view-through rate on different tv-parts and time spent on the content hub. Other KPI’s were concerned with softer values: The attitude and perceptions about Tele2’s brand and how Swedes perceive Tele2’s role as a supplier of business solutions.

Perceptions of Tele2 were analysed through a brand survey.
Of survey participants who had seen the campaign, 65 percent thought Tele2 offered good solutions and 71 percent thought that Tele2 had the expertise to help businesses. Among survey participants who had not seen the campaign corresponding percentages were 34 percent and 37 percent respectively.

The page views during the campaign were 46 percent over the set goal, and the average time spent on all titles exceeded expectations as well.

Counting all titles, view-through rate during the campaign was at 60 percent average, which represented a ten percent improvement of the goal.

Only one out of ten startups survive long term. Often, the problem for failing startups is that they focus too much on the business idea and neglect the basic functions and technical infrastructure that all companies rely on. This was the reality that Tele2 wanted to tap into with its highly ambitious content campaign.

Long-form and episodic, Travel Dares made for an unlikely successful native advertising campaign

Who would have thought that native advertising could increase bell pepper sales with 22 percent?