How Native Ads Can Fulfil Objective to Generate Sale

Coolshop is an advertiser with focus on generating sales. Coolshop has a large affiliate set-up in 7 countries, where the affiliates/suppliers are rewarded per sale they deliver.

Native ads are often considered a highly effective format when it comes to building branding/image. But when it comes to generating a direct sales effect, the focus often is on other products such as affiliate marketing.

Coolshop is interested in testing native ads. Especially native ads video is of interest. Coolshop demands that the native ads campaign is profitable based on its direct sales effect. Because of this, the price normally paid to native ads suppliers for the high branding/image effect on targeted media is not charged (even though this is normally considered high quality). Thus, native ads are equated to the traditional way of affiliate marketing, which is text links on smaller, non-targeted publishers (that is normally considered as lower quality).

There are many possibilities within native ads. Buzzanova decided to use 3 native ads formats based on their experience.

Video and blog posts are often considered the most efficient formats. Quality and price are often associated which means that video and blog posts have a higher price per contact. Blog post is a useful format to underline the advantages of using Coolshop (logic). Video can have an effect on emotional parameters (feelings). Native ads display works as a teaser for blog post and video and secure exposure to the target group.

Buzzanova decided to test these formats individually. None of these 3 formats could on their own deliver on the sales objective based on the price per sale. 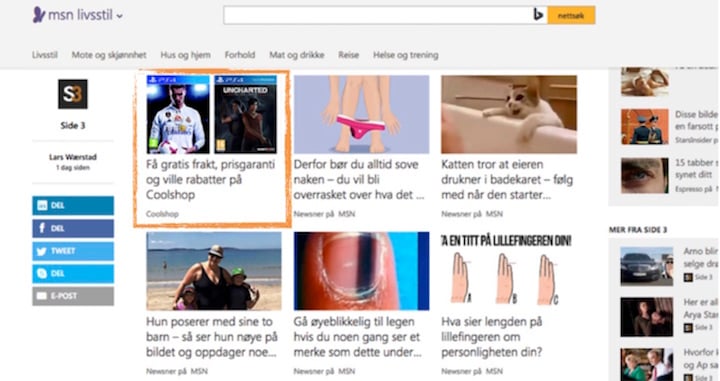 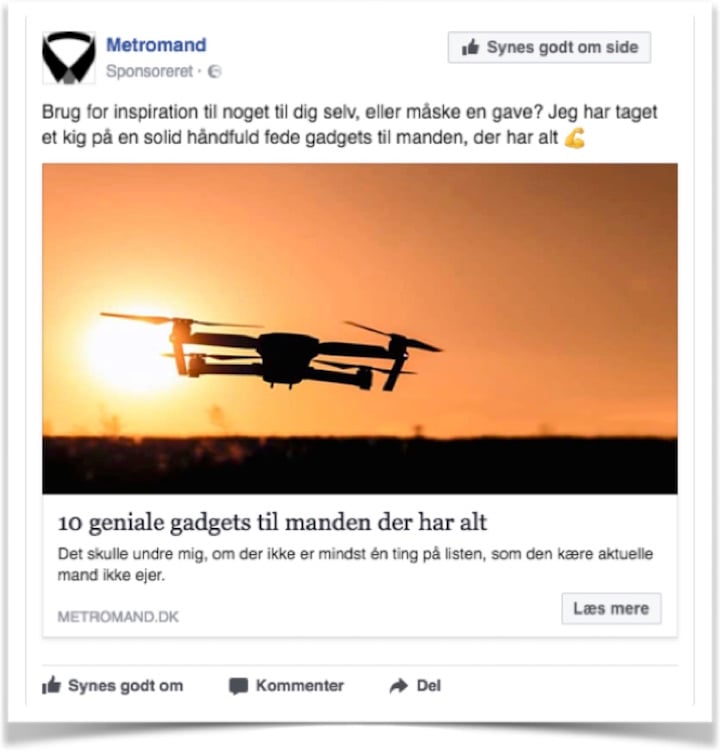 Native ads video- and blog post: We were able to involve the user visiting the blog post in more than four minutes. However, the contact price on these high-quality formats is also high.

Buzzanova then tested a wide selection of media publishers and performed ongoing optimization. It had an effect, but not enough to generate the needed amount of sales to correspond with the price Coolshop pays its affiliates.

Buzzanova used many different texts in the native ads display. It helped, but it was still not enough to generate the needed amount of sales to correspond with the price Coolshop pays its affiliates.

The solution was to combine different native ads formats with many different publishers and ad texts.

As an example, take a look at the displayed campaign flow here.
Native ads display from influent’s Facebook page. When the user clicks on this ad it links to a blog post. 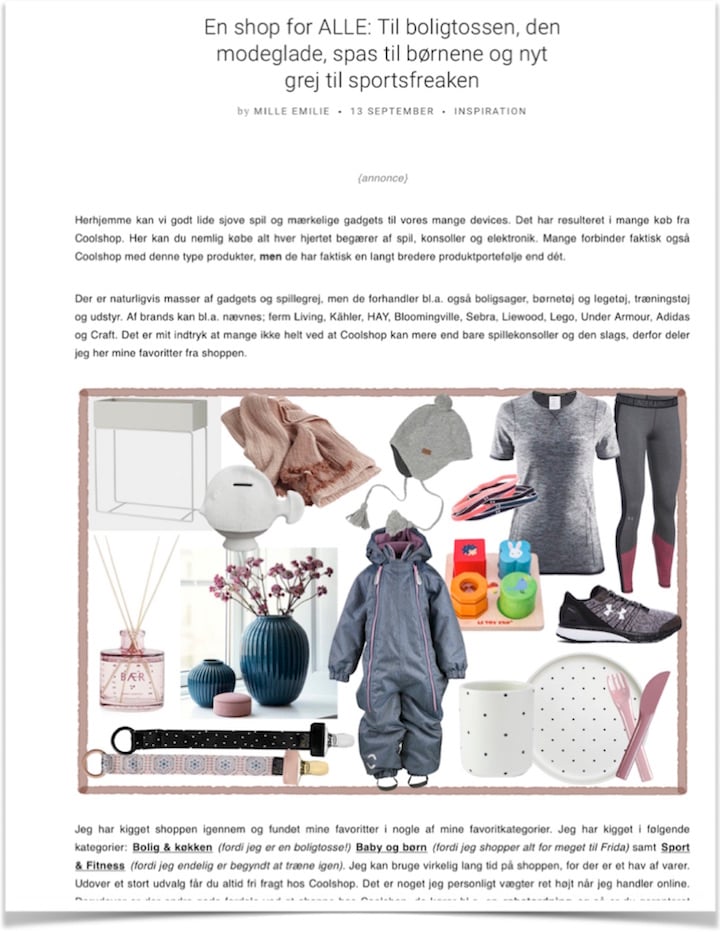 In the blog is an embedded video. The video needs to be activated. 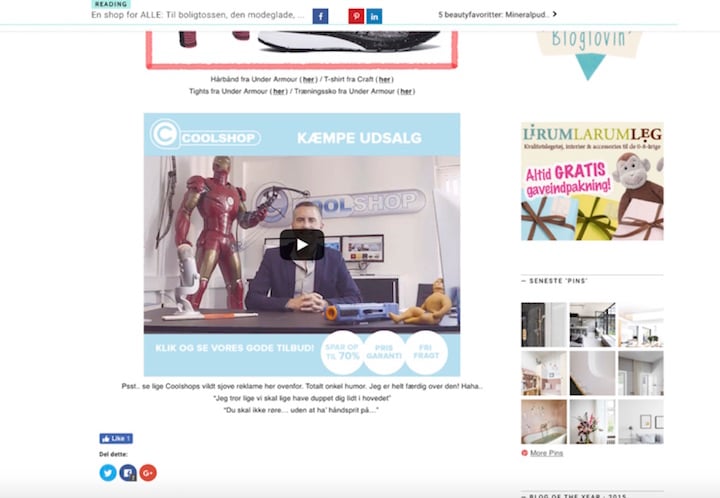 The user is linked from the blog post or video directly to Coolshop, where the purchase is made. 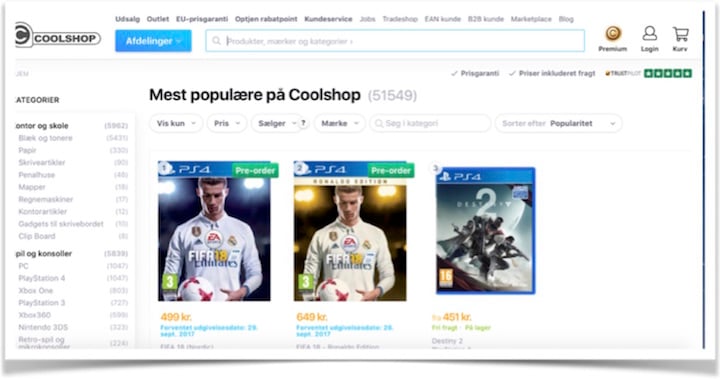 As Buzzanova handles the entire process from native ads --> to blog post --> to video activation in blog post --> to sale at Coolshop, it is possible to optimize the whole process based on a sales/ROI mindset.

The following elements were part of the campaign:
- 29 national media

*For each DKK Coolshop spends on advertising – 25 DKK is generated as revenue on Coolshop’s site.

**Cooolshop can save 62,5% by using this setup instead of affiliate media:

The solution was to combine different native ads formats with many publishers and ad texts.
The following is recommended:

1) Tease the user with a native ad and generate exposure for the campaign.

2) Guide the user to a blog post with an embedded video that can be manually activated.

3) Link from blog post directly to the advertiser’s web shop.