Hanza Media won Gold in the 2016 Native Advertising Awards for 'Best Use of Online' for the campaign:

HEAT MAP How Safe is Your Neighbourhood?

We asked Editorial Director behind the campaign, Ana Plisic, to take us through the successful native advertising case study. The KPIs were reached in just five days after launch and the native ad campaign generated three times more hot leads than expected.

WHAT WAS THE PURPOSE?
Croatia Insurance, the leading insurance company in the country, approached the Native Ad Studio of Hanza Media in order to raise awareness of the importance of home insurance.

The insurance company was facing a challenge: more than 92 percent of people in Croatia are property owners but only 20 percent of the properties have a home insurance.

RELATED: Ana Plisic: The Head of a Native Ad Studio Should Have an Editorial Background

We did research, observational analysis, content analysis and Jobs to be Done (JTBD) interviews to understand the potential customers and to look at the reasons behind the a low interest in home insurance.

WHAT WAS THE SOLUTION?
The solution we came up with was a free web application which was the first interactive digital map in Croatia. We called it: How Safe is Your Neighbourhood

It enables users to get the most accurate, relevant and personalised information on the safety trends in any city the user chooses. The map answers questions such as; How big is the risk of flooding, earthquakes, fires and home burglaries?

The risk calculation is built upon five years of data analysis of the burglaries and robberies per capita, five years of statistics on fires, 80,000 earthquakes in Croatia and the surrounding regions as well as historical data on water movements and flooding. 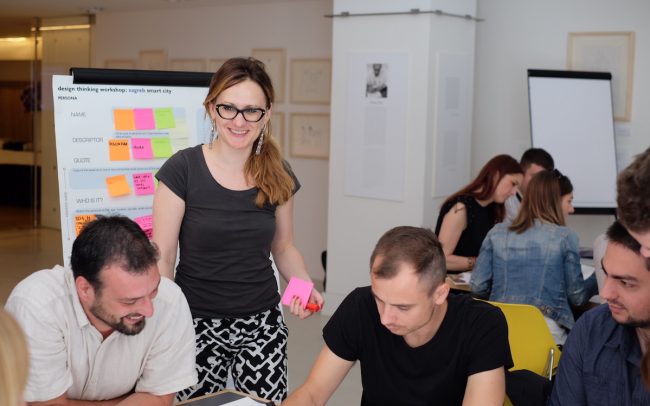 Ana Plisic and her team at the Hanza Media Native Ad Studio.

WHAT SPARKED THE IDEA?
We looked at the facts; every year Croatia faces 30-35 earthquakes, more than 5,000 burglaries and home robberies are reported by the police yearly, more than half of the country territory is in the zone of high risk of flood. Despite these facts 8 in 10 property owners did not have home insurance.

Based upon contextual interviews with property owners that did and did not have home insurance, we noticed a lack of relevant information in both groups. The main incentives for having a home insurance was the fear of accidents within the home rather than natural disasters or crime.

We analysed which categories of information the target groups were exposed to. We discovered that data on home property risks were lacking. People only had access to complex statistics based on calculations that were mostly available on scientific websites which made them very hard to comprehend. Therefore, we decided to gather all the data, recalculate it and personalise it so an individual home owner could access the data easily by typing in a name of a city on our interactive heat map which presented the data in an accessible and intriguing manner through digital technologies.

HOW MANY WERE INVOLVED?
We had 12 people working on the project internally, mostly data and content experts and designers, as well as nine freelancers outside of the company. We partnered with two digital agencies with expertise in 2D and 3D visualisations, and with the University of Zagreb/ Department of Mathematics and Geophysics, Construction department, The state owned company Croatian Waters, Ministry of Internal Affairs and The National Protection and Rescue Directorate.

WHAT DID THE CAMPAIGN CONSIST OF?
The native ad campaign consisted of three categories of content: 1) the web application 2) engaging stories, analysis and infographics on the risks covered in the web application (earthquakes, floods, fire, burglary) 3) social media campaigns.

Built-in lead generator
The web application 'Heat Map' had the call-to-action button; “Do you want to find out how safe your home is?” that enables a reader to go to a second level and get even more personalised information about exactly their home. When a reader clicks on the button he is asked to fill out a contact form with address and phone number and consent to being reached by Croatia Insurance. Home insurance is only offered as a third step in the process after the home owner gets the information he is looking for.

RELATED: Why Native Will Win As Paid Distribution Channel

WHICH PLATFORMS WERE USED?
Online, mobile and offline. The Heat Map widget was placed within the editorial content on the homepage of jutarnji.hr which is the number one news website in Croatia with 1.2 million unique visitors monthly. The native ad stories also ran on the website, mobile platform and in the print publication; Jutarnji list which is the mos read daily newspaper in Croatia in the premium market category. We also used the Jutarnji list's social media channels such as Facebook and Twitter.

WHAT WAS THE RESULTS?
The agreed KPIs were reached in the first five days. By the end of the campaign the number of hot leads was three times more than expected. The campaign also generated earned media as local and national news websites and radio stations reported on the Heat Map. 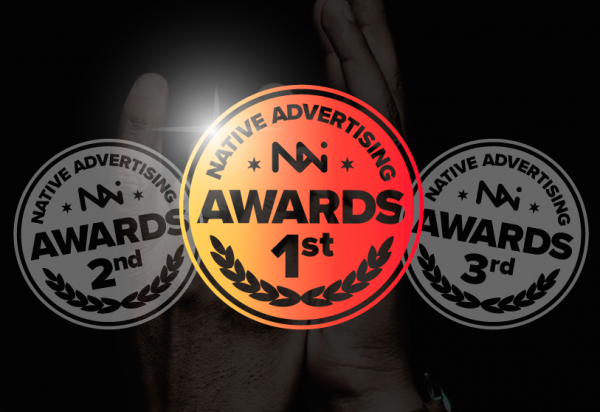 Previous story
← How Readers React to Political Native Advertising
Next story
Bidtellect CEO: Partnerships Will Be Necessary on the Tech Side of Native →