As the Shift to Mobile Continues, Look to Video to Drive Growth

eMarketer projects that this year, one in four people will use a mobile device to watch video every single month, which represents an 11.9% increase from last year. And according to Nielsen data, since 2016 millennial  “cord-cutters” – or more aptly, “cord-nevers” – consumed more video on their smartphones than on televisions.

Though millennials may be leading the behavioural shift toward mobile, it is reflective of changes seen across the demographic spectrum. And mobile video is leading the charge as the fastest-growing overall online advertising channel. About 80% of brands say they are planning to increase their spend on video advertising this year. These expanding budgets are warranted by a surging number of views for digital video content.

RELATED: You Are Probably Investing in Digital Video, But Are You Doing it Well?

Simultaneously, consumers are showing less tolerance for traditional formats that came of age on desktop. Pre-roll video is such a consumer irritant that it is the number one reason cited by consumers for installing ad blockers.

However, this sentiment doesn’t seem to apply to newer out-stream video formats. They break free from the confines of pre-roll in stand-alone video players and instead favour contextually relevant video content served within publishers’ feeds and article pages. And savvy media agencies are taking note. According to eMarketer, 77% of agencies say out-stream video formats are crucial to client success.

This may signal that the days of interruptive, irritating pre-roll ads are coming to an end.

Nativo data supports this trend. In recent years, we have seen video consumption among mobile users explode and far outpace desktop. In fact, from 2015 to 2017 start rates of our user-initiated out-stream video format (Click-to-Play) saw a whopping increase of 330% on mobile. This may signal that the days of interruptive, irritating pre-roll ads are coming to an end.

The CTR continues to perform strongly on branded content on mobile.

However, it is worth to note that increased performance of mobile advertising is not limited to mobile video. Where consumption rates remain relatively unchanged on desktop in the last 3 years, Nativo saw average time spent on branded content hold steady with desktop users.

Mobile performance is quickly closing the gap: the average mobile user increased time spent with content from by 52%. 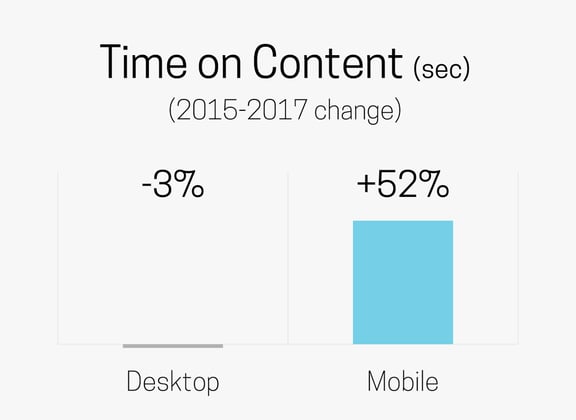 In a world where everyone has a smartphone in their pocket, savvy brands understand that the best place to reach consumers is on their go-to device, and with out-stream video.

Moreover, the CTR continues to perform strongly on branded content on mobile. This comes at a time when even the most basic performance metrics of desktop formats have only managed to hover, or are in steady decline.

RELATED: How to YouTube: 3 Ground Rules for Native & Paid Advertising

Google’s last reported data for click-through rates has mobile display units stagnant at around 0.05%. Nativo has seen a similar trend. Although almost 3x higher than display engagement, engagement with branded content on mobile remained steady from 2015 to 2017. 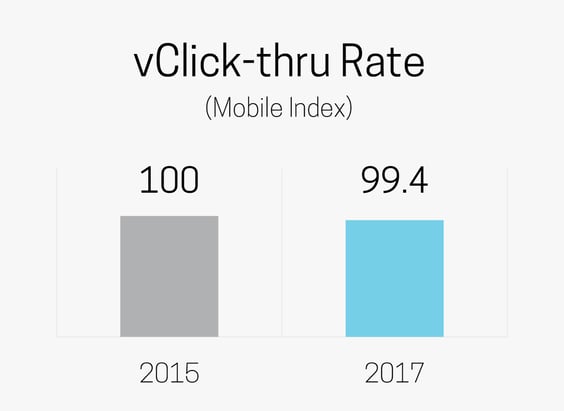 In a world where everyone has a smartphone in their pocket, savvy brands understand that the best place to reach consumers is on their go-to device, and with out-stream video. While the behavioural shift has more to do with the nature of mobile itself, tech-savvy millennial consumers and the superior UX of contextual video are helping boost mobile advertising.

What else is going on in the industry? Check out these 36 predictions for native advertising in 2018 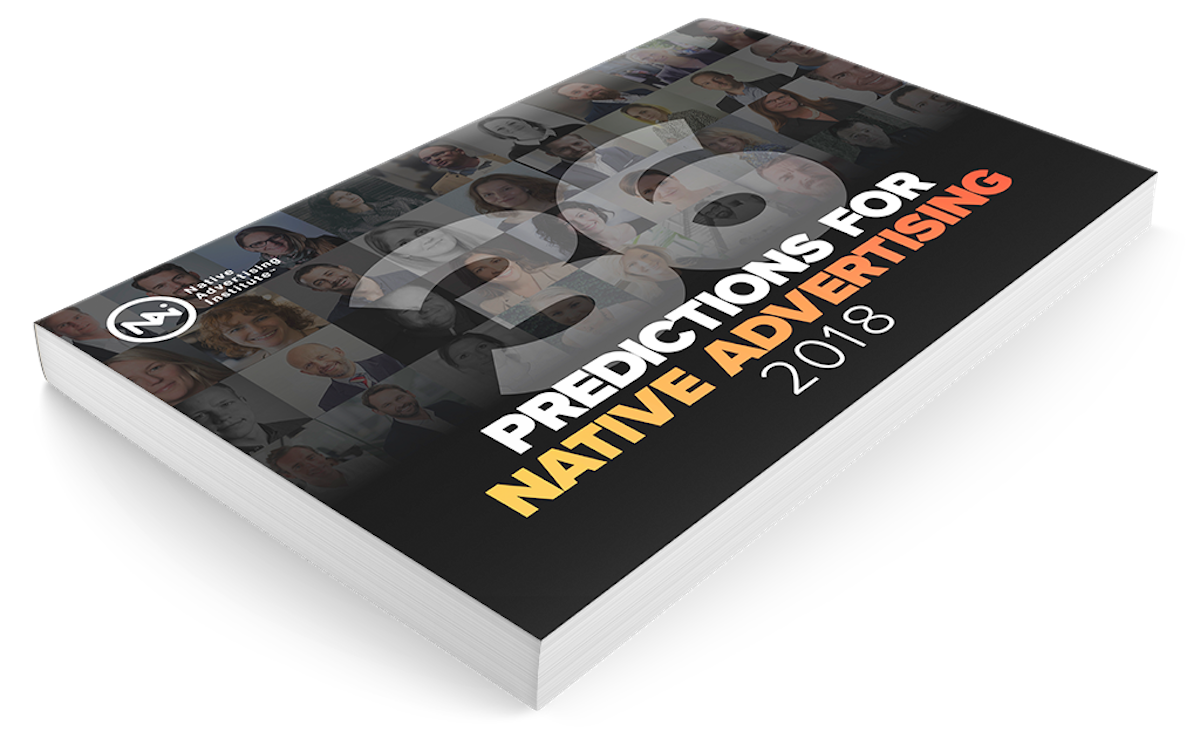