This text originally appeared on Native Marketing and has been reprinted here with permission.

According to eMarketer, Native display ad spending will surpass traditional display spending 2016 and will grow at double-digit rates for several years, reaching $36.3 billion by 2021. As marketers wade deeper into native advertising, they need to have a better understanding of how to drive the best results and engagement across devices, formats, success metrics and content categories. It’s important that marketers understand that Native Advertising is facilitating broader Content Marketing strategies and therefore needs to be treated differently than traditional display.

Bidtellect’s inaugural quarterly report analyses our platform activity in order to provide advertisers with important insights and trends in the Native Advertising industry. Bidtellect’s platform processes over 5 billion Native auctions daily across 6.5 million distinctly targetable placements, and this number continues to grow quarter over quarter. We collect data from the start of an auction through post-click consumer activity including, but not limited to the metrics captured in this report.

Mobile has undoubtedly solidified its place as the device of choice for people as we’ve come to expect information on demand, no matter where we are. So it makes sense that the report reveals that CTRs were an average of 200% higher on mobile than desktop in Q1-Q3 2016. It’s clear that consumers are actively clicking on content on mobile devices, but what are they actually doing with that content once they are there?

Demand for Native has increased so rapidly and marketers are using the more common and less sophisticated metrics such as CTR to measure campaign success. When using new formats, marketers tend to stick with what they know, but as native continues to grow, Bidtellect believes that post-engagement metrics will become more widely adopted.

How Are Consumers Engaging Across Publisher Categories?

Bidtellect’s Engagement Score is the industry’s only post-click engagement metric, designed to determine how engaging a given piece of content is. The proprietary algorithm tracks, measures and optimises against pageviews, time on site, bounce rate and user sessions. All of these data points are expressed through a simple score (0-10) which provides great insight to the agency/advertiser on what device, format or piece of content is seeing the highest engagement.

As people are planning their winter and holiday vacations they were actively engaging with travel based content in Q3.  Law, Gov’t & Politics and News based content were also highly engaged with in Q3, correlating with the Presidential Election in November.

1. For marketers trying to reach their audiences on mobile devices, they need to transition away from CTR as a success metric, and toward post-click engagement metrics. Consumers are clicking on content on their mobile devices, but are less likely to engage further on mobile than desktop. For marketers to get the most out of their cross-device content marketing and Native advertising strategies, they need to optimise against these post-engagement metrics.

3. Plan ahead. Creating and distributing timely content to your consumers will produce the highest levels of engagement. Don’t wait for the days or week before an event, reach them in the weeks and months leading up so they are fully educated.

4. Post-engagement metrics, across devices and formats, will become increasingly critical for marketers as they seek more meaningful ways to determine how consumers are interacting with their content.

Click here to view the full report from Bidtellect.

Want more? Sign up for the Native Advertising Institute Newsletter and get weekly insights and news from the people who live and breathe native advertising. 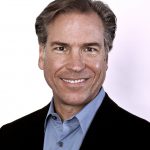 Lon Otremba joined Bidtellect as its CEO and Director in January 2014. He leads all aspects of the Company’s efforts, working closely with the management team and the Company’s board of directors. With over 20 years’ experience in media, Otremba is a veteran operating executive and adviser in the Internet publishing, mobile, and broadcast music industries and a well-known pioneer in interactive media. Bidtellect was shortlisted for a Native Advertising Award as Native Advertising Platform/Network of the Year and won a silver medal.