Meet them where they are: How TikTok and real stories can help brands reach Gen Z

As the VP for Content Marketing at Marriott International, Annie Granatstein was looking for a way to reach out to Gen-Zers, a group not known for hanging out on traditional media platforms.

“The reason we decided to foray into TikTok was really to reach Gen-Z and younger millennials, which actually you can't really reach on traditional media platforms because that's just not where they're hanging out,” Granatstein tells the Native Advertising Institute.

As the global pandemic started to ebb, the hotel chain’s loyalty programme Marriott Bonvoy wanted to inspire people to return to travel.

Marriott Bonvoy properties and staff were featured in pivotal moments of each story to align the brand with new and improved travel values and reveal the range of leisure travel environments and hotel brands offered by Marriott Bonvoy.

A month-long “TikTok Takeover” was launched, with an explainer video that introduced users to the concept of regenerative travel.

@marriottbonvoy We believe in the transformative power of travel. How has it defined you? #TravelMakesUs ♬ Where Can We Take You - Marriott Bonvoy

Even though the initial plan was to hit Gen Zers, Granatstein said the campaign offered up a few pleasant surprises.

“We actually had a woman in her sixties, and she was on TikTok,” she marvelled.

Granatstein was referring to Charlotte Simpson, one of the most compelling stories to come out of the Regeneration of Travel campaign.

Simpson, who goes by “Traveling Black Widow” on TikTok and Instagram, started solo travelling after the passing of her husband.

She spent time in Buffalo, N.Y., telling the story of that city’s regeneration through her own experiences and connections she made with locals. Her story comes alive on the Washington Post website via immersive audio and photography.

Granatstein says the campaign aimed to be as inclusive as possible when it came to age, race and other diversity touchpoints.

“Marriott Bonvoy has a diverse array of travel experiences in hotels, probably more than any other hospitality brand on the planet. It's right for you, no matter who you are, what age you are, what race you are or where you come from.”

She admits that there were some concerns that the campaign might include travellers’ experiences and stories that could be perceived as ‘negative’, and shouldn’t brands only focus on the positive?

“I contended, and was able to get support internally for doing this (by saying) that people actually want to see brands take stands.”

The gutsy approach allowed Jaylyn Gough, a member of the Navajo Nation who grew up on a reservation in New Mexico, to take an unflinching look at her own search to reconnect with her Native heritage while telling the often sad story of her ancestors.

Gough grew up knowing little about her heritage, and points to how, throughout the 19th and 20th centuries, many Native children were forced to attend assimilation-focused federal boarding schools that systematically erased their cultural identity.

She also speaks to a man whose grandfather was forced to do “The Long Walk” in 1864: the enforced deportation, by foot, of the Navajo from their own land to “assigned territory” hundreds of miles away. Scores of Navajo died of exhaustion and malnutrition along the route.

Using photography and 360-degree video, she documented her homecoming and her ongoing journey to strengthen her connection to her heritage, as well as showing how to visit public lands with respect for their meaning in Native cultures.

Granatstein says that empowering someone to talk about their personal story in such an intimate and honest fashion was actually good for Marriott.

Granatstein said the success of ‘Regeneration of Travel’ has created an impetus for Marriott to do more with TikTok.

She feels that her brand and the wider travel industry are on an upswing after the hard times of the past few years.

“I think we all feel confident that it's on a continuous upswing now. We're not fully recovered as a company, but we're definitely on our way and I think ahead of projections. So people are feeling very positive.”

Granatstein says the ‘Regeneration of Travel’ campaign was “wildly successful, both in terms of the number of people who watched it and the comments that we received.”

The numbers support her conclusions:

"The Regeneration of Travel” vastly overperformed in every category of Marriott Bonvoy’s KPIs.

Along with those statistics were the many social media interactions from readers that demonstrated deep emotional engagement with the programme. 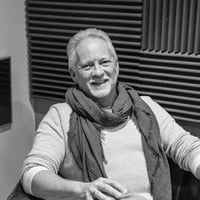 What can you learn from over 200 brand videos?