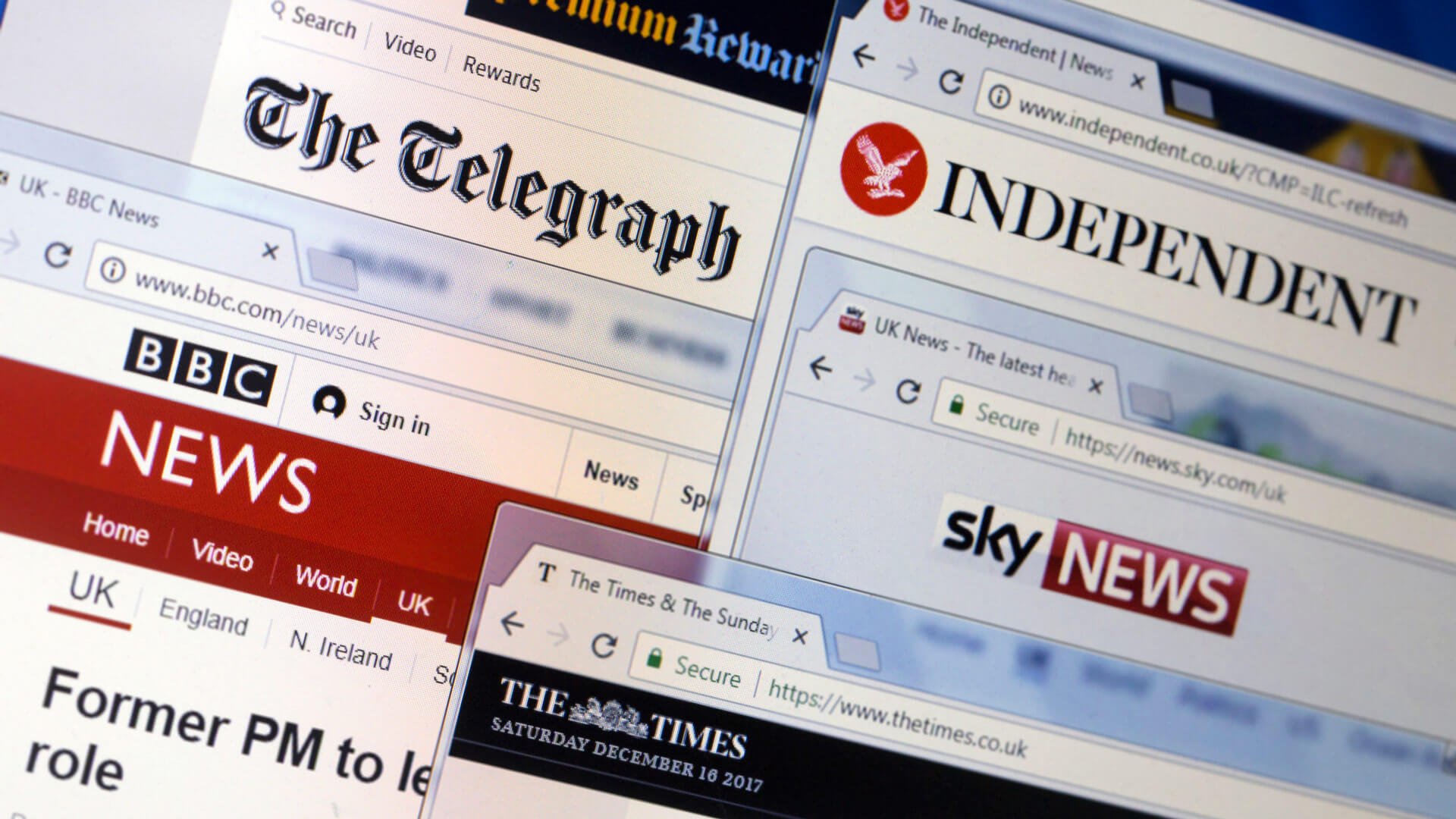 How native-friendly publishers can profit from contextual advertising

Some may think the expected cookie demise will only affect advertisers. But publishers can also take a big hit if they’re not prepared. That’s why we have put together a few pointers to help you avoid getting caught off guard.

Because we’re all connected to serve the consumer, nearly anything that affects advertisers will also impact publishers and other intermediaries.

In a digital environment where privacy regulations are getting stricter and consumer behaviour is constantly shifting, the “cookie problem” presents some challenges for all of us.

But potential solutions are already emerging and one, in particular, appears to be gaining momentum. Everyone seems to be talking about contextual advertising. But what is it anyway and how can it benefit advertisers, publishers and above all, consumers?

READ ALSO: How native advertisers should respond to the end of third-party cookies

Behavioural targeting has been around for over a decade. It refers to the process of serving ads based on the users’ browsing behaviour through what we know as cookies. When a user clicks on an ad for mountain bikes, for example, we can build some assumptions about his or her interests.

It's important to note that this type of targeting is based on previous user interactions. This is actually one of its biggest flaws because the insights gained have nothing to do with the content of the page being viewed. This often creates a relevance problem.

With so many services competing for consumers’ attention, it's not uncommon for the same user to have different cookie IDs. This makes it harder for ad networks to connect the dots and serve relevant ads on publishers’ sites.

Relevancy takes another hit when multiple people in a household use the same device. Because those users likely have very different interests, they are often delivered irrelevant ads that can fuel a subpar user experience.

Another drawback of behavioural targeting is the short life span of cookies. Users can very easily clear them, which means that advertisers lose track of that user. Additionally, younger, tech-savvy audiences will often use ad blockers.

With contextual targeting, a user might be reading an article about dog training and be shown an ad from a dog care company. Contextual ads are seen as less intrusive and more helpful to the user, much like the way consumers prefer native ads to traditional display ads.

The biggest advantage of contextual advertising is the ability to reach people based on what they are consuming and interested in at that very moment. Another is the fact that contextual isn’t constrained by privacy regulations because it does not collect or use information about users.

Contextual targeting is also more relevant since it is based on what the user is seeing, reading or watching at the moment. This relevance can help advertisers create a greater sense of brand affinity, while publishers benefit from maintaining or building their reputation as a credible source of information. With more relevant content, publishers invite users to stay longer and interact more with revenue-generating advertisements.

Strategies for capitalizing on contextual

The end of third-party cookies isn’t the end of the world. For native-friendly publishers, it can actually present an exciting new opportunity. Publishers that rely more on traditional ads, however, are likely quite worried – and rightfully so.

The IAB says that publishers will have to replace $10 billion in ad revenue from the loss of third-party cookies and identifiers. One of the best solutions to replace lost revenue is to embrace contextual advertising.

Let's have a look at some of the specific ways you, as a publisher, can capitalize on contextual advertising.

It might sound basic but many publishers are still overlooking their content strategy, especially amidst all the changes the industry is experiencing. Creating content is one thing, but engaging readers is another. Without getting too deep into the weeds, this fundamentally comes down to understanding your audience.

Because contextual relies on the content people are consuming, it becomes increasingly important for publishers to create information that is both relevant and timely.

High-quality content can also take the next step and become premium content, where it can only be accessed by registered users. That gives publishers an opportunity to collect consent-based first-party data that, if used correctly, will ultimately help the ad networks serve more of the right ads to the publisher’s audience.

Other common practices amongst top publishers are to create gated content as a form of lead magnet or even host paid events, where data is collected with the consent of readers who are typically higher-value users.

While the cookie demise is still giving some executives sleepless nights, others have already figured out the path. Neil Vogel, CEO of Dotdash Meredith, the largest digital and print publisher in the US, is prepared for a cookieless world.

By leveraging first-party data, on-site searches, and login information, and combining them with contextual targeting in a programmatic environment, publishers like Dotdash Meredith are able to not only give their readers a better experience but also maximize their yield from ad inventory.

First-party data has always been the most valuable. Moving forward, it will become even more so as the industry moves towards a data-driven approach and away from "walled garden” platforms. It’s also expected that tech giants like Google and Facebook, which have long taken the lion’s share of digital advertising and left publishers fighting over the scraps, may start to have less power as programmatic media buying on the “open web” becomes more efficient.

Influential publishers such as CNN, The New York Times, and Politico have understood that merely selling more ad space isn't the path to success. They have learned to optimize yield with different demand sources.

While these publishers still use traditional display or banners and video, they also partner with advertisers to produce well-written native content that can be just as compelling as the surrounding editorial articles.

READ ALSO: The New York Times makes some of
the best native advertising. Here's why.

Additionally, they offer content ads via native recommendation widgets that are based on contextual targeting. These widgets serve ads that match the look and feel of the surrounding content, speaking to the reader's interest and what they´re consuming at that moment. As a result, they´re less intrusive, more engaging, and drive higher click-through rates.

As a publisher, partnering with ad recommendation networks that have contextual targeting capabilities can help you maximize your revenue. It's worth mentioning that many of the top native providers are also integrated with Demand Side platforms (DSPs) that allow you to reap the benefits of real-time bidding and help you maximize the yield from ad inventory.

In some cases, the path to more revenue as a publisher can be simply exploring partnerships with native ad networks that provide richer ad experiences. Prisma Media, a leading French publisher, was able to achieve 82% higher RPM and 94% higher click-through rate on editorial content through Outrain’s Smartlogic technology.

Change is hard, and some are naturally better than others at adapting to new conditions. But if you think about it, relying solely on third-party cookies, while practical, has never been a sustainable solution.

Certainly, contextual targeting won’t fix all of our problems. But it could shift the tide for publishers. As the digital ecosystem gets more complex, contextual is a more sustainable alternative in a cookieless world. Those who are better prepared will be able to capitalize greatly once the tide shifts. Those who aren’t will run into choppy waters.

Pedro Campos is a native advertising consultant at Advertongue. An award-winning professional, Pedro has orchestrated and managed successful digital advertising campaigns on native, programmatic, social, video, search and display channels, in the coaching, gaming, ecommerce, and SaaS industries. His depth of knowledge in various disciplines and omnichannel experience have earned him the reputation of being a full-stack media buyer. Considered by many a true marketing nerd, Pedro spends a big part of his free time "sharpening the saw", connecting with like-minded professionals and refining his approach to advertising.

Previous story
← Why long-form branded content is worth investing in
Next story
Why did a betting company sponsor a podcast about gambling addiction? →

Native programmatic: Why it’s a major opportunity for publishers