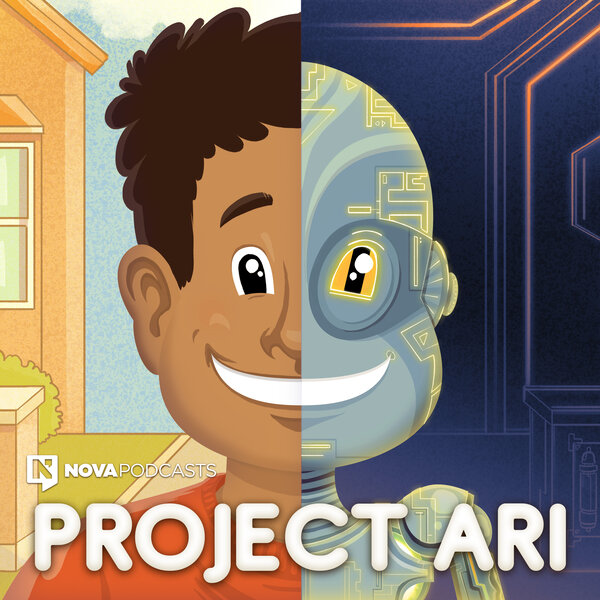 We're highlighting the winners of the Native Advertising AWARDS 2022. This post features The Best Use of Podcast.

Domestic and family violence is at epidemic levels in Australia and was made worse by the COVID-19 pandemic. In fact, 2020 proved to be the worst year for domestic violence Australia has ever seen.

Project ARI is a podcast that was created in partnership with the Australian Government’s ‘Stop it at the Start’ campaign. The campaign’s primary goal was to reset young people’s attitudes by motivating adult influencers to encourage them to reflect on their own attitudes and have conversations about respectful relationships and gender equality.

Project ARI is a fictional storytelling podcast series centred around ‘ARI’, a fully functioning Artificial Intelligence prototype that presented as a 10-year-old boy. While ARI had access to the internet, he was not programmed with human experience. Thus, he was placed with a human family to teach him how to interact with humans.

Each episode touched on a scenario kids might find themselves in and demonstrated the respectful way to approach the situation.

During the development phase of the campaign, Nova Podcasts reviewed extensive data and research to produce an informative podcast showcasing what respectful relationships and behaviour look like. It involved a well-known children’s author to create the concept and the scripts and the cast included top-tier talents, such as a professional soccer player and a high-profile TV actor.

Project ARI was published on all major podcast platforms and the federal government’s website and was housed on Nova’s radio network websites. It reached more than 250,000 average daily unique browsers each month.

The ‘Stop it at the Start’ campaign saw amazing results, with 67% of people recalling the campaign, and 65% of those people taking action directly relating to the campaign.

Respected parenting author and expert Maggie Dent shared the podcast with her community of 300,000 parents.

A news article by national broadcaster ABC described it as one of the best podcasts for kids and Project ARI also won gold at the Australian Podcast Awards.

The campaign also showed how extensive research and data can inform a strategy and campaign and can be fundamental to the success of a campaign.

It also demonstrated that a story that is not too judgemental, accusatory or overly serious, but has heart and is a little silly, can lead to amazing results. Podcasts are a great medium to convey these types of stories and get the desired message across.