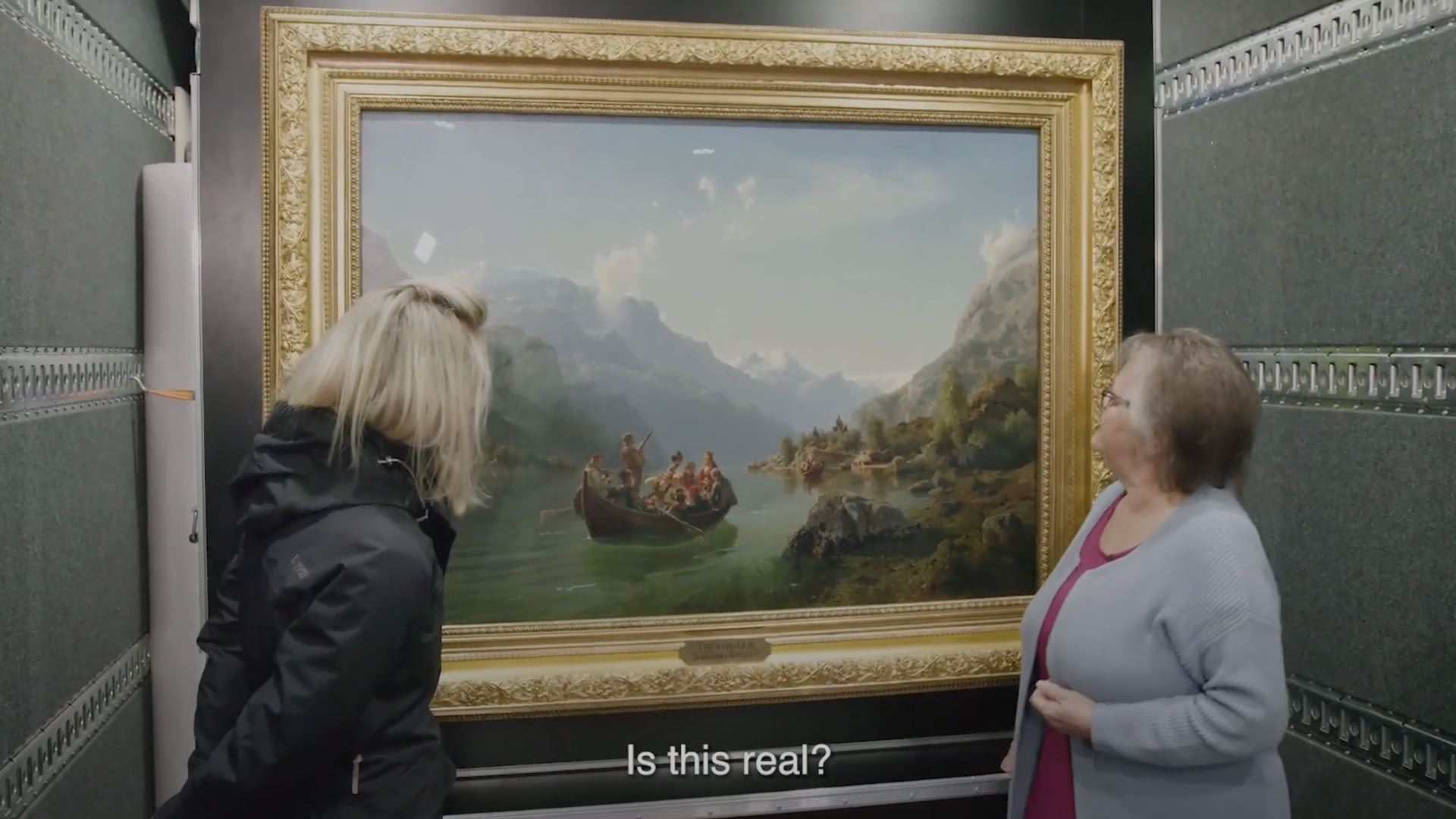 How a national museum brought art to the people

We're highlighting the winners of the Native Advertising AWARDS 2022. The campaign featured in this post won both Brand of the Year and Best Series of Sponsored Articles.

The opening of the new National Museum of Art in Oslo, Norway was a highly anticipated event. The museum hosts some of the country’s greatest treasures and art collections. But due to Covid, the opening was delayed for more than a year.

How could the museum showcase the national art collection and prove that it was still able to fulfil its social responsibility even while still under construction?

The creative solution: turn all of Norway into one big art gallery. The museum settled on a campaign to bring the art closer to the people by taking it on tour throughout the country.

The museum’s most iconic pieces were sent around Norway in a total of 36 stops split into two tracks. The first track was the tour of the 1848 oil painting Bridal Procession on the Hardanger, considered a priceless national treasure. Adolph Tidemand and Hans Gude’s painting was exhibited in a prison, at a nursing home, a refugee centre, a train station, and a military camp, to name a few. A unique way to connect people from all walks of life with their common cultural heritage.

The second track consisted of 15 local stops, exhibiting art with a local connection to the places they visited. This brought the art home to its origins, before finally arriving at the National Museum of Art.

Each exhibition had a story to tell, and native articles in local newspapers played a central role in telling people these stories.

Premium native placements across devices were also made in the digital newspapers in editorial flows of ten, seven and five days ahead of each event.

Each native ad placement was optimized during the entire campaign period, using hyper-local communication. In addition to the native articles, the campaign also had a PR strategy and was documented through a social media strategy.

The campaign was a great success, one of the success factors being the great collaboration and teamwork between the client, their PR agency and the native agency.

Native advertising played a key role in ensuring the information about the local events reached the audience on specific dates, in a local wrapping, leaving room for people to plan their visits to the local exhibition.

In these types of campaigns, it is important to have a distinct distribution strategy, alongside engaging content.