How Far Can Google’s Chrome Ad Blocker Turn the Fortunes of an Industry with Its Back Against the Wall?

The notion that Google would build an integrated ad blocker into Chrome, would have been unthinkable a year ago. It still baffled some when it was announced that’s exactly what the search, adtech and browser giant is about to take live on 15th February.

So, let’s contextualise a little.

The digital advertising has been in a spot of bother lately. Supply chain transparency and fraud; viewability and effectiveness; brand safety; ad experiences that audiences hate which make them turn on ad blockers; unviable publisher inventory values; fake news and falling audience trust; investment returns that alarm investors; 60% of global ad revenues in the hands of the Google and Facebook…

In fact, it’s easy to catastrophise:

Without revenue, publishers die, without investment pure plays wither. Before you know it decent content that people search for to use, watch and read is a thing of history; fake news rules, audience trust levels dwindle to about 0% and advertisers are left with nowhere to compete for our hearts and minds and so product and service distribution strategies that rely on finely tuned margins and predictable channels begin to disintegrate. By this stage, the cannibalistic consequences of the Duopoly’s pyrrhic victory over everything send us all to hell in a handcart... or something like that.

This powerful group of stakeholders was formed, largely, to combat the rapid increase in installed ad blockers.

When P&G’s Marc Pritchard famously called time on the whole shooting match in January 2017 at the IAB’s New York Industry Summit, the game had already begun to change. Globally, stakeholders across media, adtech, brands and agencies had announced The Coalition for Better Advertising (CBA), in September 2016.

This powerful group of stakeholders, including Google and Facebook, GroupM and Omnicom, P&G and Unilever, and their industry bodies… was formed, largely, to combat the rapid increase in installed ad blockers.

One of the problems with standard ad blockers is that once installed they block ads on all publishers’ sites, even though not all publishers allow so-called bad ads on their sites

Ad blockers aren’t good for anyone’s business - but then nor are audiences who are turned off by poor digital ad experiences. So what is this bad digital advertising that so annoys audiences across the globe, most especially the younger generations?

That was the question the Coalition posed in a significant piece of research it says was carried out across North America and Europe and which involved around 25,000 participants.

The results of this survey identified what ads most annoy people and informed the CBA’s Better Ads Standards which Google has used to shape its built-in Chrome ad blocker.

RELATED: "There Would Be No Ad Blockers If There Were No Shitty Ads"

One of the problems with standard ad blockers is that, a little like the hammer and nut, once installed they block ads on all publishers’ sites, even though not all publishers allow so-called bad ads on their sites. The Coalition has no interest whatsoever in punishing good publishers with responsible ad serving policies.

With almost  60% of the global browser market (its nearest rival, Safari, has just 14.5%) Chrome has immediate access to the majority of sites to test which ones run the ‘bad ads’. To be clear, the Initial Better Ads Standards describe ad formats such as pop-ups, autoplay with sound on and large sticky ads and page, and sites which run pages over-populated with ads making them slow to load, etc.

Google has been communicating widely with the online publishing community since last Summer about its plans to introduce an ad blocker, pretty much in parallel with the CBA’s Better Ads Standards research. It has been flagging the formats that its ad blocker would be catching and then warning that Chrome would be blocking all ads (including Google’s own) on sites where publishers continued to serve the bad ads, despite any warnings and reminders to clean up.

The motivation to preserve that revenue, even risking some level of loss by blocking its own ads, is not hard to understand.

Google published its Q4 earnings last week. When you add up gross revenue from all quarterly earnings reports, it totals $95.4 billion for 2017. That’s an extraordinary dependence on a single revenue source for one company and what some may consider a pretty unhealthy 40%-ish of the global digital ad market, as estimated by eMarketer at $223.7 billion in 2017.

The motivation to preserve that revenue, even risking some level of loss by blocking its own ads, is not hard to understand. Google’s strategy, it would seem, is to maintain inventory value in authentic, premium media by creating an incumbent ad blocker which it hopes will discourage people from opting for 3rd party, undiscerning ad blockers.

While this is a clear commitment from Google to use its scale and vast earnings to help start creating a better digital ad experience with its fellow CBA members, it’s only the very beginning of a long journey towards a truly healthy digital ad environment and economy for the whole industry.

The move supports high intentioned publishers large and small - whose principal interest is to maintain the integrity of their editorial output and the trust of their audiences.

Certainly, when I ask my non-industry friends what they dislike about digital advertising, targeting and quality are generally what they complain about.

A bigger problem than ad formats

But this initial ad blocker only deals with formats. It does not address content quality or data. For instance, uncapped and ill-conceived retargeting campaigns, or ‘discovery’ ads, peddling blatant and often misleading click-bait will not be caught by this ad blocker. These ads also seriously annoy audiences.

The results of the survey which is governing how the Chrome ad blocker filters good and bad, are not made public on the CBA site, save for a slide showing the stack-ranking of good to bad ad formats.

RELATED: The Difference Between Paid PR and Native - And Why You Should Know It

So whether people were asked how they felt about ad targeting techniques or clickbait, we don’t know.

Certainly, when I ask my non-industry friends what they dislike about digital advertising, targeting and quality are generally what they complain about. The CBA does, however, discuss an experimental methodology which describes a continual process of user research.

As far as native and content-based ad deals are concerned, audience trust is the critical ingredient in creating content that’s acceptable and thus effective.

The effect of the ‘Fake News’ phenomenon and its distribution which poses a whole other set of risks to the delicate trust balance that media owners are having to navigate in current times also has a bearing on how people feel about advertising and where brands seek to advertise, as we have see all too often lately.

As far as native and content-based ad deals are concerned, audience trust is the critical ingredient in creating content that’s acceptable and thus effective. It’s what advertisers are paying for, a credible ‘permissioned’ presence within a trusted media environment.

RELATED: Understanding Blockchain - What Does It Mean for Native Advertising

The challenge is to get beyond content interference by bad ad formats. This is where all members of the CBA – not just the member with the biggest scale – need to get behind rooting out the entire chain of bad practice that creates poor campaign concepts. The nuance of filtering out ads based on content (beware all you native ad format platforms) is a much more complex challenge, but that’s where the heart of the problem lies.

The CBA needs to keep the momentum up now to expand the Better Ads Standard Framework so that bad digital advertising by principle as well as format will be identified and weeded out. Google’s real challenge is, perhaps, to enable its ad blocker to target ad by ad in the future and the CBA’s to ensure all members’ interests drive this much-needed programme.

Digital gives brands and publishers extraordinary opportunities to engage with audiences, but only with credible editorial and authentic offers. 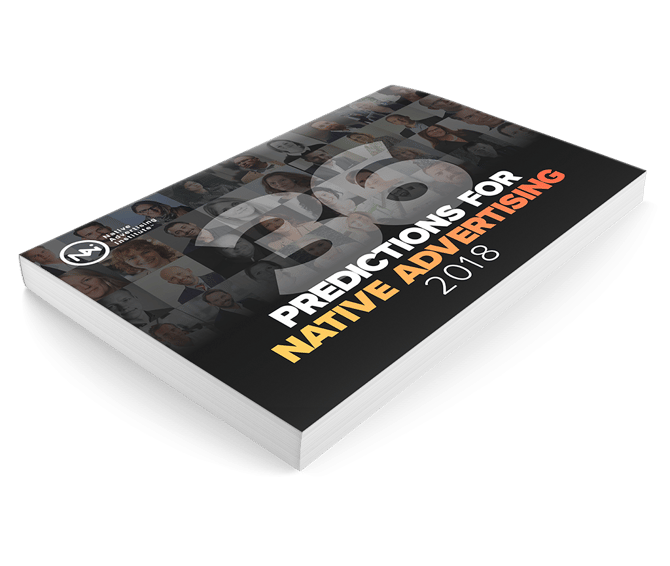