47% of publishers will let advertisers use their editorial staffs to produce native advertising, up from 42% last year.

Jesper Laursen, Founder and CEO of the Native Advertising Institute states in the report that this development opens up to many interesting discussions about the division of church and state. But he also underlines:

“It also shows that publishers are pulling production of the creative solutions closer. And that they are betting harder on these services.”

To Ana Plisic, editorial director at Croatian publisher Hanza Media’s Native Ad Studio, it's only natural that the editorial team should take part in the production:

“Content is king, and who is king in creating content? The editorial team. I believe that only someone with a strong editorial experience can do native,” she said last year.

But the way to produce the best possible quality content — particularly in the vertical markets we work in — is to get the people who normally write this stuff to do it for the commercial teams as well,” he said last year.

See more findings from the news media industry in the report, which you can DOWNLOAD right here: 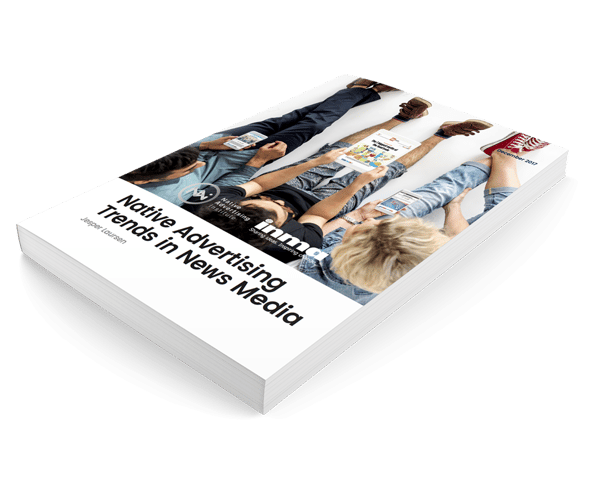