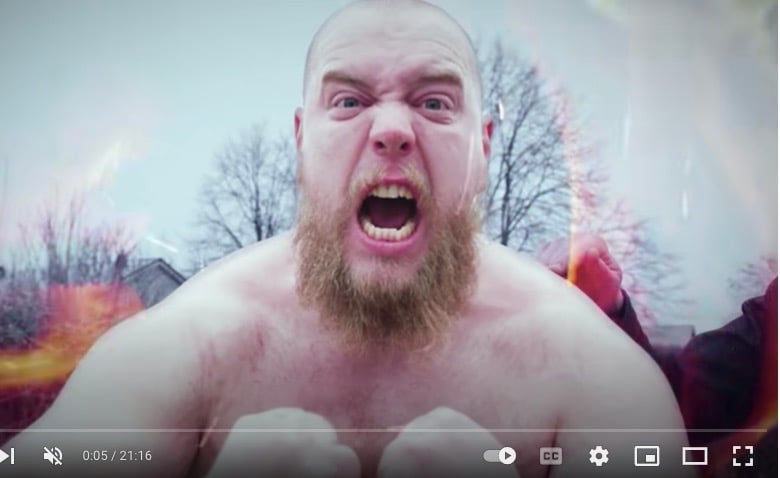 We're highlighting the winners of the Native Advertising AWARDS 2022. This post features the Best Use of YouTube.

Aftonbladet, the leading media house in Sweden, was looking for new ways to engage with and capitalise on younger target audiences.

Its campaign actually started in 2018 when a young employee, Mauri Hermundsson, had an idea on how to reach younger users through high-quality content on a platform that they preferred – YouTube. This led to the creation of the video series “Uppdrag Mat” (Mission: Food).

Its first episode, “Eat like the strongest man in Sweden”, hosted by Hermundsson, became an instant hit, and now has over 3.5 million views. Hermundsson became one of Sweden’s biggest YouTubers, with both international celebrities and clients lining up to be a part of the series’s ongoing success.

With “Mission: Food”, Schibsted has a concept perfect for smart integrations, enabling its clients to engage with a desirable target audience. The advertisers get to capitalize on Hermundsson’s popularity and indirectly link their brands and messages to the popular channel, all while benefitting from the organic reach of over one million views per episode on average.

But the mission is always delicate because hard-selling, non-authentic brand integrations could easily ruin the successful format.

From the start, “Mission: Food” chose YouTube as its main channel, given the target audience's preferences.

Some episodes are also distributed on Aftonbladet’s front page.

In 2021, Schibsted’s new tv-channel, Godare, which focuses on food, aired “Mission: Food” as part of its Swedish launch.

The views on the channel are 100% organic, which has been a great unique selling proposition for Aftonbladet’s advertiser clients. Unlike many other SoMe initiatives involving the advertisers, “Mission: Food” enjoys organic views from a target audience that really chooses to engage with the content.

As of January 2022, all sponsor placements except for one had already been sold for the remainder of the year.

In autumn 2021, the management for the wildly popular singer Ed Sheeran asked Hermundsson if he could guest on one of the episodes.

The Uppdrag Mat channel has 560,000 subscribers and has generated over 100 million views.

Hermundsson, Aftonbladet and Schibsted have clear boundaries about how frequent advertiser mentions are offered in the format – a maximum of one advertiser allowed per episode. All mentions of collaborations are limited to about 60 seconds, each uniquely composed according to Hermundsson's interpretation of the customer's brief.

The approach creates a truly unique and effective impact for the advertiser.

Previous story
← “Quite often in native advertising, we measure the wrong things”
Next story
How a sponsored podcast series aimed at influencers changed perspectives on domestic violence →

How a mapping app got Czechs and Slovaks moving again