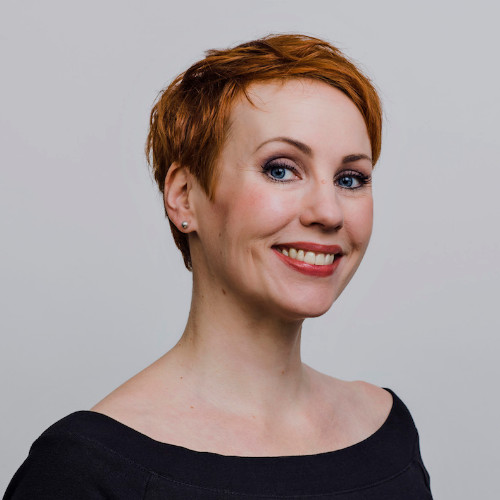 Last week, the Native Advertising Institute released an ebook, 100 Significant Women in Native Advertising, featuring notable female players that are moving the industry forward. Among them was the remarkable Elli Mäkilä, founder of the content marketing agency Storybound Oy. We got a chance to talk further with her about herself, her work and more. Check it out below.

Tell me a little bit about yourself

I’m the daughter of a single parent. My late mother was a journalist and an entrepreneur—an independent book publisher. I followed my mother’s example at an early age, by publishing and selling my own magazine at the modest age of 9. The magazine was a weird mixture of political (yes!) commentary, neighborhood watch, and art criticism – mainly of my own art. I produced all of the content myself and sold the magazines in our neighborhood. But it ended up for a too niche target group – I was only allowed to go three blocks away from our home.

These days, I still work with content. In the past 24 years, I’ve worked as a copywriter in an advertising company, as a screenwriter, producing thousands of hours of television. I've worked in several magazines as an Editor-in-Chief and most recently, before starting my own business, I was Head of Native Advertising and member of the board of sales directors at a major publisher.

Now, I’m a happy entrepreneur and CEO. Classical ballet is my passion, with the movement (Vaganova style!), discipline and music. It’s always been a serious hobby of mine, and I serve as the Board Vice-Chair of Helsinki Dance House. I also love to swim, my husband and I share the same swimming coach, and I also serve as a 2nd class judge at swimming competitions. So training and good physical shape are very important to me. And discipline, did I say discipline already?

How did you end up founding your business - Storybound Oy?

A strong feeling of obligation has always driven me. I need to know, that I've done my best every evening as I go to sleep. I need to know, that my capabilities are in the best use. As an employee and a manager, I was the one to call when changes - sometimes difficult ones - were needed. I’m good at scanning and fixing problems as well as planning processes. So I like to enhance and fix things for the common good. There is the part of me that is always looking for opportunities to learn and develop the industry. After many wonderful years with my past employer, I took the step of trying to make it as an entrepreneur so, that I could be a better common resource for the industry, both nationally and internationally.

Can you describe what you do at Storybound Oy?

We provide strategic and tactical content marketing and native advertising services for companies to enhance their businesses. In addition to the creative and technical services, we focus on corporate social responsibility and media educational impact when producing these services. We have clients from small B2C companies to big B2B associations.

What’s your best advice for great native – any rules of thumb?

1. Do less, do better!
2. Bad content is toxic waste. Good content is fertilizer.
3. KPI’s are project management tools. They are NOT results.

Tell me more about your interest in industry ethics

As the hunger for native advertising grew suddenly - with greater speed than our level of education and know-how could match - it created a tempting market for suspicious operators. While this is a known phenomenon, seen in other industries before and not just in native advertising, it's become a predominant hurdle to overcome within the industry.

Sadly, in native, these negative ways are also used in political propaganda and other fake news. I got worried about the unhealthy development within the industry and the bad reputation it was giving to native because of these unethical operators. I realized that this lack of professionalism was even appearing in the work of big publishers and agencies. Clients that wanted to buy native but didn’t have the competencies to do it simply threw money at it, and greedy operators – even established ones – were happy to take the fast and easy money, knowing well that their own know-how was not up-to-date.

A lot of money exchanged hands, and a lot of intellectually lazy content was produced for fast numbers but no real development on either end. Not to mention, consumers were frustrated. measurable harm was even done to stakeholders. I knew I needed to try to do something.

You specialize in native ads for the performing arts. How is native advertising toward this end different?

In the arts, it’s usually the same problem at the start: the artist or the company wants to talk about their art in their own artistic gibberish. And with all respect to artists, most of the world does not get a word of what you're saying. If the audience does not get why to come to your performance, you will have empty seats. And that is not the audience's fault. They are not uneducated or yet. I often start with a hard conversation with the artist or company, establishing what’s newsworthy to the audience. It's usually not the same as what the artist thinks.

Do not mix art talk and marketing. Now here’s a huge opportunity for native advertising, as the formats for distributing art content and enhancing the audience's relationship to a more individual experience is major. This also gives the performing arts new revenue model possibilities! In fact, I believe that even art itself could be a context for native advertising. That is something I’m working on at the moment. Yeah, I know, not all of the artists agree :D

You also founded the Private Business Women’s Society Occúrsus Club, right? What made you want to start it up?

Maybe it has to with my built-in feeling of obligation, but the idea came up when I was a young editor-in-chief and felt that there was no confidential arena for me, as a woman in charge, to talk about the business world and its demands. I was working at a big publisher in middle management, and I got frustrated when I had to do double work, in order to get the same respect as my male colleagues. Also, the difficult side of business hit me hard, especially the way colleagues all over the industry and many companies in high positions promoted their personal (and not always very ethical) interest over the company’s interest. It shocked me as a true “company woman”. It was really difficult to respect these people as professionals and it got me truly worried. I just needed to do something – again.

So I thought, that the best way to enhance good conduct and women leadership, at the same time, was to do it perhaps a little secretly and by my own example. So, my task was to create better codes of conduct and provide better tools for women in high-level positions. I picked up the phone and called three women leaders that I already had the utmost respect for. They all said yes, and so we got started.

Today, we have many more members, working both in the top of Finnish and top international companies – there are not a lot of industries that aren't represented within the club. There are not many other networks, where club members are working by a good example and inspiring others to do the same. Change starts from within.

You are an early bird, right? How does it help you? Should more people be early birds?

My totally unacademic - but strong - opinion is that early birds make things happen. The majority of relevant achievement happens before noon. We human are daytime mammals, after all. The electric lights and 24/7 shopping possibilities do not change that. I do associate late sleeping with self-indulgence, laziness and being chronically late. I don’t have an interest in people that show a lack of respect by often being late for appointments or postponing deadlines.

So, I believe in structures (that actually make innovation happen!) and routines—eating your oatmeal porridge and exercising. If I don’t have a ballet class or swimming drill in the evening, I usually go to the gym at 6 am. Then I’m ready and filled with good energy at 7 am, and I drive to the city before traffic, winning a lot of time for something more productive, like studying an hour before going through emails.

Actually, I’ve completed all of my degrees beside my work. I know that the early mornings and exercising kept me going. I believe that if you start early, you can achieve more and feel more active. So, wake up early and be on time in school, work and meetings. Enjoy the whole day—from the birds singing in the morning to dining with your family in the evening. Oh, and do read a book before going to sleep. No electronics (even mobiles) in the bedroom. Try it for a month, you won’t regret it!

Download Your Copy of 100 Significant Women in Native Advertising

Read more about the other women featured in the ebook by downloading a copy of 100 Significant Women in Native Advertising. Download your copy here. 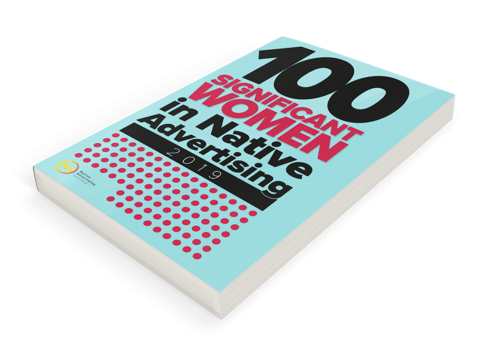 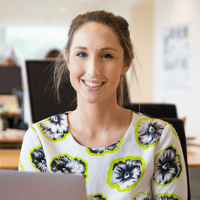