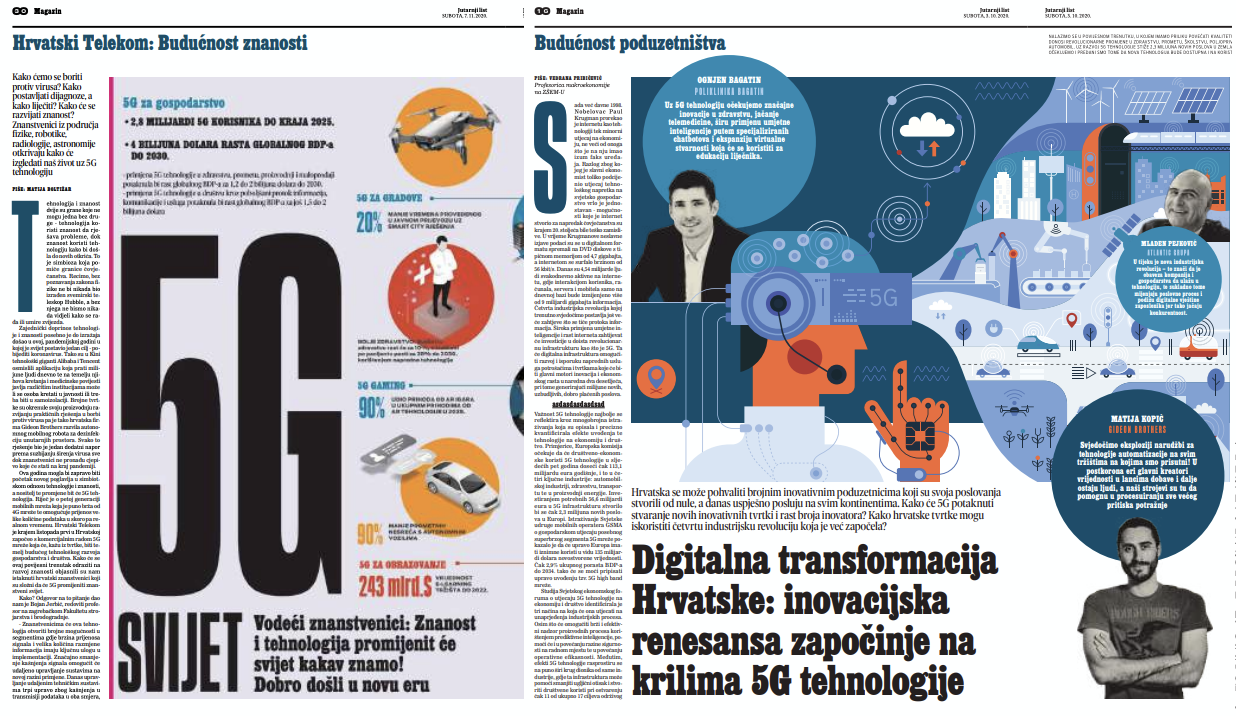 Among the many conspiracy theories to flourish during the early days of the COVID-19 pandemic were the notions that the illnesses attributed to the virus were actually a result of 5G technology or that 5G radiation was affecting people’s immune systems and making them more susceptible to the virus. There is no truth to either of these, but radical anti-5G groups had nonetheless managed to muddy the waters and cause confusion.

This was also the case in Croatia. Although the majority of Croatians don’t believe in conspiracy theories, many were confused. One study even showed that more people were scared of local 5G towers than they were of getting infected with COVID-19.

With that background, Croatian Telecom knew it had to combat these ‘viral lies’ with credible information. After launching the first 5G commercial network in the nation, Croatian Telecom turned to C3 Croatia for help in developing relevant, in-depth, omnichannel and multi-platform communication to increase awareness and combat misinformation. The aim was to assuage unfounded fears and help the target audience see the opportunities of 5G technology, both personally and professionally.

A communication strategy was built on three pillars: emphasising the values that 5G brings to society and the economy and addressing key concerns; providing concrete examples of how 5G can improve people’s quality of life and grow their businesses; and connecting scientists with citizens in order to disseminate easily understandable, scientifically-based information from credible sources.

The omnichannel 5G Unboxing communication platform was presented on:

During the campaign, it was never explicitly suggested to users to buy the Croatian Telecom 5G bundle. The native ads were clearly labelled with ‘Brought to you by Croatian Telecom’. The content had a disclaimer stating: 'At Croatian Telecom, we are committed to making new technologies available and expect them to function for the benefit of humanity! In a series of webisodes, articles and radio interviews we explore what kind of impact 5G technology will have on our everyday life.'

By every measure, the largest native advertising campaign to combat fake news in Croatia was a success.

The campaign’s content was seen more than 1.5 million times with an average attention time of nearly four minutes.

All in all, the total reach of the combined native and commercial campaign reached 3.1 million, an amazing number in a country of just 4.1 million residents.

The campaign successfully positioned Croatian Telecom as a leader in the burgeoning 5G network market. Forty-five percent of survey respondents said that Croatian Telecom has the nation’s best 5G network, more than twice the number who pointed to any other competitor.

But perhaps most importantly, the campaign made a serious dent in misinformation. The credible, scientific information presented in the campaign increased familiarity with the concept of 5G increased by 22 percent.

Fake news and conspiracy theories can easily influence public opinion. Even if people don’t fully believe what they hear, simply planting the seeds of doubt can be enough to affect the public discourse.

In an era in which, in the words of Winston Churchill, “a lie is halfway round the world before the truth has got its boots on”, credible information is more important than ever. When a brand or its products are directly impacted by conspiracies, it can choose to write them off as nonsense or, as Croatian Telecom and C3 did, take them on in a non-confrontational, effective and credible way. The success of the 5G Unboxing campaign demonstrates that native advertising, when done well, can help counter misinformation.

A well-designed campaign provides a better understanding of caregiving