This article is part of a series of interviews that NAI has conducted with brands all over the world who are focusing on content marketing and native advertising as part of their marketing strategy.

Please reach out if you want to add your brand to the series.

How does Cisco, the largest networking company in the world, work with content and social media? What are the dos and don'ts - and when do they use paid distribution?

We asked Joie Healy, Corporate Social Media Lead at Cisco when she was a speaker at Native Advertising DAYS 2017.

Jumping into a conversation

The way we work to stand out on social media at Cisco is creating a lot of really good content. It doesn't mean that it has to be a video all the time or something like that. But we have a couple of different writers on our team that can quickly turn stories around too. I think when it's timely and when the conversation is happening that's when you have to jump on it immediately.

We do something we call real-time news.

Three of us actually came from a journalism background and worked in news for a long time so it's easy for us to quickly turn around stories.

RELATED: You Have to Break Through the Noise - And This Is How You Do It

If we see something trending, we'll quickly turn around a story on maybe it's security, or maybe it's mobility, or cloud, or something like that in technology and then attach it to different stories that we've done in the past so that people can click around and have a different experience.

We're finding that that's working really well for us -- immediately sharing something that's relevant to a conversation that people are having on social. And then we get a lot of traction for it.

Often, the first time you push it out, you don't get as much traction as you thought.

I think the other thing that we do too is we really think about content that we might already have that's existing and use it again.

Often, the first time you push it out, you don't get as much traction as you thought. And then, later on, it might be a conversation that's trending and you can use that same piece of content again.

So we try to do that as well so that we can get the most out of what we're creating.

I think that sometimes you can talk yourself out of things and that's the worst thing to do.

Overthinking it is a mistake

I think that sometimes we tend to overthink things.

When something's timely, the way that we make it work is we have a quick conversation and we just go for it. It's interesting because if you wait too long, the conversation's over.

I think the hard part is really making sure that you have that buy-in from your, maybe it's your own leader or maybe just your team. As long as you guys are in agreement, then you just go for it.

I think that sometimes you can talk yourself out of things and that's the worst thing to do.

You might have a really great idea and then the more you talk about it and talk about it, all of a sudden you're like 'oh shoot maybe it's not so great'.

But I think that if you quickly push things out or right things quickly then it's definitely better. Rather than waiting and then you're not part of this conversation that's being had externally.

I'm always telling people to just identify the folks that want to do things like that on the team and let them do it.

I think one of the best tips to give for other B2B companies that might not have teams that are able to create quick content is to identify individuals that want to do it and allow them to do it. And then empower them to do it.

Maybe you have somebody on your team that likes to take pictures. Have them take a picture and you can do a quick post on social using that image.

Maybe there's somebody that actually likes to write and they're blogging. It doesn't have to be a long drawn-out piece. It can be a couple of paragraphs with embedded links that are going to be relevant to your company with a picture and then you can share that.

I'm always telling people to just identify the folks that want to do things like that on the team and let them do it. Because then they're happy, and you're happy because it's content, it's quick, it's easy, and you don't have to pay a ton of money for it. I think that that's one of the best things to do.

We make sure that if somebody's visiting the site, they're not just going to get a press release.

More than just a press release

At Cisco, my team manages our corporate social media handles, which means our main Cisco handles on Twitter, Facebook, LinkedIn, Snapchat, Instagram. And then we also manage our newsroom site.

We actually have a newsroom site where all of our press releases live and then my team creates a lot of stories that live on that same website.

We make sure that if somebody's visiting the site, they're not just going to get a press release, they'll get a really good video about maybe it's a networking academy or something that Cisco is doing. Or maybe it's around our new security messaging.

We do graphic novels and we have writers that are pitching to us. They used to be writing for bigger publications and so we call it our brand journalism program. They'll pitch us ideas and say hey you know cloud is really big right now in the security space, I think a story around you know this would be great.

As long as it's relevant to what Cisco is talking about, we'll allow them to write that story and we'll post it on our website as well.

Simplify the message, simplify the copy and then also always use an image.

If we produce a story that's going to live on our newsroom site, we'll take a look at it and figure how will it work on a social site.

Do's and don'ts when distributing on social... I would say sometimes you can get caught up in the message rather than what's going to attract your audience, meaning sometimes when you're writing Twitter copy or Linkedin copy, a lot of times we tend to put a bunch of jargon in there that really isn't going to catch anybody's eye.

So I would say simplify the message, simplify the copy and then also always use an image. I think sometimes we'll post something on a site and then add a link. But really, if I'm scrolling through my own feed, I'm stopping at things that are eye-catching to me.

A simple easy message that might have something that's really cool to look at along with it. I would say that's the most important thing. To make sure it's simple and that people are gonna stop and pause and want to click on that content.

Sometimes it's not worth a video.

Also, I would say don't force it just because it's something that's popular at the time. Perhaps GIFs are popular. Or video.

I think that a lot of times people, instead of figuring out what's the best way to present the copy, they're just trying to do it in a way because they think it's cool and oh we need a video. I can't tell you how many times I hear that.

RELATED: How Brands Can Succeed With Content on Social Media

Sometimes it's not worth a video. It's not visual. It's people just sitting like a talking head and you're trying to deliver a message or a key message around a topic that could be fun and interesting if you did it in a different way.

So don't force an idea just because you came up with it. As you go along, figure out is this the best way to present it or not. And you might find that maybe it's not.

The best way to figure out whether you should put paid behind something on social media is to really to take a look at the content and see how it's performing.

The best way to figure out whether you should put paid behind something on social media is to really to take a look at the content and see how it's performing.

I think the other way too is if you're building a bigger campaign that maybe is going to last longer. Maybe it's not just a one-time thing. That's the other time it would be a good idea to put money behind it.

Because if you're taking the time out to develop this bigger campaign then why not give it a shot to get a better chance at people sharing it or digesting it?

Joie Healy has been named one of "100 Significant Women in Native Advertising".
Download the ebook right here. 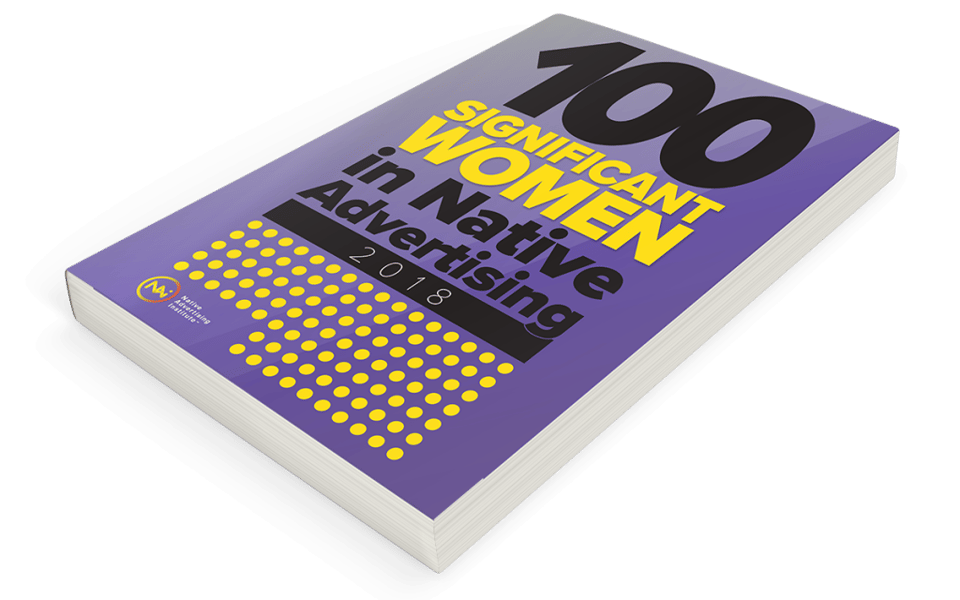 Previous story
← How Nordisk Film & VG Partnerstudio Won Gold for Best Use of Text
Next story
You Are Probably Investing in Digital Video, But Are You Doing it Well? →