The use of "three letter acronyms, fancy industry lingo and terminology that are sometimes used incorrectly" doesn't exactly make programmatic native accessible, as one expert puts it.

Put simply it's a way to promote and distribute content in a form that blends in seamlessly with the surroundings and the platform it appears on.

But in 2016 programmatic got it's breakthrough as the new “MediaRadar Trend Report” shows.

We asked Todd Krizelman, CEO & Co-Founder of MediaRadar, an advertising sales intelligence platform, to explain some of the findings.

Which factors lie behind the surge in programmatic native - and why now?

There are a plurality of factors behind the surge, but the major driver is consistent, good performance. Programmatic native is mostly evaluated on the same KPIs as display advertising. In a contest against leaderboards and many other standard IAB ad display units, programmatic native scores well with high click-rates. And because this is programmatic, it can scale. Secondary factors include strong financing for the companies behind native programmatic. This allows them to recruit great talent and pay for marketing.

Related: 15 Key Terms You Need To Know About Programmatic Native

Why is the penetration of programmatic native still so relatively low - and how will that change in 2017?

Big picture: native programmatic is very new. Not all the native exchanges are well known… yet. We see strong financing backing for most of the players pushing native programmatic. We expect, as they build their marketing and sales arms, there will be broader acceptance.

There is some market confusion about what native programmatic can offer.

What are the challenges for programmatic native today?

Challenges: measuring performance of programmatic native is still evolving. Although some have great systems in place, there is no definitive, standard set of metrics. This is a challenge for some sellers, and buyers. There is also some market confusion about what native programmatic can offer. Programmatic native advertising is quite different from the paid editorial that runs on sites like Forbes, Quartz, and The New York Times. But they are often called the same (“native”) which can create misunderstanding.

Is programmatic native more suitable for some brands or advertisers than others?

Generally, no. There is the opportunity for broad adoption of programmatic native. We do, however, see some industries adopt native faster than others. For example, media and entertainment is adopting the format much faster, and not surprisingly, we see fashion more slowly adopting native programmatic. 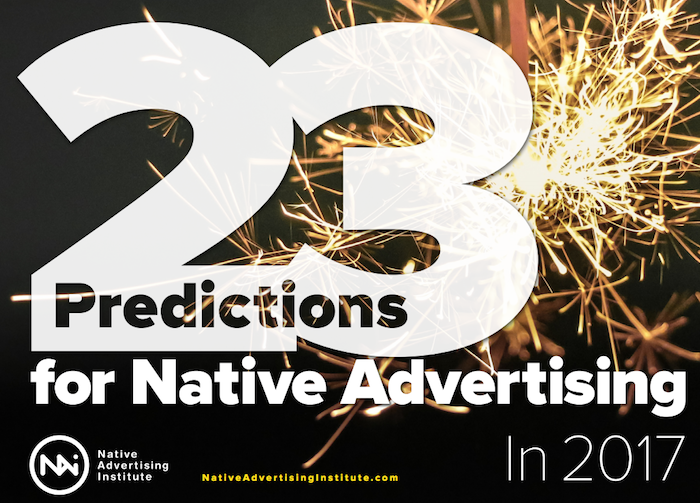