Cancer Treatment Centers of America partnered with CBS News Digital to tell real stories of people fighting cancer. The key to their KPIs was the balance of telling effective stories in both a native and a non-native way.

In the native video, the viewers meet Ingrid Nelson, a mother of four and a grandmother of five who was diagnosed with terminal cancer seven years ago.

CTCA looked to CBS News Digital to add more colour to the tactical video ads that it was running. CBS News Digital focused on the survivors’ personal challenges and victories through their cancer journeys.

In the native video, the viewers meet Ingrid Nelson, a mother of four and a grandmother of five who was diagnosed with terminal cancer seven years ago.

CBS News Digital chose to tell this story because of Ingrid’s unshakeable spirit in the face of her circumstances. “When you are face to face with your own mortality, there is that deep realisation how wonderful life is,” Ingrid says. “And that every day and every moment we have is a gift.”

CBS News Digital filmed on location with Ingrid as she met with doctors at CTCA Midwestern near Chicago and at her home in Virginia Beach, Virginia.

This transcendent story of courage in the face of cancer is summed up best in Ingrid’s own words: “While there is life there is always hope. Never give up on that."

The key to their KPIs was CBS News Digital's ability to create a video series that included both editorial and native videos.

The client's KPIs were more brand and creative-based than measurement based.

The key to their KPIs was CBS News Digital's ability to create a video series that included both editorial and native videos.

The native videos had the same look, feel and tenor as the editorial “Stories of Survivors” series but included Cancer Treatment Centers of America’s patients, facilities and doctors in the story.

Views were a part of the KPIs, but the main KPI was the balance of telling effective stories in both a native and non-native way. 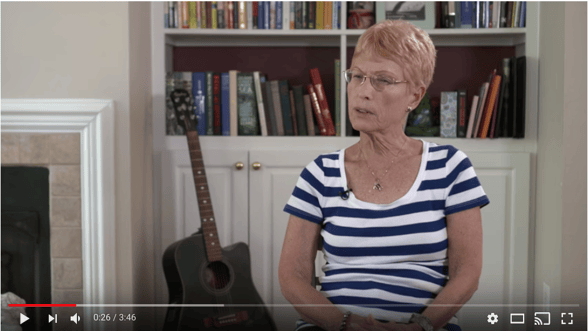 Simply put, the target audience was anyone affected by cancer in any way, from those living with the disease to caregivers and decision makers, with a special focus on those who seek a more personalised approach to caregiving at their cancer treatment facility.

RELATED: Content Creation and Distribution: Can't Have One Without the Other

Geo-targeted markets included much of the Midwest and Southern United States per Cancer Treatment Centers of America.

There are millions of Americans living with a history of cancer, each one has a story, many of which are inspiring tales of triumph.

Through the "Stories of Survivors" custom editorial sponsorship, CBS News Digital provided a platform for these narratives and for the Cancer Treatment Centers of America (CTCA) brand to align with this uplifting content. The program itself featured a combination of editorial and native content.

For the editorial content, CBS News Digital found eight cancer survivors and helped tell their stories through compelling videos and articles. In terms of the native content, CBS News worked hand-in-hand with CTCA to select two of their very own "Cancer Fighters" who best epitomised CTCA’s personalised approach to caregiving.

CBS News travelled to CTCA's facilities to produce two long-form native videos, one on each patient. These native videos were the focal point of this media partnership. 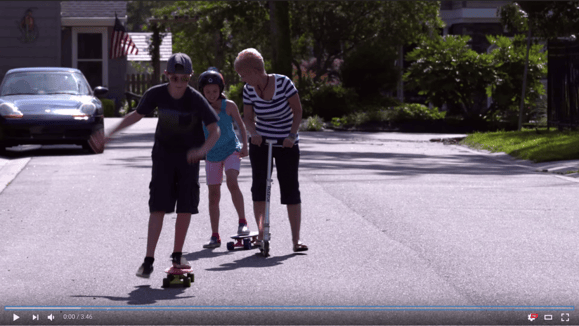 In addition to the native videos, these stories were supported by infographics that ran on CBS News Digital’s site and social channels.

Early conversations between CBS News Digital and CTCA focused on developing poignant, documentary-style videos that featured the courage and determination of those fighting and living with cancer.

In addition to the native videos, these stories were supported by infographics that ran on CBS News Digital’s site and social channels.

RELATED: How an Airline Used Infographics About Flying Habits to Engage Passengers

To create Ingrid Nelson’s video, CBS News Digital travelled to CTCA Midwestern to spend two days with her as she met her team of doctors; conducting interviews with both Ingrid and CTCA doctors.

CBS News Digital knew Ingrid adored her grandchildren and lived a very active lifestyle, so they also spent several days at her home in Virginia Beach.

The cameras captured Ingrid riding scooters with her grandchildren, sipping rum with her friends and exuding positivity in the face of her terminal illness. The final video was fully produced by CBS News Digital, incorporating notes from CTCA.

CBS News Digital also distributed these native videos to Cancer Treatment Centers of America for distribution across their branded channels.

RELATED: We Need to Look Beyond Clicks: Measuring Engagement and Cost Per Engagement

It generated 144k clicks and a tonne of engagement.