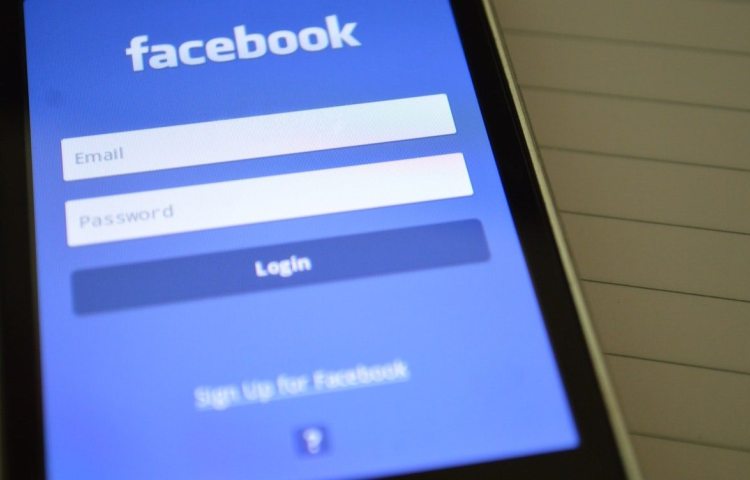 Facebook is arguably the biggest social media network on the internet with an audience that numbers in billions. The company behind it has the ability to shift the way we experience content and it is the ability they exercise frequently.

Recently, Facebook’s algorithm has gone through major changes in terms of content placement, brand visibility and paid ad showcasing. Understandably, this has raised concerns with brands both small and large when it comes to creating their content and engaging the end-users.

It is becoming increasingly difficult to create engaging content on Facebook with so many changes happening all at once. With that in mind, let’s take a look at several key factors which can help you determine the best course of action in terms of branded content on Facebook.

Seeing that Facebook is so popular, it’s only natural that businesses would open their own pages on the platform. Amanda Sparks, in-house marketing specialist at Essay Supply explains: “The more businesses offer the same type of products or services, the more people will become saturated with it up to a point of disregarding the product or service completely.”

Recent data shows that over 80 million business pages operate actively on Facebook. This is a staggering number which showcases the saturation of casual users with brands on the platform.

With so many pages and content outlets to choose from, users have naturally grown accustomed to high-quality content. This means that it is becoming harder and harder by the day to appease the general audience with branded content. Users have high expectations both from the visual standpoint and the creative message they can or can’t identify with.

The worst culprit of low engagement numbers on Facebook is the ever-changing algorithm behind it all. The Facebook Company is doing its best to cater to all facets of their user base, including businesses and general users. However, there is only so much that can be done (and made public accordingly) in order to provide the same level of curation and care to all aspects of the user base. 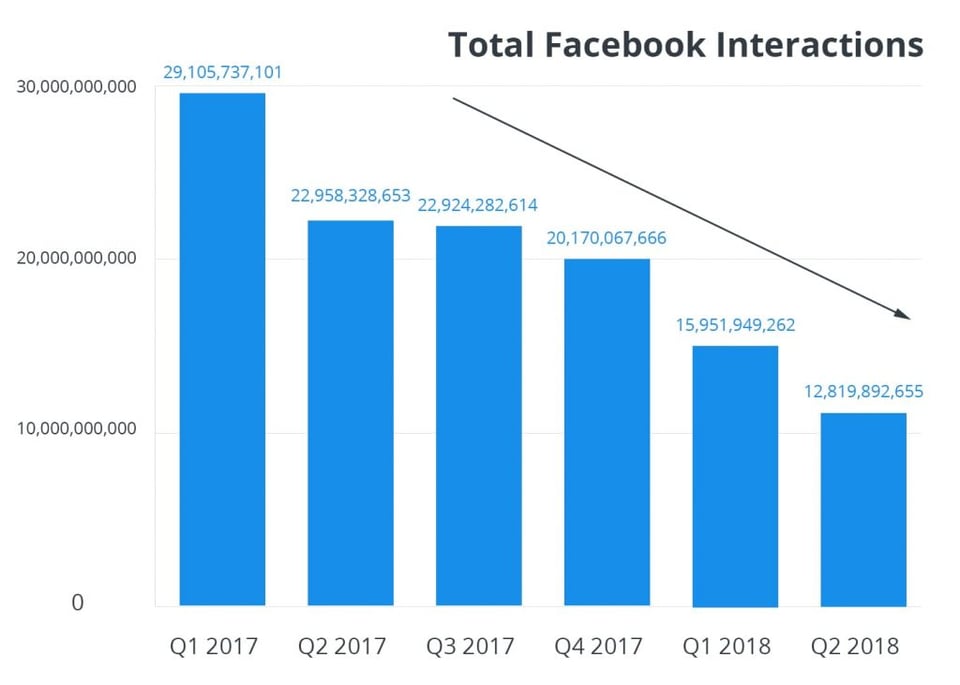 While it may seem like a “get-out-of-jail-free” card in online advertisement, Facebook ads make sense in this case. Facebook has a very well developed system for brands and individuals to promote their content in a variety of ways. Depending on your budget and campaign targets, you can put less or more money into the process. Adding some targeting data as well as geographic goals and time constraints to Facebook will help get you started.

Once that is done, Facebook will automatically “Sponsor” (as seen below) your content to potential customers. The posts you submit will be displayed in even intervals according to the filters you submitted as well as the budgetary capabilities you allowed Facebook to work with. This is the best, sure-fire way to increase your brand’s content engagement and fit into Facebook as a part of its native advertisement efforts. 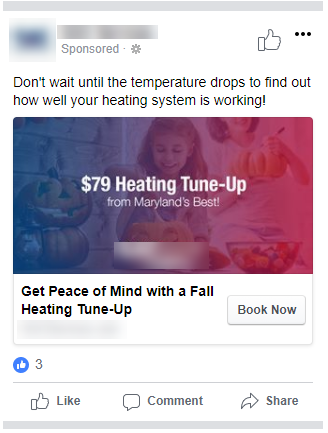 As we’ve mentioned before, users are used to seeing quality, curated content on their feeds. In that vein, it’s a good idea to set some content standards for your branded content, especially if you plan on posting consistently. According to statistics, 42% of marketers claim that Facebook is critical to their brand’s success. This is a large number of potential competitors which you should be ready to outsmart in terms of content standards.

Brian Weller, head of the content department at Resumes Centre states: “Brand standards are the baseline of digital marketing in today’s online climate. Companies that want to stand out have to provide professional, well-thought-out content to their followers, especially on social media.”

Things such as fonts, color palettes, image size, hashtags, and similar elements should be set in stone. That way, you will teach the users who see your content to immediately identify it with your brand and become increasingly curious about what it’s all about. 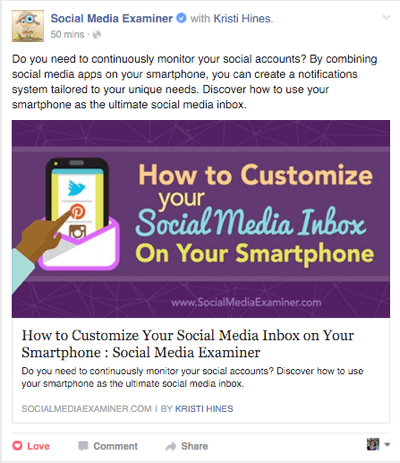 Facebook is fully integrated with Instagram, seeing that two platforms operate under the same umbrella. This means that it is very easy to cross between the two with your content in order to spark engagement with your content.

In order to do this through Facebook, make sure to set aside several hashtags which will represent your brand. Add to these several popular tags and you will show up on news feeds more frequently due to the cross-platform nature of your content

With so many social media users on mobile, it goes without saying that your branded content should appease their requirements. Short-form content, bold lettering, and easy-to-understand visual elements are a necessary addition. It’s also a good idea to limit your content types to static images since people don’t like to watch videos on Facebook as much as companies think.

While you should definitely pay more attention to the quality and branding of your content, the same cannot be said about diversity. More than half of Facebook’s users speak languages other than English, which means that translation and localization also play a part in engagement rates. It also means that less content with higher quality margins and languages on offer have a higher chance of engagement than strictly English Content. Raising engagement is all about sending the right message through whatever medium your brand speaks through the loudest.

Typically, this can be done through images, infographics and other static imagery coupled with relevant written messages. Just because you offer videos on top of images on top of surveys doesn’t mean that people will be more inclined to engage your content. If you don’t know how to go about curating or trimming your content for better engagement, platforms such as Flash Essay, Grammarly and Online Writers Rating can be of assistance 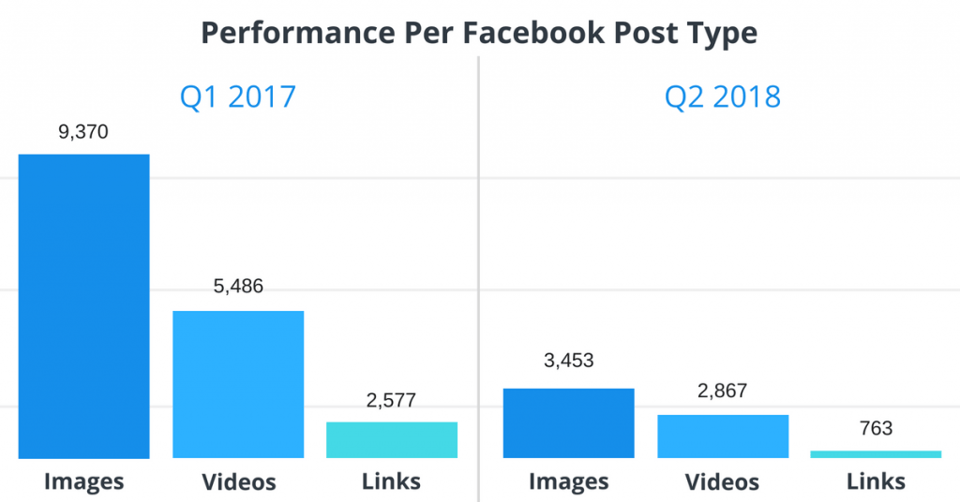 One of the best ways to make sure that people know about your brand on Facebook is to post content on strict daily intervals. Recent data has illustrated that posting five times a day has the optimal effect on engagement, even in the current Facebook climate.

Even if you opt for a paid advertisement (as we’ve mentioned before), consistent posts can make your brand stand out from the crowd. However, this would mean more money spent on advertisement, but also higher engagement rates as a direct result. Weighing the pros and cons of paid native advertisement on Facebook is debatable and depends solely on individual brands, their current market standing, and long-term goals.

This raises the concern of spam, however, as well as the question of producing so many content pieces in succession. Hiring third-party content creators or outsourcing your content production may be a necessity if you want to keep up the pace with the needs of the market.

Lastly, calls to action matter more than you think. Some marketing experts and social media managers would argue that content without CTA doesn’t have a fighting chance in terms of engagement. Calls to action can be implemented in numerous ways, including written messages, copywriting and specialized buttons for users to engage with.

According to data, 93% of marketers use Facebook frequently, with 70% of them based outside the US. Fighting for engagement in an international market filled with high-quality content providers means that you should leave no proverbial stone unturned. If you want people to connect with your branded content on Facebook, make sure to invite them to do so.

What most brands fail to understand is that Facebook engagements (and social media interaction in general) rely on two-way communication. Just because you created a piece of content and posted it online doesn’t mean that people will engage with it. Even paid native ads won’t bring you engagement if you create them mechanically without leaning on the “social” in social media.

Make sure to answer comments, engage people in discussion and invite people to share their thoughts and opinions. That way, you will take an active part in building a community around your brand and substantially increase your engagement rates across the board, despite Facebook’s ever-changing algorithm. 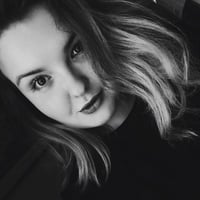 Jessica Fender is a professional writer, independent blogger, and chief content officer at OnlineWritersRating.com. She is passionate about wise team management and self-development as a leader. Featured on Forbes and The Online Advertising Guide.