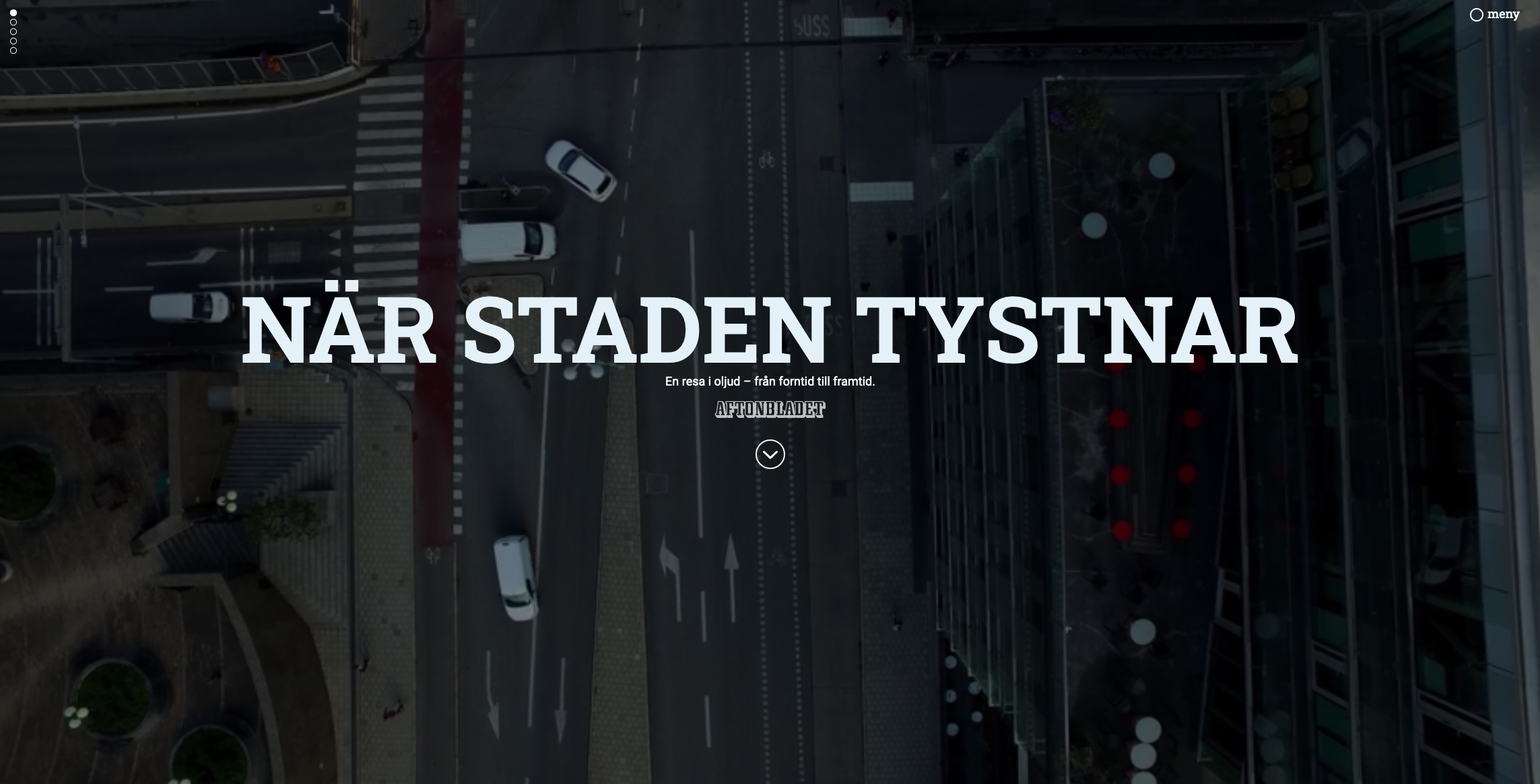 By Native Advertising Institute
May 19, 2021

The car industry is facing major challenges, among them brand loyalty. As brands become more and more generic, loyalty declines and customers focus solely on price. This was certainly the experience of Renault, who had witnessed a steady decline in brand loyalty in the Swedish market.

With the launch of its compact, electric car, Zoë, Renault wanted to shift its approach away from the product and price, to the car’s quieter driving experience. How could a campaign achieve this in a way that was relevant to the local market?

High blood pressure, heart attack, insomnia and stress. Four diagnoses associated with diet or exercise, right? But what if there was another - noisy - cause?

Reports from the Swedish Public Health Agency show that 8% of the country’s population are disturbed by traffic noise. According to the figures, two million Swedes are exposed to traffic noise during the day at the facade of the house and 340,000 Swedes say that they sleep poorly due to traffic noise.

In partnership with Renault, Swedish agency Schibsted Brand Studio examined the statistics and reports. And realised, after extensive research, that electric vehicles could help create a healthier future by creating a quieter one. They decided that telling a story about “The City of Silence” would be the cornerstone to the concept.

Schibsted collaborated with Aftonbladets, Sweden’s largest daily newspaper, to create a unique native storytelling format. It consisted of four chapters within the “The City of Silence” theme. Each had a clear, longread look and feel that worked seamlessly across mobile, tablet and desktop. But an innovative twist was added to the classic use of text.

The first chapter presented the reader with the dangers of noise pollution and its consequences, employing the use of infographic elements. The second was an audio timeline, created by an award winning sound designer. It depicted the sounds of Stockholm’s main thoroughfare from 830 through to 2040. The third chapter, a video combined with text and photography, was an experiment on a man being exposed to different noises in order to deduce the effects sounds have on our bodies. The final chapter focussed more on Zoë and Renault, using classical storytelling, to answer the question why cars cannot be completely silent.

Schibsted distributed the campaign on two major platforms, Aftonbladet and Svenska Dagbladet, to maximise its effect and achieve the best possible reach and engagement.

It chose Aftonbladet because of its position as Sweden’s primary news source, with a reach of 3.5 million unique visitors every day. This gave the campaign an enormous reach for several of the content outtakes.

Schibsted also selected the respected morning paper, Svenska Dagbladet, because it is seen as a trustworthy news site. It has a high affinity with decision makers in both politics and business, as well as urban and well educated readers.

The campaign succeeded in reaching more than 600,000 Swedes in total. And on Aftonbladet and Svenska Dagbladet, the native storytelling format reached 132,000 people.

The effects of the native campaign were striking with awareness, consideration, preference and action measures surpassing all benchmarks. Here’s the results of Brand Metrics’ brand elevation measurements:

Renault took a creative leap away from traditional communication around electric cars. It decided instead to tell a story about the hidden public health threat of noise pollution. With the power of storytelling, it could create content adapted especially for the Swedish market.