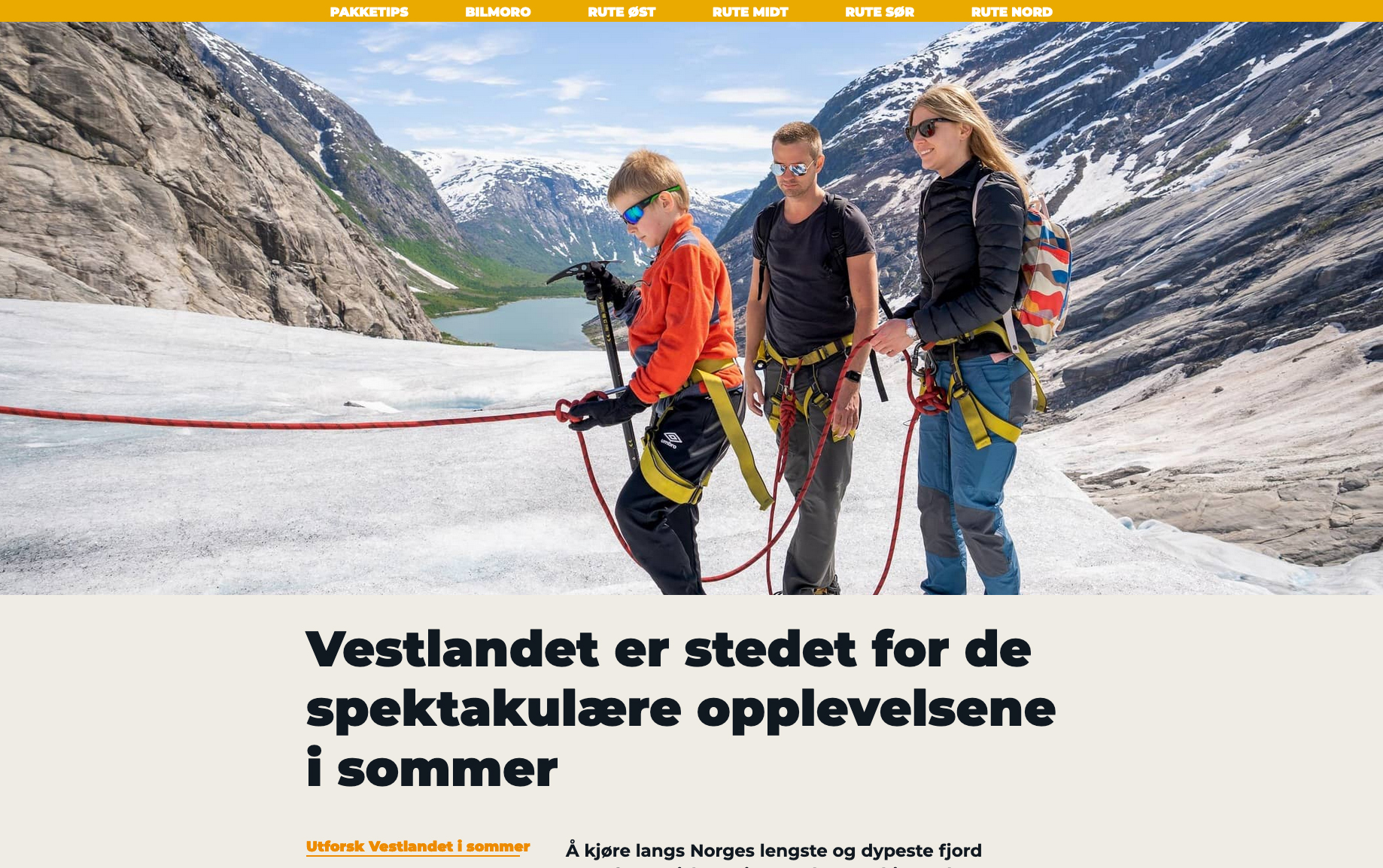 When COVID-19 forced families to swap out international flights for domestic road trips, a targeted campaign helped them get the most out of Norway’s natural beauty and to even find the beauty in well-stocked and clean gas stations.

In the summer of 2020, the coronavirus forced many of us to scrap planned holidays abroad and instead look for ways to find adventure closer to home. In Norway, families were ready to explore their beautiful country by car. But where should they go, and what should they do along the way?

The full-service gas station Circle K knew that with more Norwegians driving across the country than normal, the pandemic summer presented a perfect opportunity to both attract new customers and help families plan their road trips. Along with Schibsted Partnerstudio, Circle K devised a content marketing campaign to highlight Norway’s many road trip possibilities while branding itself as a family-friendly destination.

The campaign consisted of seven articles following the travels of real families in different parts of the country. Each family was road tripping with at least one child and the largest family had seven – yes, seven! – kids along for the ride. Each article included videos and photos of the family, a map of their journey and recommendations for what to see and do in the area.

Circle K played a central role in the content, with its location presented as a natural – and enjoyable – stop along the route. Real Circle K employees shared their best local tips and a video highlighted the top three amenities of each Circle K station, giving the brand the perfect opportunity to showcase its healthy foods, clean and spacious interiors, and cosy outdoor dining areas.

The articles were published on VG.no, Norway’s largest editorial newspaper, over a span of 12 days in July. By presenting the content as a series, the campaign helped the audience engage with Circle K-branded content for a longer period and to find tips that were truly relevant to them. This helped elevate the Circle K brand and position it as a family-friendly destination rather than just a quick pit stop along the way. And the use of real families made it easier to produce credible and relatable content.

Circle K’s series of travel articles were published in the best ad placement on the front page of VG.no. VG is a very strong media brand and has the largest readership of all Norwegian newspapers. Its 1.9 million readers represent over one-third of the country’s overall population of 5.4 million.

In addition to the digital campaign, one of the articles was also published in VG’s print edition and was a featured advertorial in ‘A-Magasinet’, a weekly supplement in another prominent newspaper, Aftenposten. The theme of that week’s supplement was Norway’s hidden and not-so-hidden gems, making the sponsored article a seamless fit with the other travel-focused content.

Circle K and Schibsted Partnerstudio entered the campaign with some very clear KPIs in mind. They wanted to make Norwegian travellers more aware of Circle K in general and to get them to see its stations as family-friendly stops along any trip. Part of that latter goal included highlighting the varied and healthy food options offered at Circle K and the spacious and clean sitting areas and restrooms. From a business perspective, Circle K also wanted to expand its customer base and increase sales. In short, they went into the campaign knowing exactly what they were trying to achieve. And to make sure those goals were met, they used a control/exposed test after the campaign so that they could accurately measure the campaign’s success.

During a summer with more families on the road than normal, there was also increased competition among travel brands. Circle K was able to stand out from the pack with its targeted focus and a campaign that used real Norwegian families to make genuine, personal connections with travellers across the country.