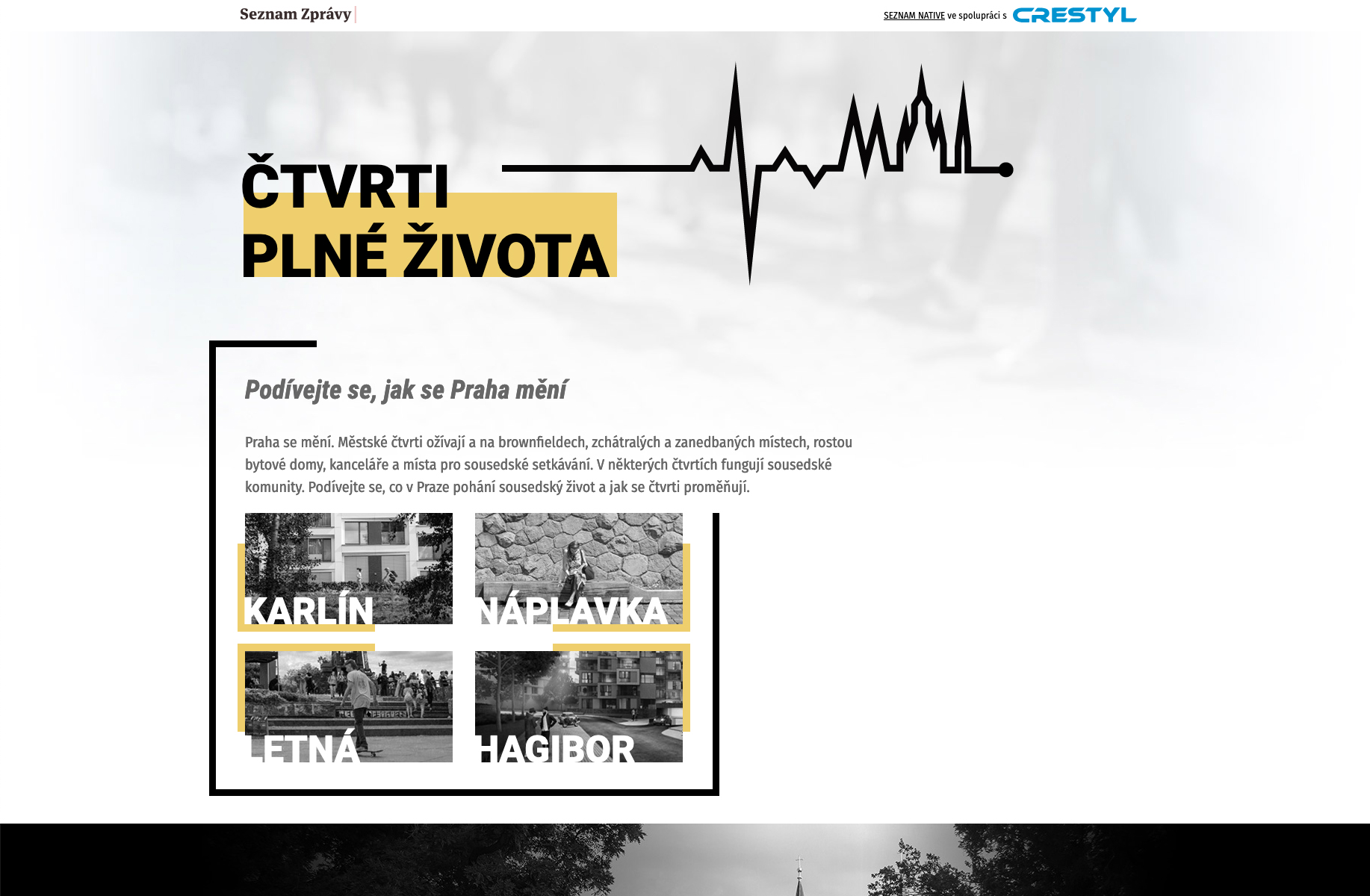 We’ve conducted a collection of case studies featuring award-winning native advertising examples. This blog post features The Best Use of Native Advertising on a Small Budget.

Crestyl develops and builds apartment houses in the brownfields of the Czech capital Prague. It had already completed the apartment houses DOCK at a lucrative address. This time, however, it wanted to lure people a bit further away from the city centre.

Crestyl needed to get people interested in living in the borough of Hagibor. But here’s the rub: the area was not so familiar even to the natives of Prague and it was hardly the most attractive city location. How could it introduce the public to the Hagibor project and entice potential buyers?

Seznam Brand Studio came up with a creative concept rooted in Crestyl’s own philosophy: they don’t just build houses, they build “living neighbourhoods”. Its strategy was to introduce the public to the idea that Hagibor was a Prague quarter awaiting a great transformation. Just as other attractive quarters had changed over the years, Hagibor was about to follow in their pulsating footsteps.

To convince the public, Seznam decided to give an intimate view of Prague’s different quarters. It talked to residents who live in the different neighbourhoods and who are important parts of the local communities. It interviewed the organisers of a farmers’ market and told the story of a popular neighbourhood bar.

The studio also talked with architects and urbanists about what needed improving to make Prague an even more pleasant place to live and how the transformation of cities actually happens. Last but not least, it described the area of Hagibor and the residential projects planned for this developing city quarter.

To explain why Hagibor was a good choice, Seznam conveyed its idea in a native format - an article enriched with graphics. The studio used the gradual colouring of photographs to invoke the idea of life returning to the quarters. It also used pulsating lines and other animation elements distributed on the website to further emphasize the “living” aspect.

The content was published on Seznam Zprávy, the most trustworthy news website in the Czech Republic after the state media. It was chosen because the readers’ expectations match the intention of the studio’s work: to inform, to go deeper, to do proper journalism.

The content was also shared on Seznam’s own websites. For its month-long promotion, the studio created several classical article teasers with different headlines, descriptions and images.

The article was also shared on the Seznam Zprávy Facebook profile.

The article succeeded in doubling its target number of readers. It:

Click-throughs from the article became the main source of visitor traffic on Crestyl’s website for the month of August in 2019. This increased number of visits was matched with a 100% increase in the number of inquiries in the same month.

Crestyl estimates that leads from the campaign accounted for 20% of its total sales.

Despite its small budget, Seznam was determined to create content captivating enough to not just raise awareness about Hagibor but actually get people interested in living there. How did it do this?