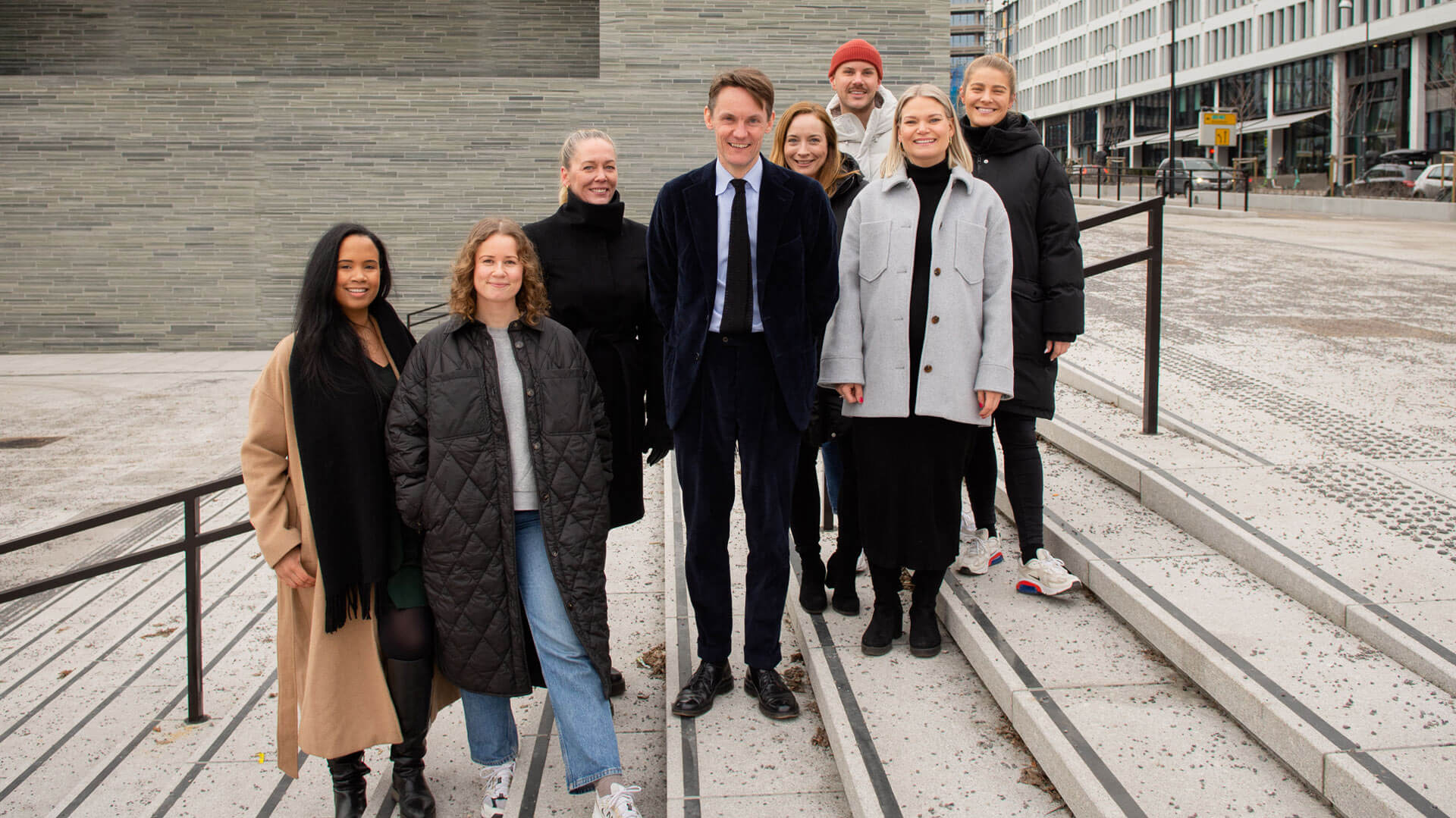 Through our annual Native Advertising AWARDS, the Institute sees a lot of inspiring work. But some campaigns really stick out and require a deeper dive. That's why we just had to speak to the creatives behind an innovative campaign from Norway's National Museum of Art.

The Native Advertising Institute spoke with the team behind the double award-winning Art is Coming Home (Kunsten kommer hjem) campaign.

Eirik Kydland, Director of Communications at the National Museum of Art, shared the origins and impact of the campaign. Markus Eckbo Endresen, a partner and consultant at the Oslo-based bureau Trigger, told us about its emotional impact while Monika Sveen and Marie Kallum of the agency Amedia Innholdsbyrå talked about the unique role of local newspapers and other takeaway learnings.

NAI: How did the campaign come about? Whose idea was it to take the art on the road?

Eirik Kydland: "The idea came about when the opening of the new National Museum had to be postponed from 2021 to 2022 due to delays in the building project. This meant that the collection would be unavailable to the public, so the National Museum decided to send key works from the collection – at least one for every district in Norway – to places where the work or artists had some local connection. The museum’s programme also included a long-planned nationwide tour of one of Norway’s most-beloved paintings: Tidemand and Gude’s “Bridal Procession on the Hardangerfjord”, and a series of exhibitions in collaboration with other exhibition venues. All of this meant that the public could experience well-known artworks while the new museum was being finished.

"Trigger developed the marketing campaign for the programme in collaboration with the National Museum, and Amedia Innholdsbyrå created a series of native advertising articles to promote the local exhibitions and tour."

Read more: How a national museum brought art to the people

NAI: Placing native articles in local newspapers was a big part of the campaign's success. Why did you choose that strategy?

Monika Sveen: "The Art is Coming Home campaign was set to bring the art back to the Norwegian people - from major cities to the smallest of our local towns. In order to reach out to the people living in these local communities and gain attention for the upcoming art tour, we needed to place native ads and stories in a media highly consumed by people in these areas. And that is the local newspapers.

"Norway actually has more newspapers in relation to its population than any other country in the world, and most municipalities have at least one local newspaper. The coverage of local newspapers throughout the country is a key factor to secure our democracy both locally and nationwide.

"Amedia’s local newspapers are also the top-scoring media channel when it comes to trust and having trustworthy commercial content.

"In order to make art available to the people - you need to be visible in the communities where people are living. This made The National Museum and Amedia’s local newspapers a perfect match."

NAI: Taking Bridal Procession on the Hardanger to Halden Prison and the Hå Refugee Centre almost feels like a political statement. Why choose a prison and a refugee centre?

Eirik Kydland: "The basic idea was that the painting should be displayed in places where such artwork is normally not exhibited. The National Museum also wanted the locations and the audience to reflect all sections of Norwegian society. So, a prison and a refugee centre were obvious institutions to visit alongside a primary school, a church, a nursing home and many other places."

NAI: Your award submission said that "each exhibition became a story". Was there one particular story that stuck out to you as being the most interesting or the most touching?

Markus Eckbo Endresen: "There are so many great stories to choose from! The encounters at Halden prison and the refugee centre were especially meaningful. But if I have to pick one favourite it must be when we visited a woman named Elsa Pettersen. We saw her comment on Facebook asking the museum if we would come to her part of the country. Unfortunately, that wasn't the plan so we invited her to the opening of the museum in Oslo instead. But when she replied that her health would prevent her from travelling, the museum decided to make a special trip to her house with the Bridal procession just for her. She lives in a rather remote place so you can imagine her surprise when the museum director herself rang her doorbell with the painting waiting outside."

NAI: Nasjonalmuseet is set to open in June. How do you think the 'Kunsten kommer hjem' campaign will affect the opening? Is there any concern that it may have somewhat stolen from the excitement of the opening?

Eirik Kydland: "On the contrary. The National Museum is certain that the campaign has built up extra interest and engagement. The National Museum defined the 2021 'Kunsten kommer hjem' campaign as an integral part of its overall campaign for the opening of the new museum. One of the key objectives has been to communicate that the National Museum belongs to the whole of Norway and that everyone can find something in the art collection that they can relate to."

NAI: Did you and your team learn anything new from this particular campaign? Did anything surprise you?

Marie Kallum: "What surprised us was the difference and nuances in interest and knowledge of art in the different regions and local communities in Norway. When optimizing the native teasers on our local newspaper front pages, we had to adapt our communication based on the local communities we were reaching out to.

"We also tailored our distribution strategy to the geography of Norway. We discovered that in some regions, driving up to two hours for an event is a part of everyday life, whereas in highly populated areas, people are less likely to travel long distances to attend an exhibition. That influenced which local newspapers we placed the native ads in.

"All in all, the attention to detail, planning and collaboration between Amedia Innholdsbyrå, Trigger and the National Museum, were key factors to the campaign’s success."

NAI: The campaign won Best Series of Sponsored Articles and Best Brand at this year's Native Advertising Awards. What lessons or inspirations do you think it can provide to other native advertising professionals?

Maria Kullum: "The lesson we would like to pass forward to other native advertising professionals is that it is possible to make something as niche as art interesting and relevant to a country’s entire population.

"A greater understanding of what role native will play in the communication mix is also essential to make the most out of native advertising as a media channel. In the Art is Coming Home campaign, native advertising played a key role in ensuring the information about the local events reached the audience on specific dates, in a local wrapping, leaving room for people to plan their visits to the local exhibition. It also provided some new information about how the art or artist is linked to their community, which probably not all people knew."

NAI: Was the museum satisfied with the campaign?
Eirik Kydland: "The 'Kunsten kommer hjem' programme and the marketing campaign were hugely successful in creating local and national engagement for the National Museum and the collection. One of the goals of the National Museum is to make art accessible to everyone. The number of views that resulted from the digital part of the campaign with videos, articles and social media posts, the local media coverage, and not least the many appreciative comments we received from local audiences and collaborators suggest that the campaign took us many steps closer to achieving that goal.”

Previous story
← How a national museum brought art to the people
Next story
Want to activate young users and drive engagement? Here's how a fast food giant did it. →

Why brand uplift should be a key native advertising metric