Today’s technologies have given us an unprecedented ability to capture, store, exchange, and analyse information. In this article, we will explore how the Internet of Things (IoT), augmented and virtual reality (AR/VR), and Artificial Intelligence (AI) will combine to permanently change the native advertising landscape.

"There was five exabytes of information created between the dawn of civilisation through 2003, but that much information is now created every 2 days, and the pace is increasing. People aren't ready for the technology revolution that's going to happen to them," said Eric Schmidt, Former Google CEO.

As comprehensive as the human imagination may seem, people generally fail to grasp how inadequate it can be with regards to our future. If you could have a minimally invasive surgery that would pair a nanochip containing artificial intelligence to your brain, would you do it? The full knowledge of the internet available to you at the speed of thought. Now what if that ability came with commercials? What would a native ad look like if it originated in your mind?

The first technological advancement that promises to influence our future is not a thing, it's a location. The landscape of Santander, Spain is unique to the world. It can be more aptly described as a "smartscape" with over 12,000 interconnected sensors that lie within its foundation, Governing.com writes.

Current project parameters test variables that apply to civic administration. Irrigation patterns are based on the soil's moisture, energy is redistributed based on real-time need, and pedestrian and street traffic patterns are analysed. 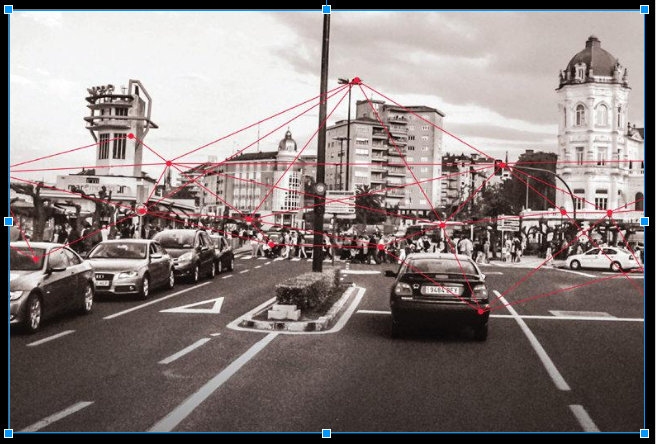 Santander Mayor Iñigo de la Serna hopes to create a "new, cooperative relationship between the people and the city government.” In order to do so, city officials have planted QR codes in areas of interest so as to engage the population in an augmented reality. This opens the path to have prominent landmarks, tourist attractions, and even entire cities sponsored by brands. London, Seoul, Stockholm, Singapore and Rio de Janeiro are all actively integrating sensors into their cityscape.

Native will reach highly customised formats, tailored to individuals based on their most personal preferences and real-time actions

How much would it be worth to a brand to place an informational video at the top of the Empire State building? In the near future, native ads will not be looked at as traditional advertisements may have been in the past, as some sort of annoyance. Instead, they will be viewed as digital companions giving us history lessons, reminding us of what we need from the grocery store, what gift to buy our loved one, what type of medicine will be most effective given our symptoms and more. Native will reach highly customised formats, tailored to individuals based on their most personal preferences and real-time actions. They will be "native" to our lives.

By now the story of the young lady that was sent coupons for pre-natal accessories based on her shopping patterns is well known and reported. The coupons, sent by Target, tipped off the woman's father that his daughter was pregnant, causing him to fly into an in-store moral frenzy. He thought Target was encouraging his teenage daughter to get pregnant. Soon he learned that Target's data mining software had simply uncovered his daughter's impending motherhood before he had.

Related: Native Advertising will move off the screen

We are moving toward a time where the connected mobile device will become the digital journal of our lives. All of our most personal data will become increasingly public and logged for businesses to mine. These preferences will be factored when media outlets choose which ads to show us. Over the past decade, the proliferation of such devices has been incredible and the spread of connected mobile devices will continue to grow exponentially.

Mobile is more than a smartphone

Cisco reveals that the total number of connected mobile devices will be approximately 12 billion by 2020.

The same Cisco white paper reveals three very important global milestones that will be met in the next five years.

Our digital mobile capacity, reach, and formats are experiencing a paradigm shift. Most notably, the global per capita number of mobile-connected devices will be 1.5 and a full 75% of digital traffic will be video by 2020. We already see the popularity of video-based mediums growing. Snapchat recently surpassed Twitter in their volume of daily active users (Bloomberg).

Related: The Future of Mobile Advertising in Native

Imagine walking around your city with Google glasses, or better yet, digital contact lenses. The people surrounding you on the sidewalk now have logos floating around their heads. The supermodel on the corner displays a glowing Prada insignia and the handsome man next to her has a neon-lit Gold's Gym coupon on his shirt sleeve. The building behind them flashes colourful exhibits of their best-selling products that cater specifically to the needs you have in your under-furnished apartment. Is this native advertising? It is definitely an augmentation of reality.

If this sounds too far-fetched, let me remind you of Pokémon Go. Forbes highlights this augmented reality application's success, reporting that at the app's peak, it generated $10 million in ad revenue each day! The advertising industry can't ignore the potential of VR/AR.

Juniper Research forecasts spend on VR hardware will surpass $50 billion by 2021, and reports from the International Data Corporation suggest VR devices will ship up to 61 million units by 2020. The time is now for marketing and advertising professionals to integrate their products and messages into a format that will fit into the newest mediums of communication. Jon Haber, co-founder of Giant Spoon, told Marketing Dive, “Studies are already showing that VR around cause-related content is able to elicit more empathy in viewers. This is critical for marketing today because brands are leaning into genuine emotion in their content.”

The reason for this is aptly provided by the Native Advertising Institute's 2017 predictions, VR/AR technologies are "incredible opportunities to give consumers an experience, and not just content to consume."

Related: How to Decide When Virtual Reality is Right for Native Ads

According to Business Insider, Pokémon Go players have collectively walked 4.6 billion kilometers while using the app. That is like walking from Earth to Neptune. NASA's Voyager 2 covered that distance in 12 years, Pokémon Go players did it in a few months. Now imagine if that distance had been walked in an environment like Santander wearing hardware like Google glass. The advertising potential is staggering.

Advertising via new tech isn't relegated to the streets. Amazon Echo, the company's AI "helper", has already made its way into consumers’ homes. Amazon is poised to sell 41.3 million of the AI based units by 2020 and brands like GE and P&G are already lining up to create algorithms that promote their products above others in the "search menu" (Adweek).

How Artificial Intelligence will impact advertising

We have established the potential ubiquity of futuristic hardware. Now let's explore the software that will be leveraged in translating that mass of collected information into knowledge.

A specific branch of artificial intelligence (AI) called natural language processing has already had a disruptive effect in some of society's most important endeavours. Also referred to as cognitive computing systems, supercomputers like IBM’s Watson may be best known for winning game shows. Soon, however, Jeopardy will seem trivial.

"AI is going to be like electricity or the internet—it's going to be foundational technology [for] which most things are built," Kyle Nel, Lowe's Innovation Labs, Adweek

These natural language processing systems “will ultimately be able to interpret images, numbers, voices, and sensory information. [They] will participate in dialogue with human beings aimed at navigating vast quantities of information to solve extremely complicated yet common problems,” as Steve Hamm and John E. Kelly from IBM writes in their new book Smart Machines. Cognitive computing will become the perfect complement to human cognition (find out more in this excellent YouTube video).

Commercial AI remains in its infancy. Tractica reports that global revenue from AI will skyrocket from $643.7 million in 2016 to $36.8 billion by 2025.

Traditional groupings used by advertisers that are based on age, geography, or other demographic information will become an obsolete methodology. The word niche doesn't do the future justice. The most applicable term might be micro-customisation. Two people standing next to each other on the subway staring at the same space will see different ads. Ads which are personalised based on their ideologies, sexual preferences, religiosity, and what they had for breakfast.

When Netflix or Amazon make "suggestions" for your shopping or viewing pleasure, they take into account a wide variety of data which is algorithmically married to your behaviour. Now imagine a much larger data set. Something that puts today's use of the term Big Data to shame. I'm speaking of the biggest data, your life's narrative converted into bits and bytes. AI will be a culmination of every important thought and action we have ever had since our birth. How would audience "targeting" be conducted if that sort of data was available?

Related: Netflix is Doing Great Native Advertising - Here's What you Can Learn

Stephen Gold, VP of IBM's Watson group told Adweek, "We can generate a psycholinguistic profile of an individual in literally milliseconds." The sheer volume of data in this case is astounding however the type of data may surprise you. Emotion, tone, sentiment and language are weighed against purchase history, social media statistics and what websites you've visited.

As artificial intelligence moves further out of the realm of science fiction and into the forefront of society, we will see a virtual-self emerge. Advertising will be catered to our avatars.

Technology presents a seminal opportunity - will you take it?

Human interaction with technology is taking on an entirely new structure. Biometric data processing will increase our life spans. Transhuman extensions will facilitate all of our interactions with whatever digital or physical space we constitute as "reality". AI will not seem so artificial because it will be tightly interwoven into our very existence.

Ultimately, I am optimistic and excited, but I hope that this article conveyed a sense of urgency. We stand at the precipice of pioneering innovations. Too often we acclimate to change after it occurs. Professionals in the fields of Marketing and Advertising are privy to a seminal opportunity. In this ever-changing technological climate, it is not sufficient to stand idle.

We have an integral role to play in shaping this industry's future. The way in which we adopt new innovations and forward our imaginative thoughts will have ripple effects for generations to come. When people look back on 2017, how will we be remembered? 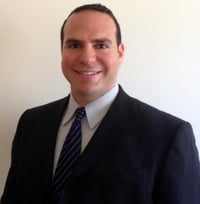