A Fresh Content Strategy Could Change the Political Advertising Game

The race for the 2020 presidential election is already underway in the U.S., as Democrats search for a frontrunner to take on Donald Trump in his run for re-election. As debates fill the TV programming schedule, so will the dreaded advertising campaigns. And again we the American people ask: will the bulk of political advertising dollars still be relegated to television? Will we have to suffer through another year of endless thinly-veiled smear campaigns during the evening news hour?

According to Mediapost, political media campaigns will spend a record $6 billion on advertising in 2020, a 37.9% increase over the last Presidential campaign year in 2016.

But while digital media spend will double to an estimated $1.2 billion in 2020, broadcast TV is still projected to hold the title of a dominant medium, with a 53.3% share of total political media spend.

Meanwhile, the rest of the industry: In February 2019 eMarketer released its forecast that digital ad spending in the US would grow 19% to $129.34 billion this year. At 54%, it comprised more than half of total U.S. ad spending – eclipsing television ads. By 2023, digital will surpass two-thirds of total media spending.

Political advertising spending is increasing, but strategies need to keep up faster if they want to reach more voters: Only 55.5% of the voting-age population voted in the 2016 U.S. presidential election.

Take a cue from Thomas Paine – arguably the “O.G.” political content marketer. When the United States was a struggling, wannabe-nation, political activist Thomas Paine wrote the now-famous Common Sense pamphlet that planted the seeds for a revolution. As Sean Callahan discusses this in this Linkedin piece, the pamphlet followed the core principles of content marketing. Its content consisted of simple, direct prose that the “everyday” person could understand, and the pamphlets were printed and distributed to every person that could read, regardless of social status. The pamphlet’s genius – and success – cam from the fact that it brought politics from the elite to the masses. Thomas Paine established himself (and the movement to the revolution) as a “thought leader” and won the trust of a massive amount of people, ultimately inciting action and effecting change: the American Revolution, followed by the Declaration of Independence.

The political leaders of today who will succeed in winning votes via their digital advertising efforts ought to take a cue from Thomas Paine. Create content that is forward-thinking and will incite change. More importantly, bring it to where the people are! Not just television sets! Thomas Paine’s words were simple and meaningful, yes, but would Common Sense have incited anything if it had not been widely distributed? No. Content means nothing if it is not distributed to people who can engage with it.

Today, ⅔  of consumers trust branded content more than traditional advertising, according to a Time Inc. study, and 70% of US internet users want to learn about products through content versus traditional advertisements (MDG Advertising). To engage voters, the solution hasn’t changed in 244 years: create powerful content. Distribute the content effectively.

Politicians already have a leg up with programmatic for another reason: access to high-quality data. Adexchanger recently interviewed Mark Jablonowski, CTO of the liberal ad tech company DSPolitical, who shed some light on political data sources: “Campaigns have relationships with political data vendors that provide way higher quality data than any commercial player out there could dream of producing. That’s due to the richness of data files purpose-built for politics.” But, he added, “There are access controls in place for that data,” not to mention that it’s “incredibly expensive.”

High-quality data ensures more targeted distribution, delivering contextually-relevant content to interested consumers. 96% of marketers agree that ads should be relevant to the context of the surrounding editorial content (Adweek). Access to such high-quality – and expensive – data would go to waste on poorly-delivered ads placed on irrelevant sites.

3. Native is the Natural Tactic for a Content Marketing Strategy

While Native Advertising might have a sticky history with politics – one particular Norwegian piece made headlines for misleading readers entirely with a paid candidate interview published under the guise journalism – the reality is Native still gains more trust and favorability with consumers than Display does. 71% of US internet users believe banner ads are more intrusive now than ever before (Millward Brown), while ⅔ of consumers find Native Ads interesting and informative (NAI).

Further, Native Ad engagement thrives when the ads are placed on contextually-relevant sites – achievable with high-quality data. Native Ads act as a content preview and match the form and function of the site. So, yes, a political ad targeted to a viewer on a site where they are reading about new Fall boots will seem creepy, but placed on a page of a news site discussing the upcoming election or last night’s debate will seem relevant. Relevant contextual placement catches the consumer when they are already seeking more information, all but guaranteeing engagement. When consumers are already seeking new information, they will welcome more content to engage with, especially if it is relevant, timely, and informative.

Political campaign advertising may have some catching up to do, but the ingredients are all there. With the right content and – more importantly – content distribution strategy, the next election may pull the best turnout yet. That’s some common sense we can all agree on. 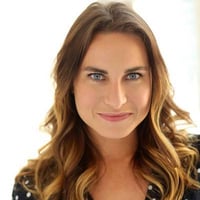 Charlotte Otremba is the Sr. Marketing and Communications Manager at Bidtellect, a performance platform for content-driven marketers: one platform to execute native campaigns, across all formats and devices – including text, imagery, and video with unparalleled scale.