We have said it so many times that, by now, we are almost (just, almost!) tired of repeating ourselves. But that doesn't make it less true: Native advertising is THE thing right now. But why is that so? And how do you become successful in your work with native advertising? Instead of us babbling away with our own answers, we want to take it to the next level, and let some of the absolute experts in native advertising give us the answers.

We have asked nine great native advertising experts about the popularity of the discipline, and will publish their answers here on the blog, one by one. And at the very end – to try and balance out the 'hallelujah' feel of native advertising on this blog – we will also let one disbeliever of native advertising speak his/her mind. So stay tuned, and follow our miniseries here. Let us introduce the eighth expert. Please welcome ...: 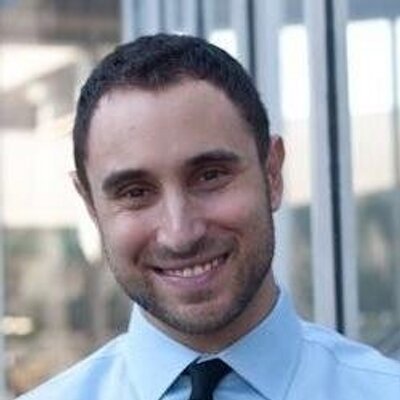 As vice president of marketing for The Atlantic, Sam Rosen leads brand strategy, integrated marketing, and Atlantic Re:think, the publication's in-house creative group. Previously, he served as vice president of social content for DigitasLBi, where he helped form a new national practice and guided brands on thought leadership strategy. Earlier in his career, he launched his own brand content agency, Evolution – before "content marketing" was really a thing – and, over the years, he has worked closely with Fortune 500 brands like IBM, Dow Chemical, CVS, Allstate, Netflix, and many others.

Why is native advertising so popular?

"To understand why native advertising is so popular, we have to understand the evolution of advertising, media, and mediums writ large. Well, that just sounds horribly academic, doesn’t it – so big, and abstruse, that it’s probably not worth the effort?

Fortunately, I agree. So let’s embark, instead, on a Very Abridged Version of Advertising History. We start with sellers yelling at buyers on the dirt-filled streets of the local market, sharing the good news that today, and just today, you could buy, say, two papayas for the price of one. We then move, after the invention of the printing press (cue Gutenberg), to sellers attempting to convince buyers, using the written word, that their product was, in fact, better than the competition’s. A bit more sophisticated, you could say. Fast-forward to the industrial era. Mass communication. Bernays, Burnett, Bernbach, Ogilvy. Now, it’s the seller’s job to persuade consumers, often subtly and artfully, that their products were essential to their lives—and, ultimately, personal fulfillment.

Freudian psychology. Maslow. Focus groups. We, the advertising community, got deep. But the communication platforms we were using were still one-to-many, and the mediums were still only few in number: namely, print, radio, and television. Enter the now-clichéd verity that the Internet came and along and changed everything. I know we all know that. But what we may not realize is that the Internet made native inevitable. Not just popular, or preferable, or convenient. No, inevitable.

Why? We’ll get there in a moment. Let’s define our terms first, though, shall we?

To be sure, what follows isn’t an industry-accepted definition – it’s mine alone – but I think it’s fairly inclusive (if I don’t mind saying so myself). Here goes: native advertising is the use of content – rather than standard display formats (e.g., banners, boxes, 30-second spots) – as advertising, in such a way that aligns with, or emulates, the format and/or sensibility of the environment(s) in which it exists.

Yes, it’s intentionally broad, and unfortunately verbose. But its inclusivity does mean that native is both the unit in your Facebook News Feed or Twitter stream and the article on a publisher’s site. Not one or the other. Here’s why that matters, and why we can’t bifurcate native into social platforms on one side and publishers on the other but, rather, need to see both as interrelated and intertwined:

When social emerged, brands (sellers) could no longer simply attempt to talk at consumers (buyers). They had to engage with them.

Sellers, in other words, couldn’t just be sellers anymore. They had to be participants, members, creators. Because that’s what buyers now were. What were all of their buyers creating? Content. As a result, sellers had to rely on content creation, and not just ads, to engage buyers.

In that historic transition, we have two trends: first, brands needing to play a participatory, creative role in consumers’ lives, and second, content increasingly becoming the central currency of consumer interaction online. Display advertising, as result, could no longer serve as the only vehicle for reaching potential buyers. After all, display ads, while today still important and valuable, are inherited from their historical analogs – they’re about getting “units” on “pages.” And, well, people are doing a lot more online these days than merely consuming, or reading, pages (or punching monkeys for the chance to win!): they’re creating, sharing, engaging, talking. Add to that picture that increasingly more pages began appearing online, with a kind of logarithmic ferocity. Billions of pages, in fact, and many with 5, 10, 20 ads per page. It shouldn’t be a surprise, then, that, over time, display metrics – like click-through rate – began to decline.

So, brands had to adapt. They had to. Social had already pushed them in the direction of acting as content creators. Growing consumer blindness to display advertising forced them to look toward other formats. What could they turn to? The currency of the internet, of course: content.

That’s the picture we see today: sellers who can’t just be sellers needing to engage, and not just persuade or convince or shout at, buyers who aren’t just buyers. How? In a content-centric world – think: Facebook Instant Articles, Apple News, Twitter Cards, LinkedIn Pulse – there’s only one way. You guessed it: it’s content. After all, brands have always had to adapt to the world we’re living in. When the world looked a lot like print, radio, and television, display was just fine. (In fact, there weren’t any other options.) But when it started to look like social, and cross-platform, and participatory, and became driven by things like engaging and sharing and not simply consuming, advertisers had to shift.

So, that’s why native isn’t only popular today, but inevitable – and not going anywhere any time soon."

How do you succeed with native advertising?

"I took up a lot of space with the previous answer, so I’m going to keep this one simple and short:

In another post, we can talk about scale and distribution and design and shareability and anything else technical or strategic in nature. But really, when it comes down to it, successful native – to me, at least – has to do with the same qualities that make any ad, or novel, or song, or work of art unforgettable: grit, work, blood, sweat, tears, and a certain je ne sais quoi.

And for better or worse, there’s no formula for that."

Sam Rosen from The Atlantic is one of many great experts and keynote speakers at the Native Advertising Days, October 19th - 20th, 2015 in Copenhagen.

Previous story
← 3 powerhouses to speak at Native Advertising Days
Next story
In the Spotlight: Pontus Staunstrup, head of content strategy and social media at PostNord →