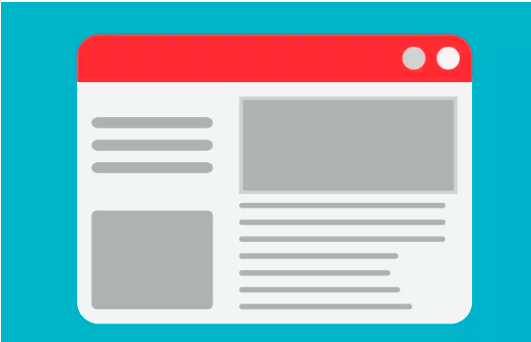 With the 2018 at the halfway mark, let's take a peek of some of the greatest examples of native on SoMe so far this year

As the year 2019 is about to reach its halfway point, I’d like to talk about five great examples of Native Advertising on Social Media. From YouTube to Facebook, there are multiple channels of Social Media that businesses have used to promote their products.

What is Native Advertising?

Before we get to the main article, we have to discuss what Native Advertising is. Native advertising is a form of promoting products in a way that does not feel like a blatant commercial to consumers. Native ads are usually found as sponsored content on a user’s social media feed and do not disrupt the reader’s browsing. When it comes to video, native ads are videos that entertain the viewer while subtly dropping hints of a brand.

One popular example of a native ad is Microsoft’s Browser You Love to Hate campaign. People love to browse videos on YouTube and, Microsoft found a way to divert the user’s attention from Internet Explorer, Microsoft’s “infamous” internet browser. Microsoft announced the launch of a new version of Internet Explorer by showcasing ¾ of a video with childhood memories of the 90’s and then dropping the Internet Explorer logo at the end of the commercial.

Native advertising is not limited to videos. Users may also see native advertisements on written content. Most of the time, native advertising that is written would include a banner found at the beginning of an article stating that the content is a promotional piece and does not necessarily reflect the views of the website where the article was posted.

Using native advertising can also turn a difficult topic into a topic that can be easily understandable. You could be the owner of a Denver SEO Company trying to educate customers about search engine optimization. Having a native advertisement that is entertaining and educational would simplify the concepts of SEO for customers who are not yet knowledgable about the subject matter.

We will discuss five great examples of Native Advertising and mention how each brand told a different story while promoting their products.

Shutterstock, a stock image and video website, was looking for a unique way to promote their product using stock footage. One of the ideas that came to mind was to create a parody of the Fyre Festival, an event that was promoted on social media with an exorbitantly expensive commercial.

The year 2017 saw the genesis of “Fyre Festival” one of the most infamous failed music festivals of all time. The Fyre Festival earned notoriety for advertising itself as a music festival like no other.  Event Organizer Billy McFarland became infamous for creating a music festival that scammed people of their money. Paying customers were promised private cabanas to stay in while enjoying music from top musicians while mingling with popular celebrities and social media influencers. Attendees were shocked when they arrived at the venue. Stages haphazardly constructed and guests were not given proper resting areas among other things. Overall, the event was a complete failure that caused a large stir on social media. The event was such a disaster that one of the most memorable items from the event was a picture of a plain cheese sandwich.

Using stock footage, the website was able to create a light-hearted parody of the Fyre Festival. The commercial was a promotion, disguised as the Fyre Festival, to use stock footage and video. Shutterstock’s YouTube video has already hit around 600,000 views with a ton of users making jokes about the failed music festival.

Australians are spending a lot of time on social media. Credit Card Company Visa teamed up with advertising agency BBDO to promote its mobile payments service with the help of popular comedian Ronny Chieng.

The video series is described as a parody of reality tv shows where a celebrity contestant is stranded in a country without physical cash. Luckily, Ronny Chieng has a Visa Mobile Payment App on his phone to promote the brand.

The YouTube video has reached more than 900,000 views since April 2nd.

The large reach of Facebook is visible because of the 3.2 Million views of the video compared to YouTube’s 900,00 views. Twitter’s reach is seen with almost two million views.

The Hilton may be more recognized for its heiress, Paris Hilton. Her claim to fame, however, comes from her grandfather’s popular hotel chain. A large number of hotels under the Hilton brand has resulted in many interesting stories but, one story stood out above the rest.

John Lennon and Yoko Ono had their famous bed-in protest in the Hilton Amsterdam in 1969. Lennon and Ono’s protest was a representation of the vision of Conrad Hilton  who wanted to “fill the Earth with the light and warmth of hospitality.” The Hilton hotel chain wanted to spread the word of peace and hospitality by telling stories of their workers who have made a difference.

To celebrate the 50th anniversary of Lennon and Ono’s protest, the Hilton Hotels released two videos on YouTube showing how their employees had made a difference in the world. The videos have a combined total of over 750,000 views showing that Lennon and Ono’s message of peace continues to live today.

Singapore is famous for its diverse food culture that has been featured in numerous articles, documentaries and other forms of storytelling. The Hawker Stalls have even been embraced by a global audience to represent the diversity of Singapore as a country. You’ll find different kinds of food in each Hawker Market.

National Geographic shows readers an example of native advertising in a sponsored article.

The first item you will see in the article is that the post is being sponsored by the Singaporean Ministry of Communications and Information. Readers will learn about the history of Singapore’s Hawker Stalls as the topic is in line with National Geographic’s theme of subjects such as society and culture.

Readers will notice another banner to remind them that the post is sponsored, once they reach the end of the article.

What makes the article a good example is that it uses an appealing topic while being an advertisement to visit Singapore. Readers would be looking at the image before the banner because of the interesting topic being featured.

Native advertising has become a great way for businesses to send a message across while promoting products. Business and creativity has found a home in native advertising because artists are able to flex their muscles while businesses can see products being promoted while still entertaining potential customers.

Users would be interested to consume a native ad because of the content included in the advertisements. Creating an advertisement doesn’t always mean the product being sold has to be blatant. Native Advertising has given viewers content that will entertain and educate us, even when being sold a product. 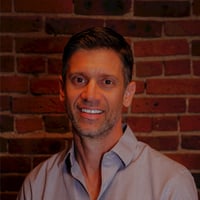 Dan Smink is Founder and President of C1 Partners, a rapidly growing digital marketing agency serving SMBs in the USA and Europe.