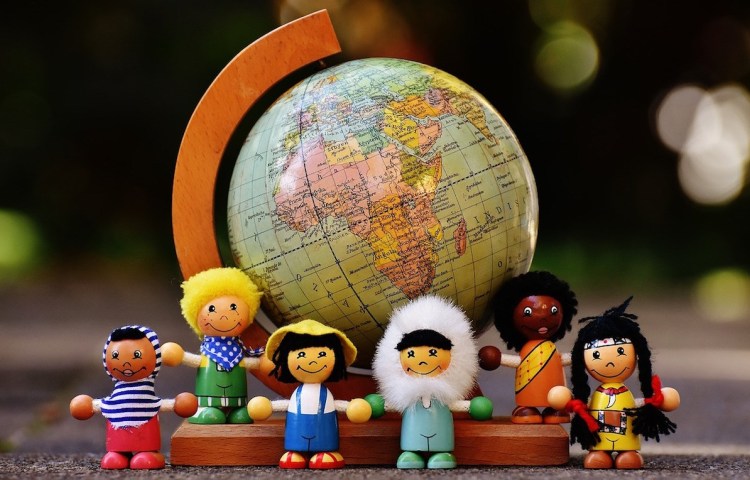 Globally the predictions are that advertisers over the next four years will be moving 25% of their marketing budgets from traditional advertising to native advertising and content marketing. This will represent the biggest structural shift since the emergence of TV-advertising.

The message from marketing bosses is that ad-blockers, advertising inefficiency, ad fraud, etc. are all contributing factors which will make more chose native advertising.

Avoid being slowed off and get inputs within 5 areas of native advertising that will get special attention in 2018:

The media opens a door for competing with the advertising agencies.

It is expected that more media companies, will create their own native advertising bureaus.

This will increase their chances of getting a much-needed cut in the marketing budgets. The efficiency of campaigns can improve when publishers deliver content of high quality, which is targeted to their specific target group. Based on the devise “Content is king, and who is the king in creating content? The editorial team”.

By doing so, the media opens a door for competing with the advertising agencies.

RELATED: 36 Experts Share Their Predictions for Native Advertising in 2018

The idea is that it is no longer “just” about creating a well-written advertorial, but about 360-degree campaigns with unique content that can work on various digital platforms and channels.

Hanza Media is an example of a media creating their own Native Ad Studio. Last year they won gold at Native Advertising Awards for best-integrated program with their campaign “The Good in Croatia”

It was the first Omni channel/360 degree native ad campaign for the launch of a new brand that combines nonconventional and traditional forms of communication through online and offline channels (online, mobile, print, event) in order to engage consumers in the vision of a good Croatia. As a result product sales rose by 37% 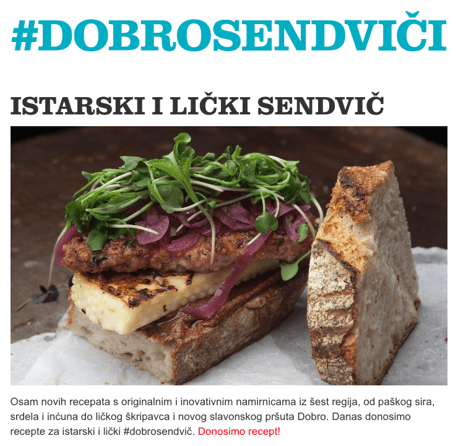 Consumers have more faith in online reviews than they have in family, friends, colleagues, and the brand itself.

The term “influencer marketing” covers a type of advertisement where companies make use of individual persons’ reach and image – often on social media – in order to spread a message.

A decrease in consumers' trust in brands and a rise in the number of users who avoid ads through ad-blocking combined with an increase in influencers’ popularity will boost the use of influencers in marketing.

Erin Lanuti, Chief Influence Strategist at MSL, told us at Native Advertising Days 2017 in Berlin about an analysis from eMarketer showing that online reviews are now the most trusted source of product information. This means, that the consumers have more faith in online reviews than they have in family, friends, colleagues, and the brand itself. 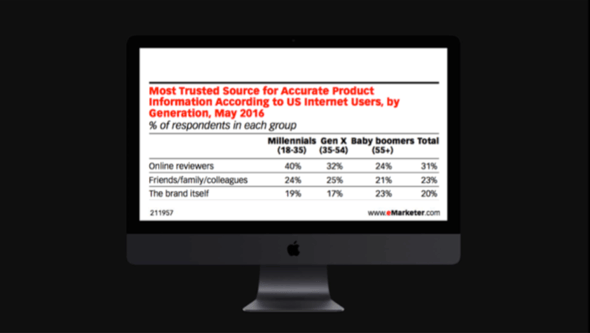 Strategic partnerships where brands and selected influencers work close together over a long period of time to create content will start to gain ground. An example is the supermarket chain that hires food-bloggers to do content in the form of videos, blog posts, the creating of content forums, participation in PR events etc.

An analysis from Havas Groups shows that people wouldn't care if 74% of brands they use would disappear tomorrow. This tells us that companies need to strengthen their brand and relation to the consumer, something that can be done through partnerships with influencers.

Mark Zuckerberg, the founder of Facebook, has described video as a megatrend that will have the same influence on company growth as mobile phones have had. The behaviour of Facebook is an important factor since they accounted for more than half the market for native advertising in 2017.

An area that is attracting much interest right now is live streaming. A format that is possible through social media like Facebook, Twitter, and Instagram. The growth in video advertising is partly caused by the fact that it is considered to be one of the most effective native ads formats. In 2019, videos are expected to account for 80% of all Internet traffic.

As of today, we see a lack of standards in relation to procurement of native advertising.

As of today, we see a lack of standards in relation to the procurement of native advertising. For example, there is a difference in the formats offered by the different media, whether or not it is the medium or the advertiser who draw up the ad, which landing page is allowed, and whether a commission has to be paid.

This is in part caused by native ads still being a relatively new format. At the same time, it is a format that in some media organizations has demanded a political manoeuvring in relation to journalists, who have not necessarily been advocates for the concept. This is why the general approach is careful and characterized by trial and error.

As the market for native ads develops, we will be seeing an increase in standardization of formats throughout 2018 caused by a rising demand from purchasers and publishers that in general have been positive towards native ads.

In general, mobile native ads outperform traditional displays on a range of parameters.

RELATED: 7 Mobile Native Advertising Trends to Watch for in 2018

In general, mobile native ads outperform traditional displays on a range of parameters. As a result, the focus on replacing display ads with native ads will increase. Furthermore, more mobile users demand a “cleaner” advertising layout, which native ads can contribute to. In sum, advertisers should develop their strategies from the mobile-first perspective.

But this does not mean that we should plug in the autopilot and just ride the wave. Native advertising also has its weaknesses and pitfalls.

Native advertising has seen a huge growth in the last couple of years and a lot seems to suggest that this development will continue. But this does not mean that we should plug in the autopilot and just ride the wave. Native advertising also has its weaknesses and pitfalls.

Native ads are first and foremost a product that can create engagement with users, as well as change attitudes and preferences if used right. However, one weakness can be how to create a sufficient coverage within the target group.

Let us have a focus in areas where we set the bar high so that we do not end up with similar problems that digital displays are struggling with, such as banner blindness, robot-generated clicks, ad-blocking etc.

See more predictions from 36 outstanding experts in the industry. 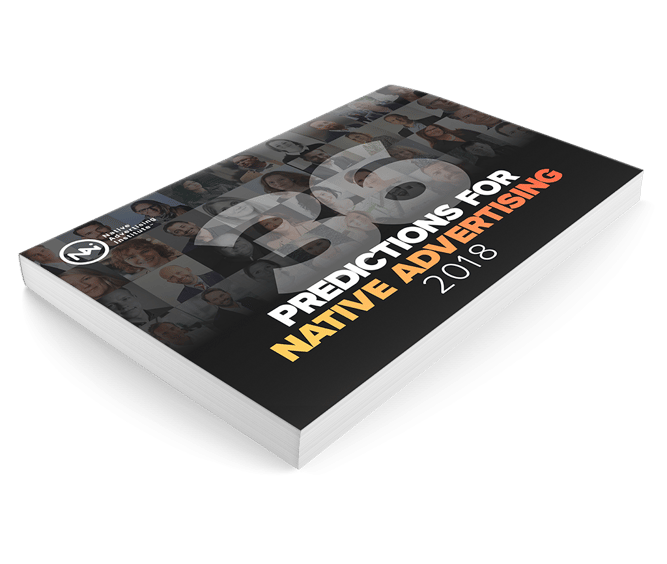 Previous story
← Small Changes in Disclosures Can Have a Big Impact on Ad Recognition
Next story
Should We Have a Global Standard for Labelling Native Advertising? →

These Stories on Influencer Marketing

5 KPIs You Need To Know When Evaluating Influencers

How to Use Influencer Marketing in B2B

The 5 Most Important Takeaways from Native Advertising DAYS 2018