Engaging the audience, activating the viewers, getting the readers involved. There are lots of ways to explain user activation which only underlines how important this can be in a successful native advertising campaign.

Simply exposing the audience to a video or a text-only article can certainly be enough. But getting the audiences involved in the content – one way or another – seems to be a very successful method for creating great native advertising.

We know this because several of the award-winning cases from Native Advertising Awards 2017 did exactly this. And this year, we have chosen to recognize the importance of user activation in native advertising campaigns by introducing an entirely new category to the awards program: Best Native Advertising User Activation Campaign.

We have pulled out some examples from last year that show exactly how this can be done for your inspiration.

Consumers were invited to answer the question ‘What is good in Croatia?’ and the answers showed up as a pin within the map.

1. Engaging the readers with questions

The leading agriculture and food company in Croatia, Zito Group, wanted to raise awareness of their new brand “Good”. With the help from the Native Ad Studio of Hanza Media, they created a 360 native ad campaign focusing on all the good in Croatia.

The central part of the campaign was the interactive map of good things in Croatia. Consumers were invited to answer the question ‘What is good in Croatia?’ and the answers showed up as a pin within the map.

Through the map, 317,000 consumers could see more than 1100 arguments about what is good in Croatia. All named by their peers.

The audience dictated the development of the live stream as their comments inspired new activities and show developments.

Gonzo Media live-streamed Denmark’s biggest LAN-party #GGFestival to promote the brand and the company behind the festival - Gonzo Media themselves.

Gonzo Media executed this strategy by arranging fun and original event, happenings, and contents, as well as interviews with and takeovers by its content creators. All in a very relaxed tone, constantly inviting the viewers to chime in via the chat.

Users actively engaged directly in a conversation powered by an advertiser

3. Chatting with users about the brand

To reposition Volvo as a key luxury player in the automobile industry, a conversational interface was set up in Quartz’ news app so that users of the app were greeted with an SMS-style conversation about the new S90 luxury sedan.

The campaign had an overall click-through rate of 2.57% from the Quartz Mobile News App to the Volvo S90 landing page.

Users spent 2x as much time compared to Quartz’ benchmark.

To position Bank of America as a progressive thought leader, Quartz extracted data insights and created an interactive infographic.

The interactive graphic took a highly visual approach to a data-heavy feature, distilling WEF’s rankings into a “web” of competitiveness that invited readers to compare different countries against one another and examine the metrics that affect global competitiveness.

The content achieved an interaction rate 4x greater than the typical Quartz benchmark and users spent 2x as much time compared to Quartz’ benchmark and averaged around 24 actions per visit.

5. Interacting with users via AI

To grow awareness of UBS’s “Nobel Perspectives” content and engage High-Net-Worth Individuals, T Brand Studio created a native advertising piece in which they implemented the chatbot Rose, a five-chapter article, and a short documentary-style video.

As well as interaction with the chatbot, the long-form article and video saw an average scroll rate (how far down the page people got) of 68.4%. 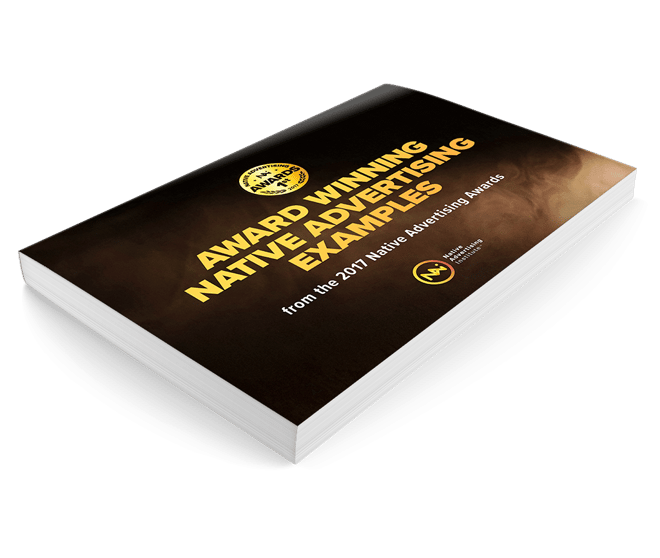