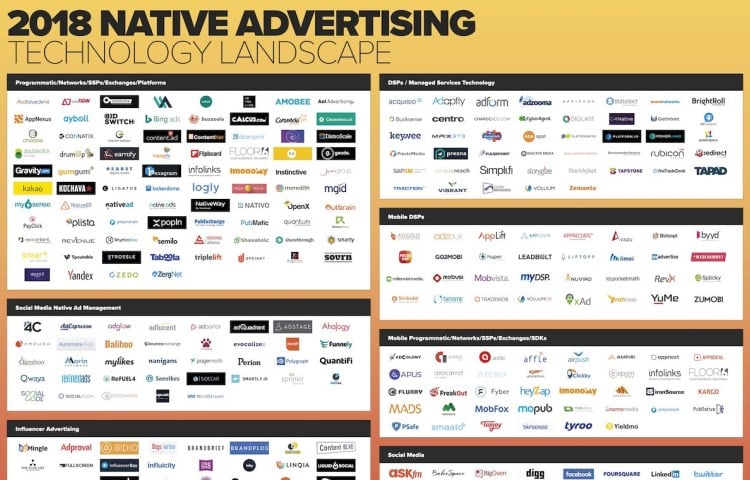 In 2017 the Native Advertising Institute (NAI) took on an ambitious project to map the entire native advertising technology landscape. It was a lot of hard work, but it paid off.

It was never done completely before but received a lot of positive feedback and it was decided to make this an annual tradition. Therefore, NAI continued after publishing last year’s landscape to add to the list of technology vendors throughout the year and will continue to this year, as well. So, with the new year comes the updated landscape.

Once again, our hope is that this effort will help move forward this emerging industry.

I and NAI are proud to announce the release of the 2018 native advertising technology landscape. Several new categories have been added this year. The number of vendors has grown from 272 to 402, reflecting the predicted growth trajectory for native advertising as a discipline.

Like last year, the new landscape also reflects the global focus of NAI. It includes vendors that exclusively operate in Russia, Germany, Middle East, China, Switzerland, Turkey, UK, and many others. Many vendors are truly global in their reach. This research was produced to act as a resource for publishers, marketers, advertisers, media buyers, communicators, and ad tech folks. 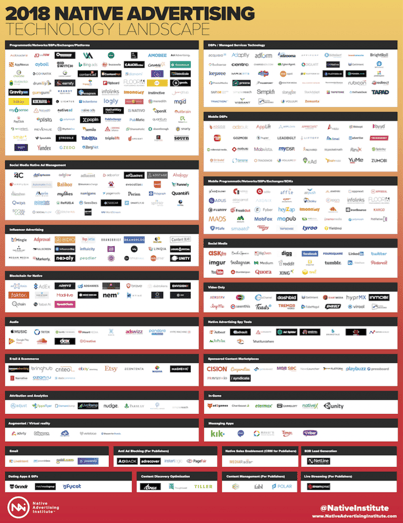 In order for a vendor to make this list it had to meet two criteria:

Since native advertising terminology varies across geographies, marketing departments and publishers, it’s important to shed some light on some of the language associated with the industry. Most content marketers and some publishers aren’t necessarily experienced online media buyers or ad tech folks.

As this is the second year of this research we’re finally able to compare and contrast the changes in the landscape. Some interesting insights were discovered: 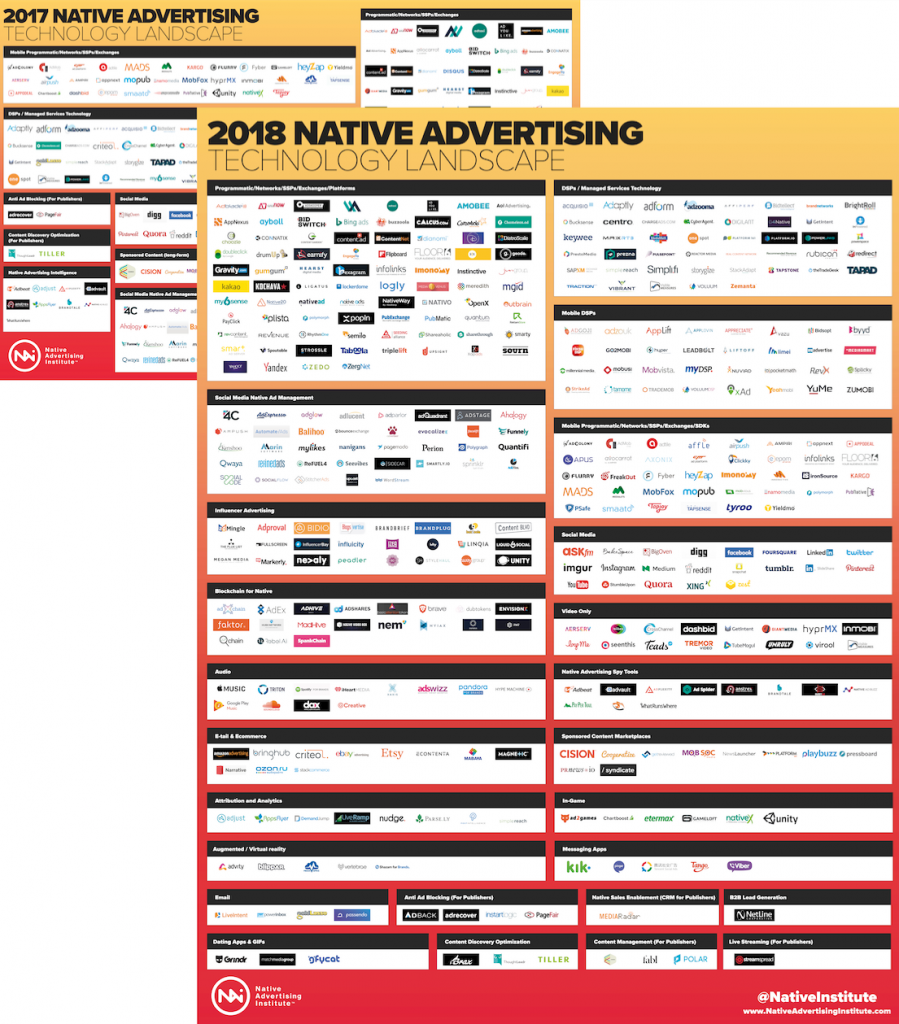 It’s surprising that there weren’t more acquisitions and churn throughout the course of the year as more and more native ad tech companies are looking for their share of the year over year growth from native adoption. The overall growth of the native advertising technology vertical was a bit surprising, though. A whole new technology was introduced to the landscape this year – blockchain. This and the growth in the other categories helped drive the overall growth rate to nearly 50%.

Based on overall category growth, influencer advertising is moving the fastest. This isn’t surprising given its popularity among marketers today. It also appears that mobile DSPs and social media native ad management vendors may have hit near their peak saturation in the marketplace. It doesn’t look like there’s much room for new vendors. Perhaps we’ll start seeing consolidation and acquisitions in these two categories throughout the year.

That said, many of the new companies that were added did indeed exist when this landscape was put together last year. However, some of them didn’t come on our radar until later on in the year. This will likely happen this year, too. If any native ad tech companies are missing, please mention in the comments or email NAI at hello(at)nativeadvertisinginstitute(dot)com

Broadly speaking, the categories fall under one of four descriptive areas

With the exception of the live streaming category, all publisher-only technology falls under either measurement/intelligence or enablement. 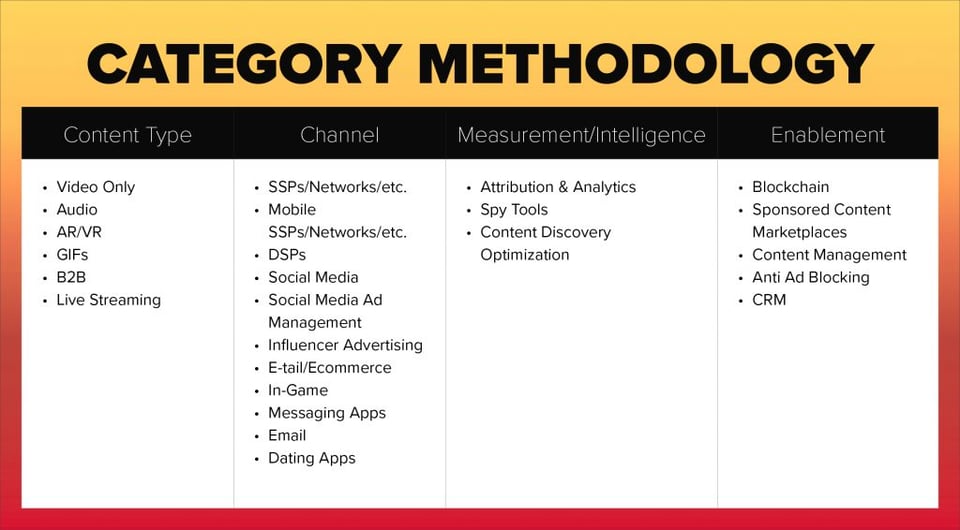 Compared to last year, the category changes that were made are much more helpful to navigate and understand. The trickiest category to fill is still programmatic/networks/SSPs/exchanges/platforms – both mobile-only and device agnostic.

Between the two of them, they represent the largest group of native advertising technology and are the most challenging to organize. There’s so much crossover in their subcategories that a vendor could potentially fall anywhere in the graphic below. 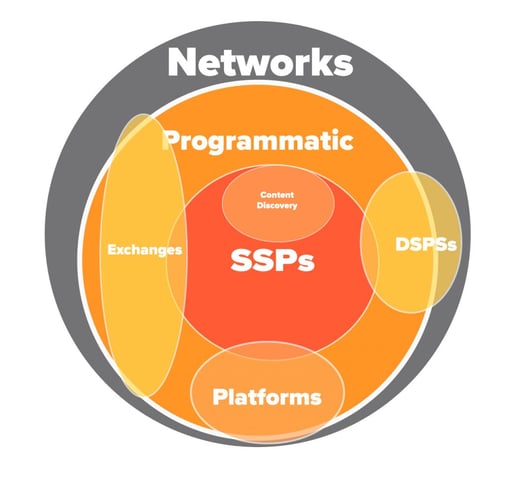 Some of these vendors could be placed in up to six of the sub-categories represented above. Some are both DSPs and SSPs, or programmatic platforms and exchanges. The easiest fix to overcome this categorization problem was to separate DSP-only vendors and place them in their own category. Everyone else that claimed programmatic, network, SSP, exchange or platform were all placed together. In the case of mobile-only, many vendors also considered themselves SDKs, too.

Another subcategory that several vendors claim is content discovery. These are all programmatic SSPs and networks, thus, they’re placed in the greater category. If anyone has any suggestions on a better way to attack this category, please share in the comments or email NAI at hello(a)nativeadvertisinginstitute(dot)com.

Also, categories specifically labeled as mobile are mobile-only. That does not mean that other solutions can’t be used for mobile native advertising, too. Device agnostic vendors with mobile capability are not labeled as mobile. The same holds true for video-only. Many vendors do video and other content types. However, we felt it was important to separate the vendors that focus exclusively on video content.

In addition, only influencer advertising vendors were considered for this landscape – those vendors offering solutions to connect brands with influencers AND help facilitate a quid pro quo (typically monetary) transaction. That makes the vendor paid media which is required based on the above native advertising definition. Vendors that don’t provide the capability of transacting a quid pro quo operation were excluded.

Lastly, while the IAB does consider PPC native advertising, we chose not to include those vendors in the landscape. Based on the IAB’s categories, PPC would be considered the most mature native channel online with nearly two decades of thought leadership behind it. We decided to steer clear and let the PPC experts tackle their technology landscape.

Fifteen new categories were added this year to provide more clarity and usefulness. Two categories were eliminated and busted up into additional categories. It was also important to highlight the content format where appropriate, so potential users could better navigate the landscape based on their needs.

Categories that are bolded are new this year, ones that are in italics are from last year, and the categories with strikethroughs were eliminated. The first six categories are all new and fall under the broader “content type.” This was done to make navigating the landscape simpler for readers.

Your feedback on this annual tradition is deeply appreciated. It’s this feedback we use to make the outcome of our research the most impactful for you. If we missed your native ad tech company this year, please let us know so we can include you in next year’s.

Everyone is highly encouraged to leave a feedback below or to NAI directly at hello(at)nativeadvertisinginstitute(dot)com.

Just like last year, not a single vendor represented in the above landscape paid NAI or myself to influence this project whatsoever. It was an organic effort and shall remain one. With nearly a 50% YoY increase in native advertising technology vendors, what do you think next year will bring?

Could the growth of this vertical stagnate due to acquisitions and consolidation? The media spend on native will certainly continue to grow. It’s estimated to break $28 billion dollars in 2018 in the US alone – and that’s just programmatic.

At its current rate of growth, we would see a total of 685 native ad tech vendors next year. Maybe the rate will slow down or even increase. We won’t know the answers to any of these questions until 2019.

In the meantime, this research and a bonus chapter on programmatic native advertising best practices are laid out in a full ebook available as a free download.

Also, don’t forget that most of these vendors are featured in NAIs Native Advertising Technology Directory – complete with links, contact information, descriptions, and in some cases, additional media. Let NAI know if you need to be featured or if you would like to upgrade your account to premium and appear at the top of your list and include more information on your profile. Contact NAI at hello(at)nativeadvertisinginstitute(dot)com. 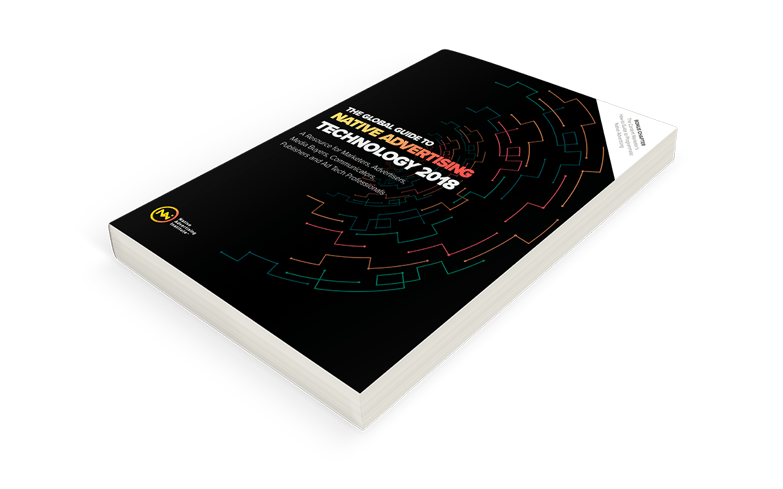