After reading a fascinating article on Contently’s, The Content Strategist, called, A Brief History of Native Advertising, I asked myself, “Is their example from 1900 to 1910 really the oldest?” I decided to seek out an answer.

Some of you that decide to click over and check out the Contently article might question whether some of the examples are actually native advertising. Others may even question if my example is native advertising, so let’s get that out of the way now.

A simple definition of native advertising

There’s a lot of different definitions out there for what native advertising is. At the Native Advertising Institute we keep it pretty simple and straightforward:

Native advertising is paid advertising where the ad matches the form, feel and function of the content of the media on which it appears.

Each example presented in the article mentioned above meets this definition. The content delivered via the media examples don't all reside at the top of the funnel (or buyer’s journey) like we’re used to seeing in present-day programmatic native, social, and sponsored content. Where the content resides in the funnel does not impact whether certain paid media meets the definition of native advertising.

Take the below magazine advertorial as an example. Clearly this form of native advertising is trying to sell something. The content doesn’t have to be top-funnel like Netflix’s The Orange is the New Black to be considered native. 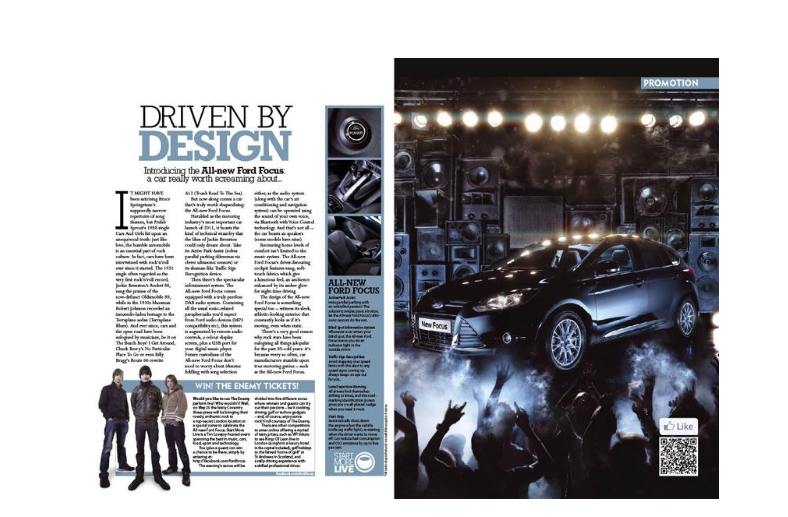 However, if marketers and advertisers have properly mapped out their buyer’s journey, paid media, including native advertising, should closely mirror the subsequent content production. Thus, resembling a funnel. That’s why much of the native advertising we see today isn’t trying to sell anything.

Native is the most ideal paid channel for top-funnel content because of its propensity to match the form, feel and function of the content which surrounds it.

Celebrity endorsements are the most well-known form of influencer advertising. However, with the rise of the Internet came a new breed of celebrity – the YouTuber, Instagrammer, etc. See that product in Kim Kardashian’s latest web video? How about that carefully placed brand mention by Bieber on Twitter?

Brands do influencer marketing and advertising in order to get in front of the audiences they influence.

Based on the definition, isn’t influencer advertising in this manner native advertising, too? It’s paid, it matches the form, feel and function of the content, and the media.

Yes, influencer advertising is a type of native advertising. In fact, there are technologies, websites and services built expressly to connect brands with influencers for paid advertising opportunities. Here are just a few:

In 1883, William “Buffalo Bill” Cody, formed Buffalo Bill’s Wild West. He’s credited for making this genre of entertainment popular in the US and Europe for several decades to come.

He was a famous man in his own right. Even before he started his traveling show. His fame brought many fans and his business was a success. However, the moment he put Sitting Bull (Custard’s Last Stand fame) on his posters in 1885 he did influencer advertising.

He knew that this individual had an audience attached to him and by putting him on posters his company would benefit whether he was in the show or not. Now I know what some of you are thinking;

How’s that any different than hiring Tom Cruise to be in your movie and putting him on a poster?

Here’s where it’s different. Tom Cruise is an actor. Actors act – that’s what they do. Sitting Bull wasn’t an entertainer or showman. He was the spiritual and political leader of his people. He was just as much infamous as he was famous.

There were few forms of media at the time – newspapers, books, magazines, bullhorn and rudimentary signage (posters). If a company wanted attention those were their main options. This was an ongoing show that ran for decades.

RELATED: What to Look Out For With Influencers in Native Advertising

Sitting Bull was free to jump in and out of the show as he chose, and did. In fact, Sitting Bull only did it for a year. These posters were kept and treasured by many people for a long time. In fact, there are many in existence today.

The influence and fame of Sitting Bull benefited the company for decades because a poster from 1885 could drive subsequent consumers to action in 1901.

How to do native advertising: 25 world class examples [free e-book] 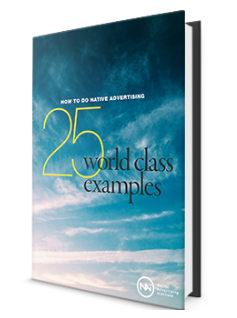